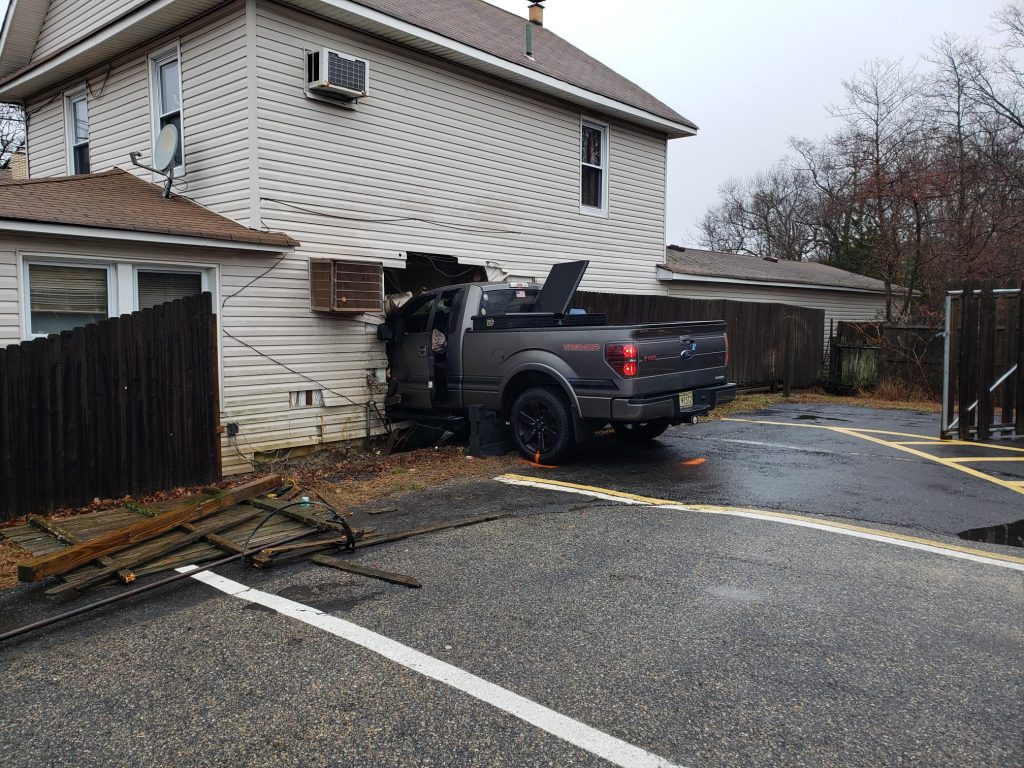 A Brick Township woman was killed Tuesday morning after a pickup truck slammed into her home at 372 Drum Point Road.

The 8:48 a.m. crash claimed the life of 55-year old Barbara Anne Filan, who was in bed in the living room due to a medical condition. The 2014 Ford F-150 pickup truck that crashed into the outer wall into the living room was being driven by William McEvoy, 86, of Toronto Drive, police said.

The accident drew emergency crews from across town as well as Ocean County sheriff’s officers. Police and fire personnel worked to rescue all of the involved parties and clear debris, Sgt. Jim Kelly said in a statement. The county prosecutor’s office and the sheriff’s office assisted the Traffic Safety Unit to investigate the crash.


McEvoy was extricated from his vehicle and transported to Ocean Medical Center for precautionary observation.

“This is a tragic accident made all the more difficult by the time of year,” said Police Chief Jim Riccio, in the statement, offering his condolences to the family.

No charges have been filed and the investigation is ongoing, Kelly said.