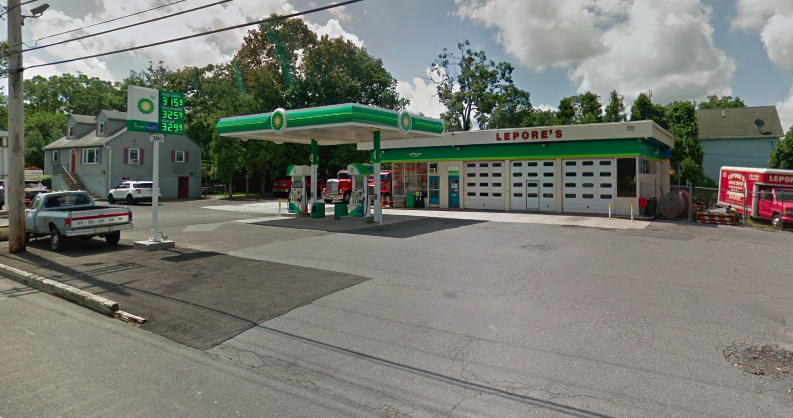 A Brick service station may be retiring its wrenches and polishing its silverware.

Lepore’s, a service station that has long been in business on Herbertsville Road under several gasoline brand names, has applied for permission from the township’s planning board to remove the service bays from its facility and turn the space into a restaurant. The existing gas station, now operating under the BP brand, would remain.

According to documents filed with the board, Lepore’s, under its formal corporate name Brick Petroleum LLC, will seek a use variance to convert an existing one-story building to a 33-seat grill/luncheonette and a small office space to support the existing gas station on site, which is proposed to remain open. The modifications to the existing building will include an approximately 42 square foot addition to its front left corner, which will effectively “square off” the building, the board notice said. Also, new curbing, curb islands, sidewalks and handicap curb ramps, and landscaping are proposed.


The building, located at 380 Herbertsville Road, will be improved overall as part of the project. The proposed work includes new site lighting, on-site walkways, a new refuse enclosure, a decorative stone outdoor seating area with 2 picnic tables and a bike rack.

A variance is required due to the pre-existing gas station. The service bays will be removed to accommodate the luncheonette, which is a permitted use.

A hearing on the project will be held Jan. 15 at 7 p.m. at the township municipal complex. Because a use variance is being sought, a supermajority of board members must vote in favor of granting the relief in order for the plan to move forward.