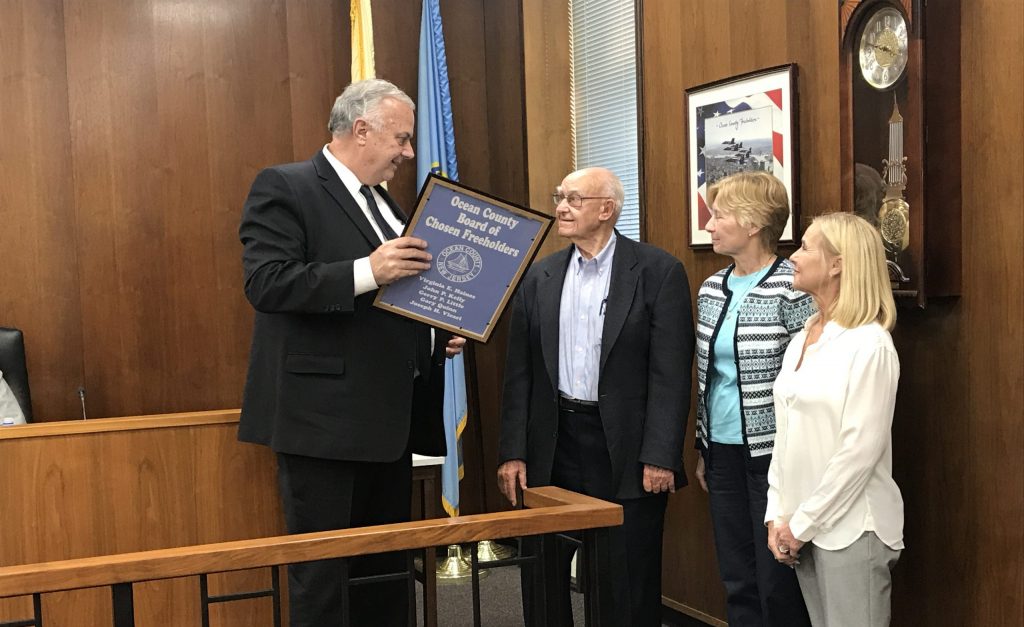 Turnover the the Ocean County Planning Board won’t leave Brick underrepresented on the countywide body – and for one retiring member, it was the bittersweet end of a family tradition this week.

Donald Bertrand, a longtime Brick resident who has served on the board, retired after 25 years in the unpaid, volunteer role. He was thanked by the county freeholders at their meeting Wednesday and given a plaque for his service. Bertrand replaced his father on the board when he was first appointed.

“I had the pleasure of serving as the liaison to the planning board for three years and it was a pleasure serving with you,” Freeholder Virginia Haines told Bertrand, as his family looked on. “I can’t thank you enough for the years of dedication you’ve given to the people of Ocean County.”


“I really appreciate this,” said Bertrand. “I know Gerry [Little] got me into the planning board to take my father’s place. He was here when George Buckwald was here.”

Moving forward, a former Brick Township Board of Adjustment member will fill the seat left behind by Bertrand.

Though rarely in the news, the Ocean County Planning Board reviews all subdivisions of land within Ocean County and makes determinations on proposals for development along county roads or which affects county property. It consist of eight members.