Shutdown of Brick’s Bayside Park for Reconstruction Work is Imminent 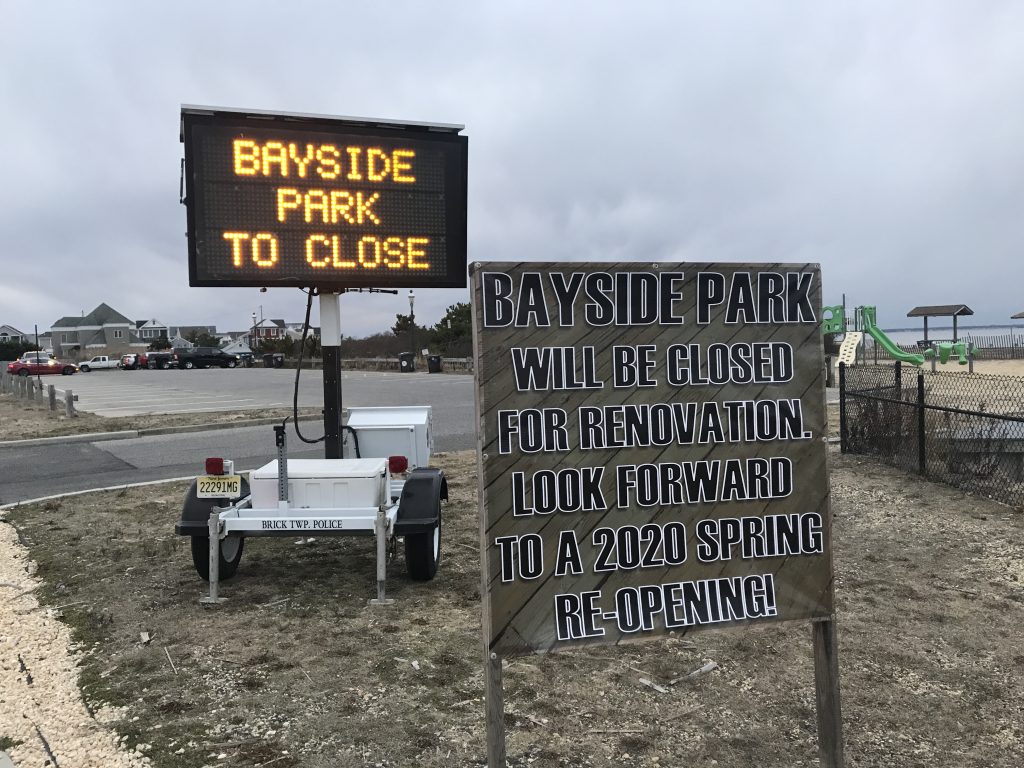 It’s probably the best place in Brick to view those cool winter sunsets on Barnegat Bay, but year-round residents will have to sacrifice a few months’ worth of views in order to enjoy a beautiful new park come spring.

The township this week placed signs and a lighted advisory board at Bayside Park along Route 35 to let residents know that the park, which has remained in poor condition since it was heavily damaged in Superstorm Sandy, will be shut down to the public so it can be rebuilt over the winter. 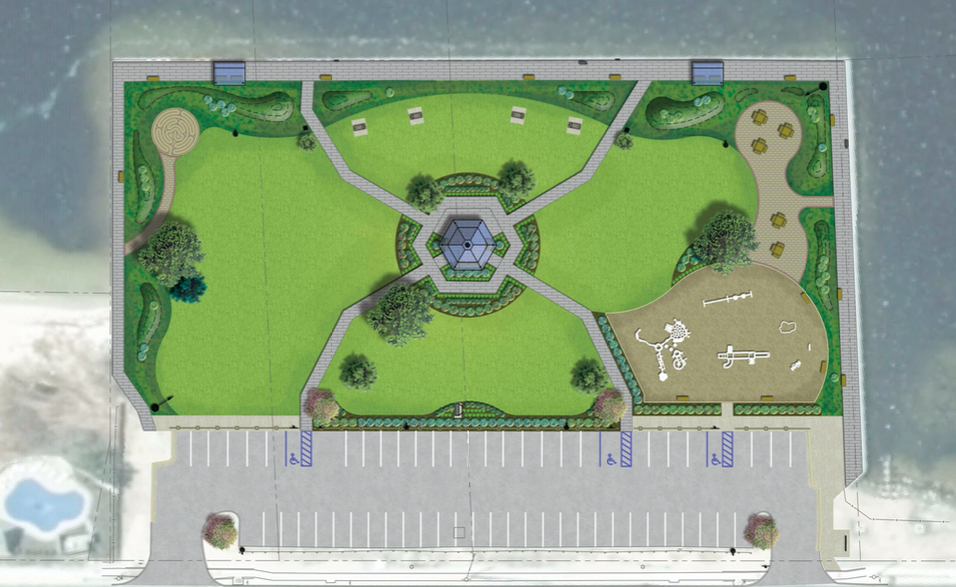 Officials say the reopening of the park is already being planned for the week of the Memorial Day holiday this spring to usher in summer – and the new, scenic park with a host of new attractions.

The rebuilt park will feature extensive amenities, including fish cleaning and bait stations, a meditation “zen” garden (which may be used for waterside yoga practice) plus brand new playground equipment for children. Additionally, a cornhole game will be located at the park.

There will also be a new gazebo, new boardwalk and new bulkheading.

The park is located on Barnegat Bay, along Route 35 south opposite Brick Beach III.

In November, the township council awarded a a $722,022 contract to Price Construction, of Freehold, to undertake the rebuild. In a separate measure, the governing body awarded an $84,690 contract to Albert Marine, of Waretown, to rebuild the bulkhead and boardwalk.