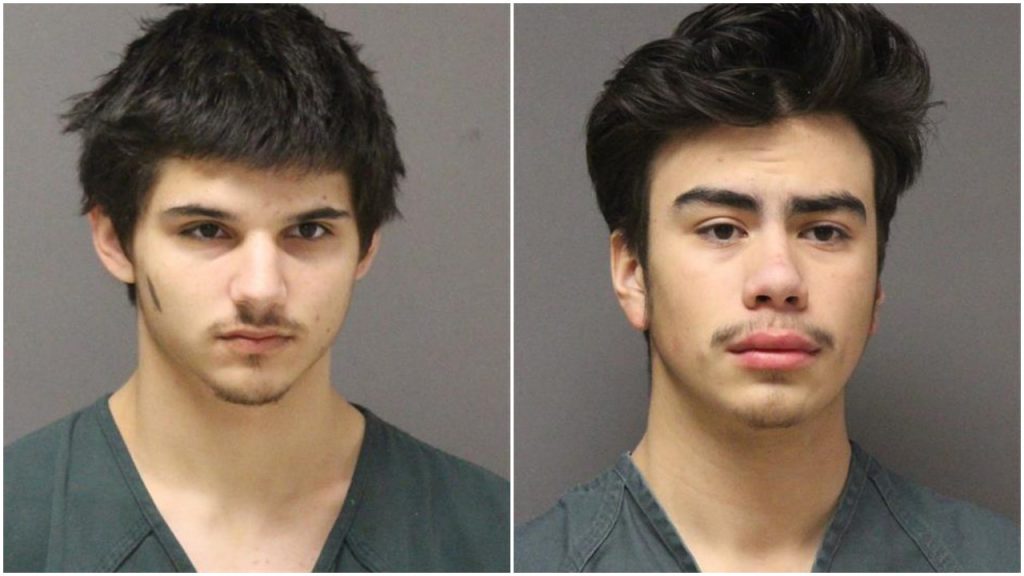 An 18-year-old Brick Township man and an 18-year-old Toms River man are both in jail following the attempted armed robbery of a home in Brick, police said Friday.

The incident occurred shortly after 4 p.m. Thursday, when Brick police officers were called to a home on Wilson Court. The person who called police said a man wearing a ski mask, armed with a handgun, was attempting to enter the home. According to Sgt. Jim Kelly, the homeowner reported that upon confronting the suspect, he ran to a waiting vehicle and entered as a passenger.

The homeowner was able to provide a detailed description of the vehicle to police, Kelly said, and after further investigation it was determined that the suspects were attempting to rob a 16-year-old male who was leaving the residence.


The suspect vehicle was later located, unoccupied, at a residence in Point Pleasant Borough. With the assistance of the Point Pleasant Borough Police Department, detectives from the Brick Township Police Department and the Brick Township Police Street Crimes Unit were able to identify and arrest the two suspects – David Lavroff, 18, of Toms River and James Clark, 18, of Brick.

Both are currently being held in the Ocean County Jail, Kelly said. The investigation is ongoing and anyone with information is asked to contact Detective Brian Farnkopf at 732-262-4611 or Detective Michael Bennett at 732-262-1122.