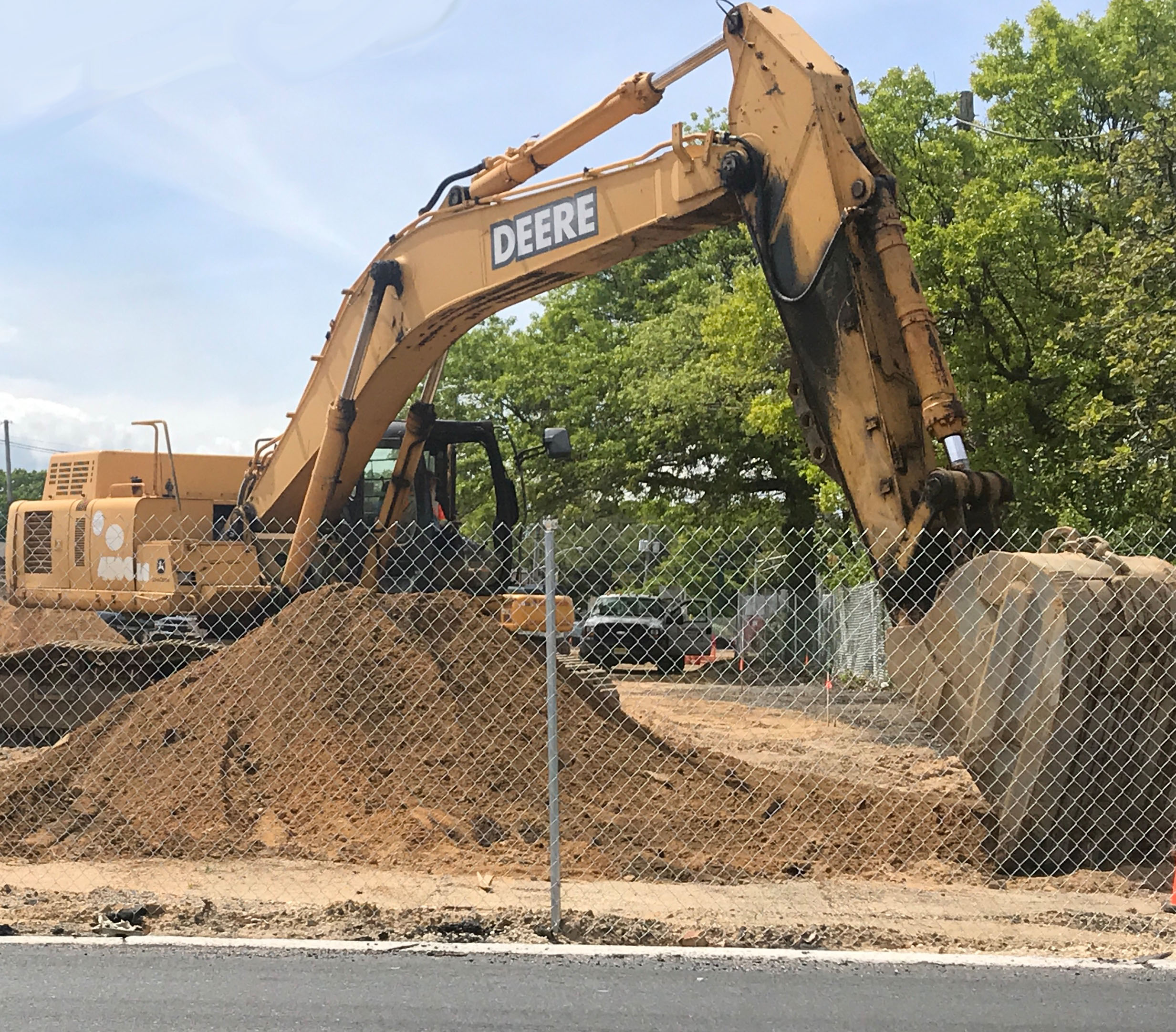 The distinctive Jersey Paddler building that once occupied the busy intersection of routes 70 and 88 in Brick – characterized by rustic charm and chic modern angles – has been demolished.

Crews over the past several weeks have torn down the building following the dissolution of Jersey Paddler in 2016 and an approval in 2018 to build a Royal Farms gas station and market store. Royal Farms, ubiquitous in Maryland and Virginia, has been making inroads in the South Jersey market for several years, providing competition to regional staples Wawa and QuickChek. 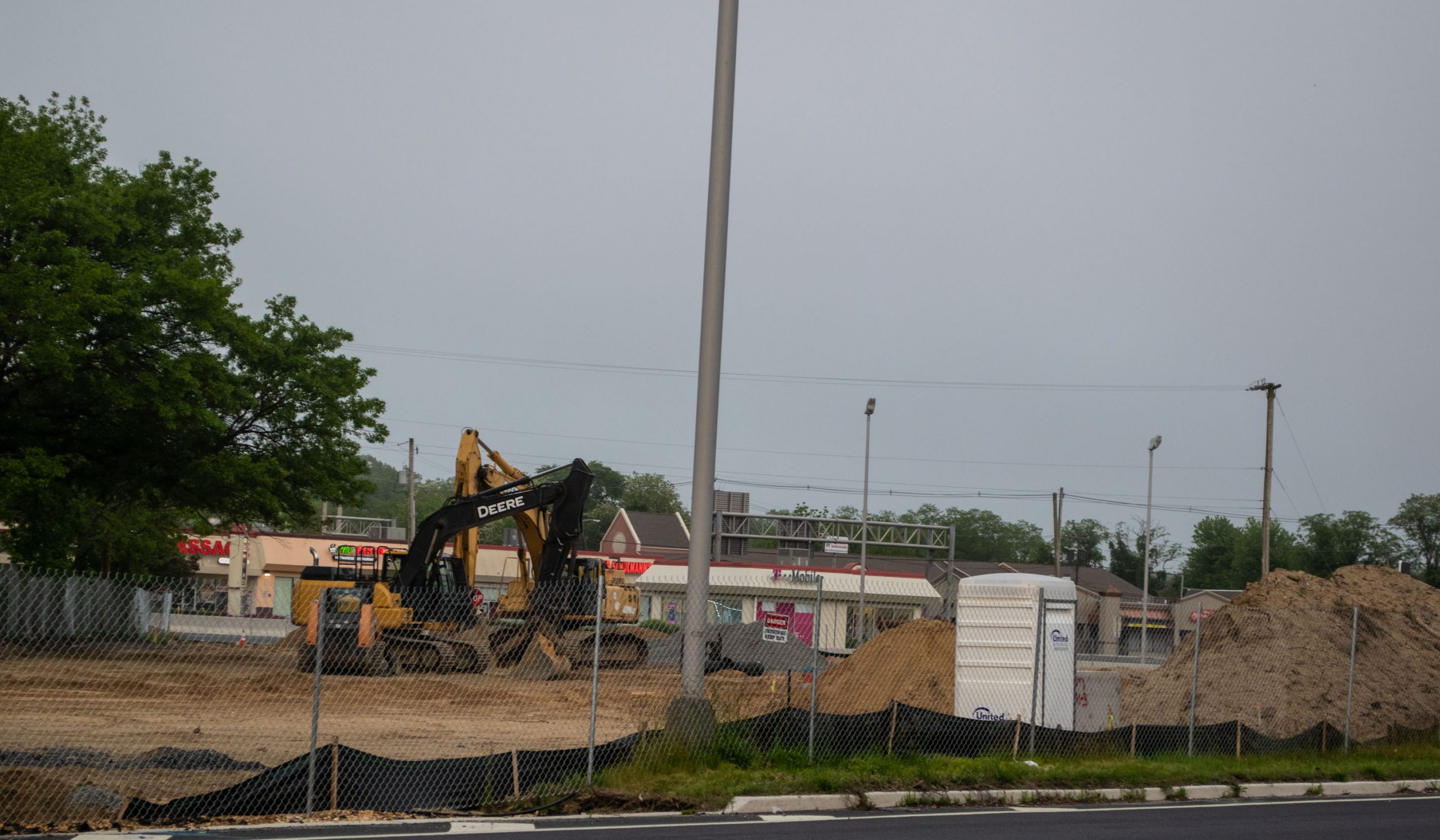 The ‘super’ version of Royal Farms – known for its fried chicken and fresh sandwiches – will take up the entirety of the former Jersey Paddler building, its storage and parking areas, plus green space around the massive plot at the confluence of the two highways.

Entrances and exits will be located on Route 70, Route 88 and Olden Street – a smaller road between the two highways that also leads to the Brick Diner. The intersection of Olden Street and Route 70, one-half of a jug-handle which has been a source of frustration for motorists, will be modified. 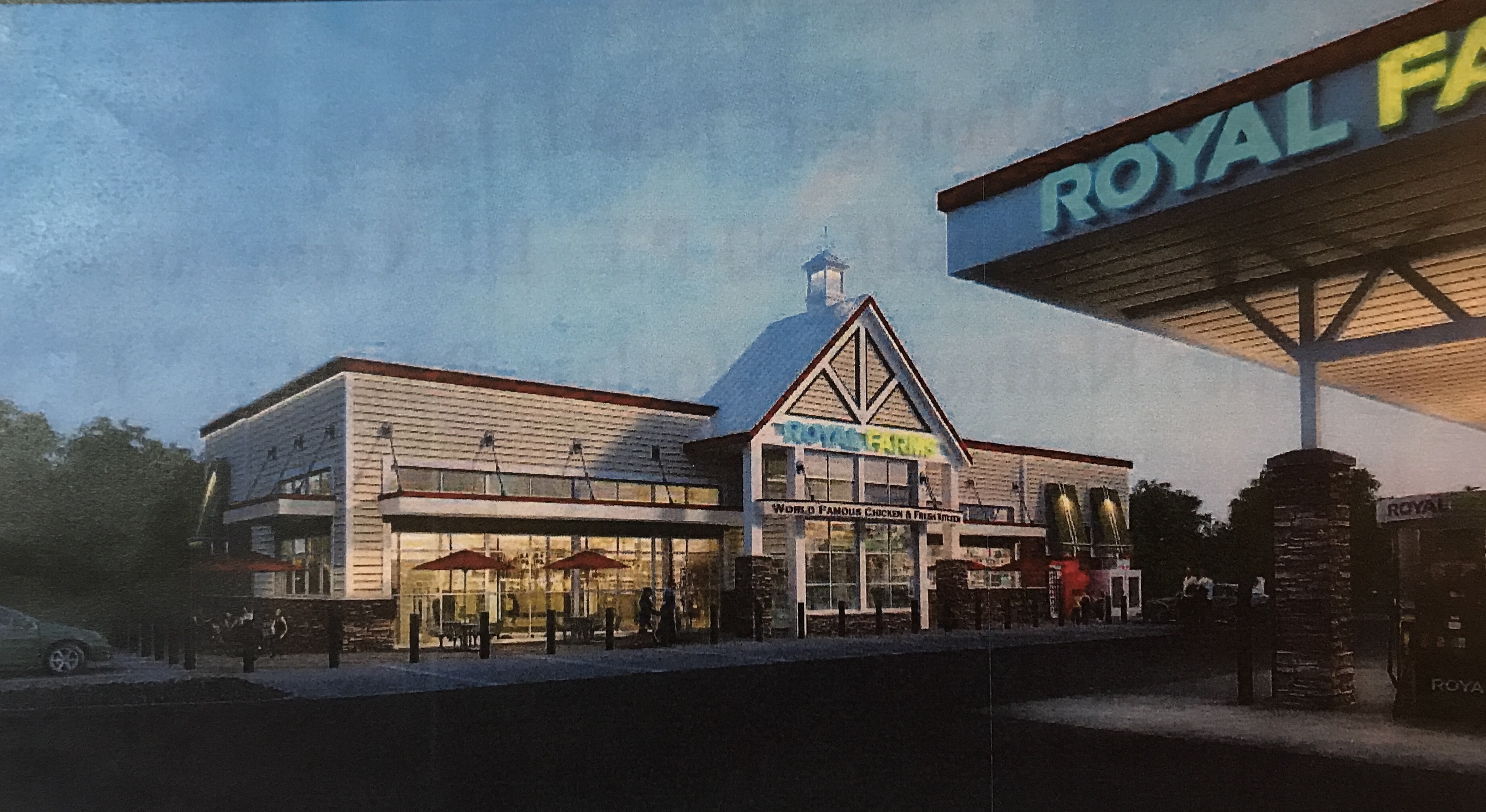 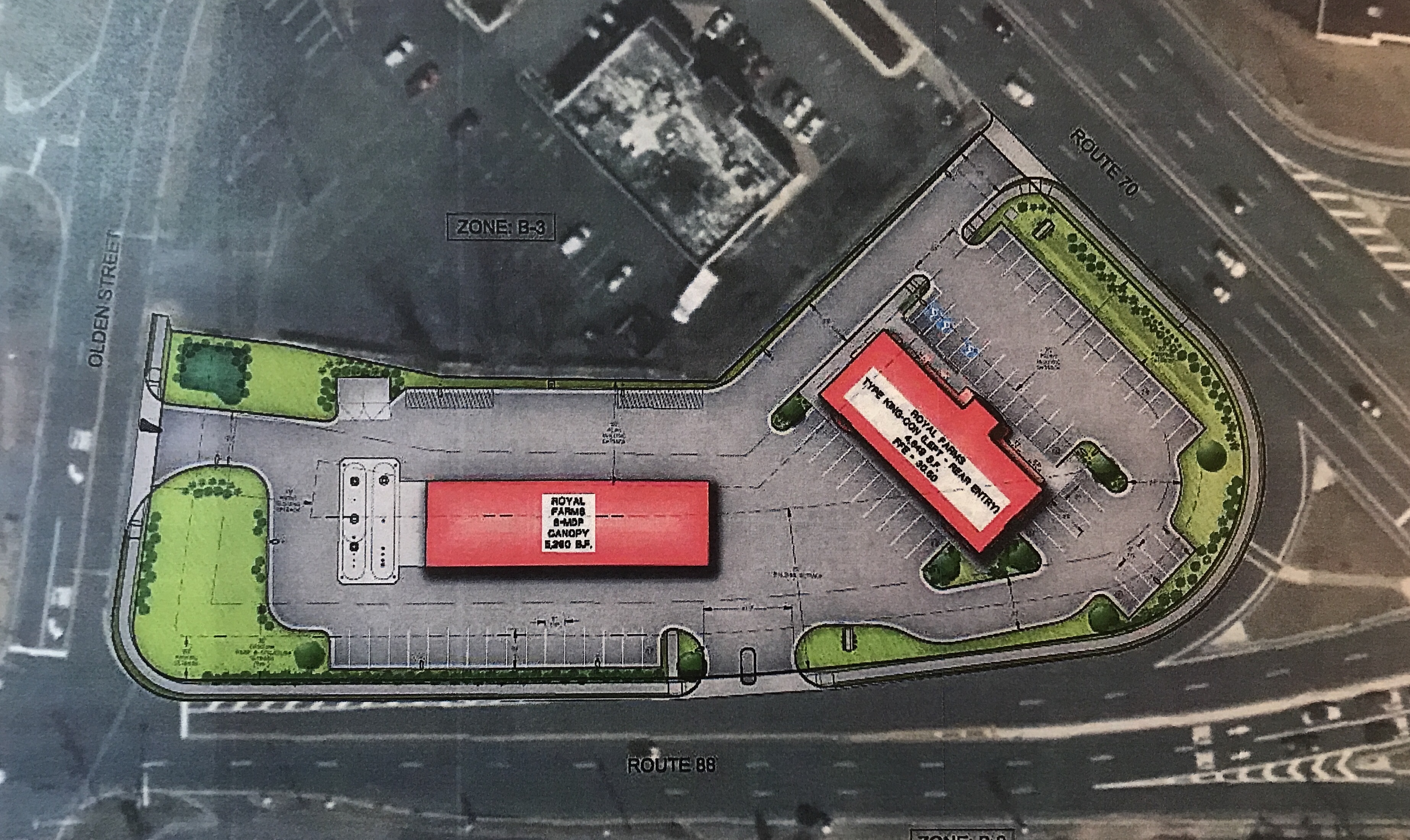 Royal Farms will also make significant improvements to surrounding streets, said Nathan Mosley, the engineer for the project, at the time of the store’s approval before Brick Township’s planning board. The company will pay for pedestrian connectivity between Route 88 and Olden Street, handicap-accessible ramps, pedestrian push-button controls for the traffic light and a new traffic light that features a countdown timer. The developer will also add new sidewalks and crosswalks on all four sides of the intersection.

Royal Farms’ representatives also agreed to install an outdoor sprinkler system, and said it is standard practice in the company to give landscapers “carte blanche” to keep up the grounds of the property. Any trees that will have to be taken down will be replaced by mature trees. 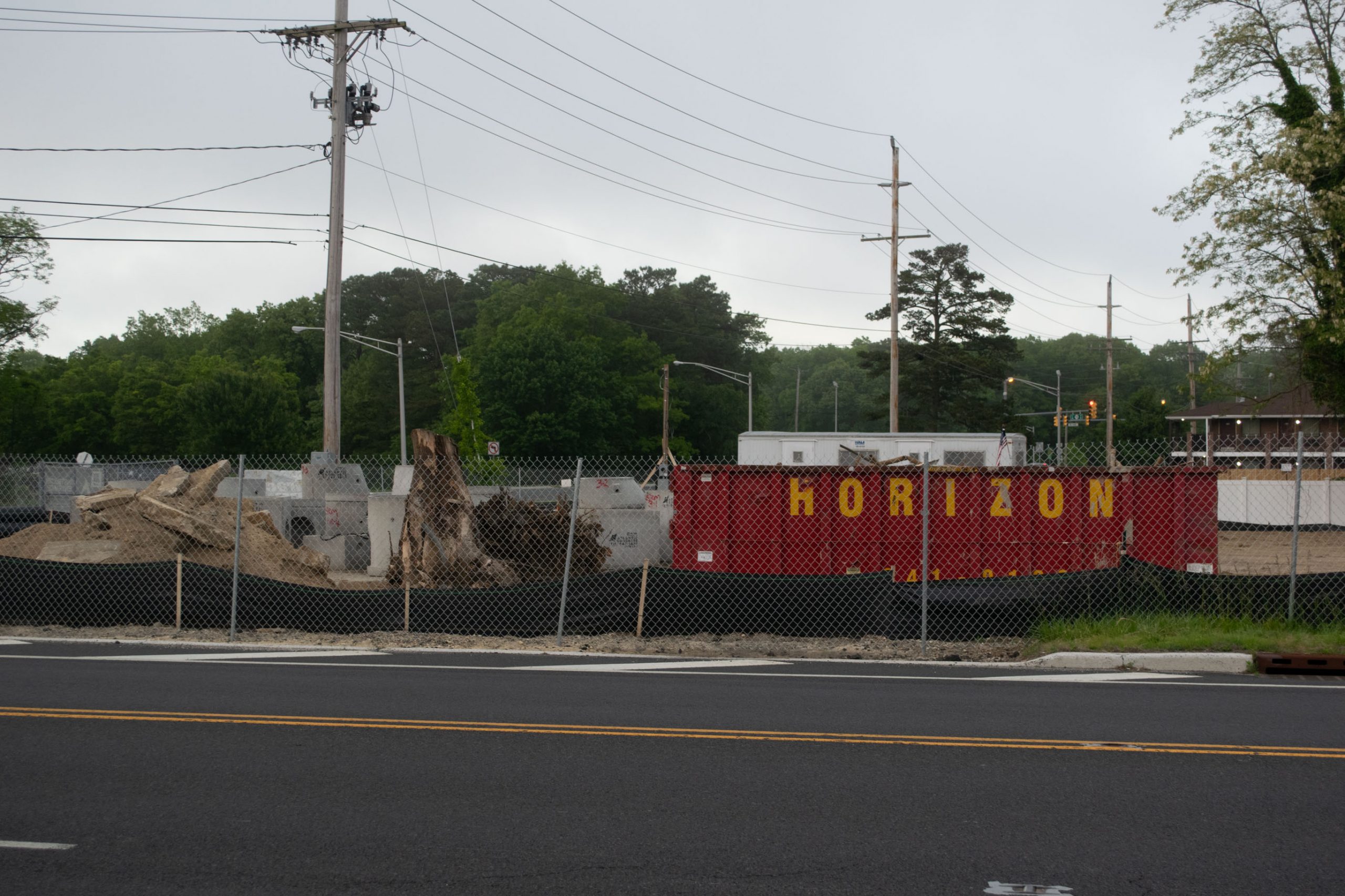 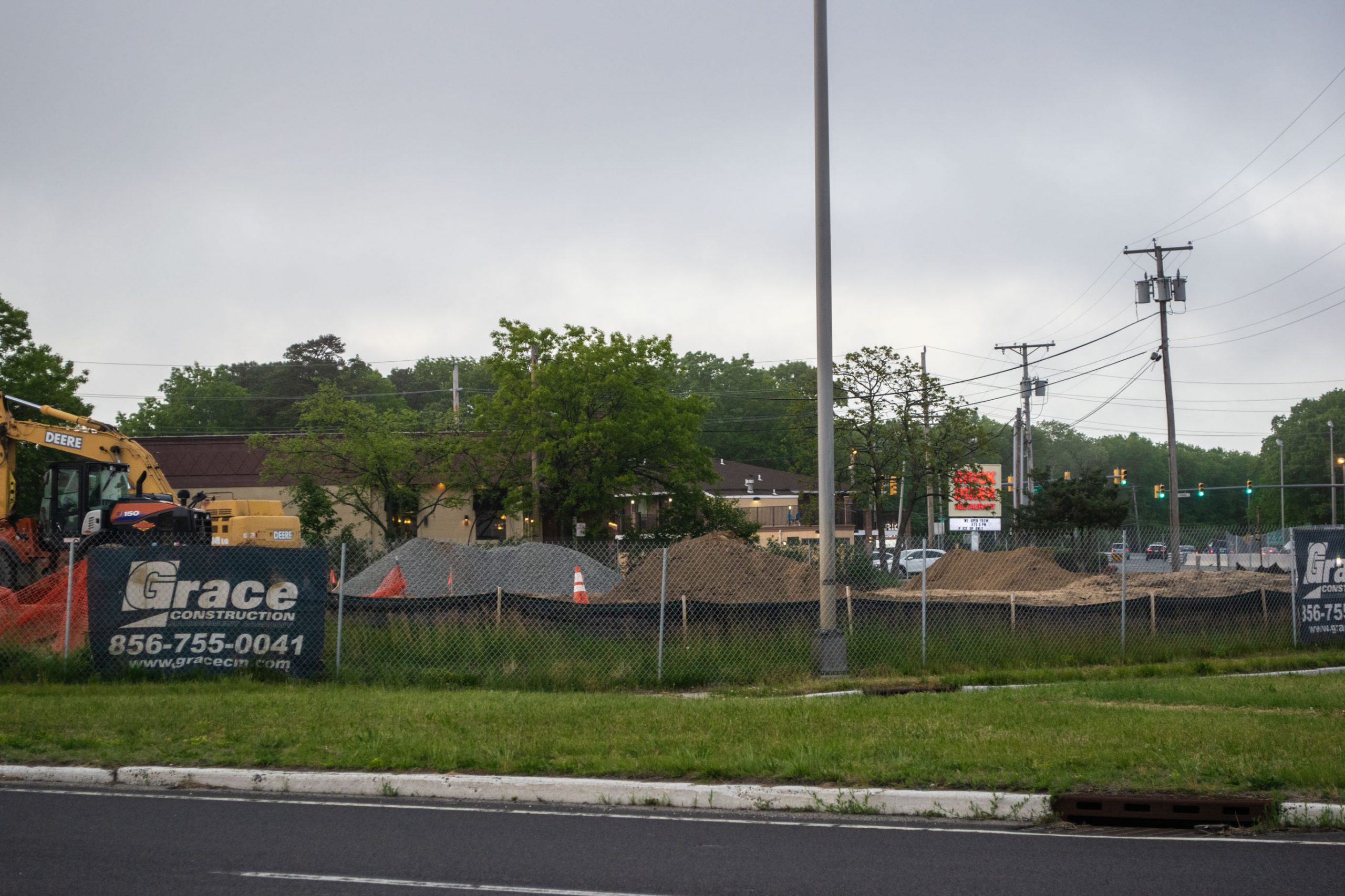 While super convenience stores are a modern phenomenon, the idea of a gas station at the intersection comes with its own roots. Indeed, the plot was home to a filling station and garage before Jersey Paddler opened its doors.

Royal Farms has dishes that include breakfast all day and night, chicken sandwiches, burgers and hot dogs, fries, party platters and a wide variety of sandwiches.

The chain operates about 200 locations and is growing quickly. Royal Farms is based in Baltimore and has locations in Maryland, Virginia, Delaware and Pennsylvania. It entered the southern New Jersey market over the last few years.