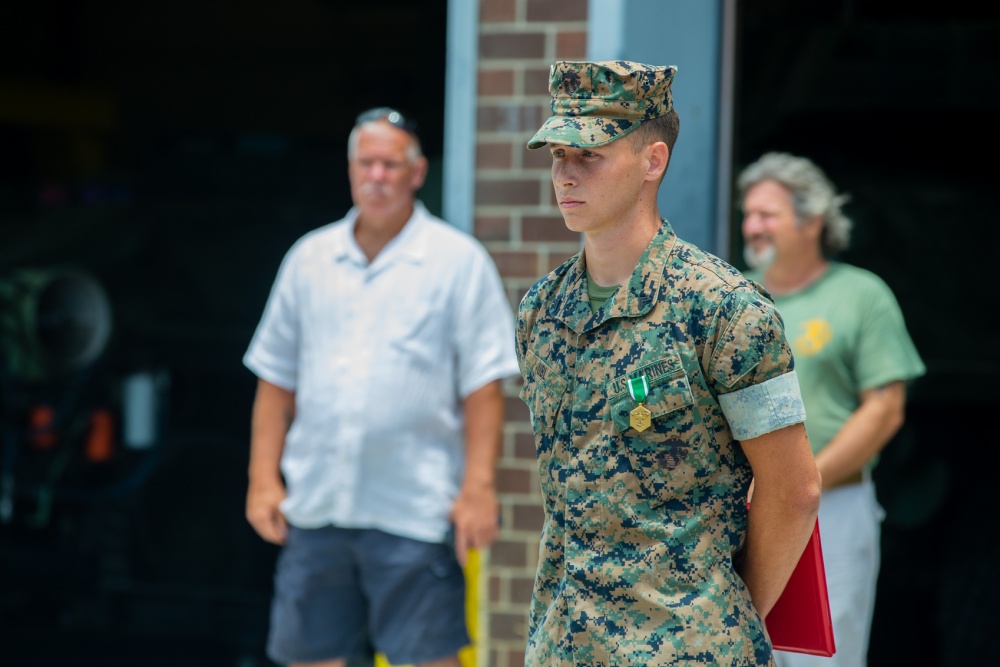 A United States Marine from Brick Township has been awarded a commendation medal for rendering life-saving first aid to an unresponsive man in Richlands, North Carolina.

On December 16, 2019, Ubl drove through Richlands, North Carolina when he noticed a man lying unresponsive on the ground in the vicinity of a gas station. Without hesitation, he secured the area and immediately proceeded with rescue measures until paramedics arrived to treat the man.


“My first thought was to make sure no one else was hurt and then I stepped in and started doing CPR and chest compressions to try to get a pulse back,” Ubl said. “I just wanted to keep him breathing until the ambulance got there.”

Ubl performed CPR for 15 minutes on the unconscious civilian, which ultimately contributed to saving the man’s life. Even after first responders arrived, Ubl continued to assist by utilizing their automated external defibrillator.

“I was tired and my shoulders were giving out, but the adrenaline just kicked in and I gave my best and helped out however I could.” said Ubl. “I was just being a good person. This is what we train for, this is what we do, and helping another person is the best thing we can do.”

Aside from the basic Tactical Combat Casualty Care skills taught in Marine Corps basic training, Ubl had no prior experience with first aid. According to his command, Ubl is a humble Marine who brings pride to his unit on a daily basis.

“Cpl. Ubl is the kind of Marine that never asks for any sort of recognition or praise,” said Capt. Robert Mortenson, the company commander of Alpha Co., 2nd LAR. “He’s not out to gain accolades but is one of the hardest working Marines in the company. So, it was no surprise me that he was the one who saved that man’s life.” 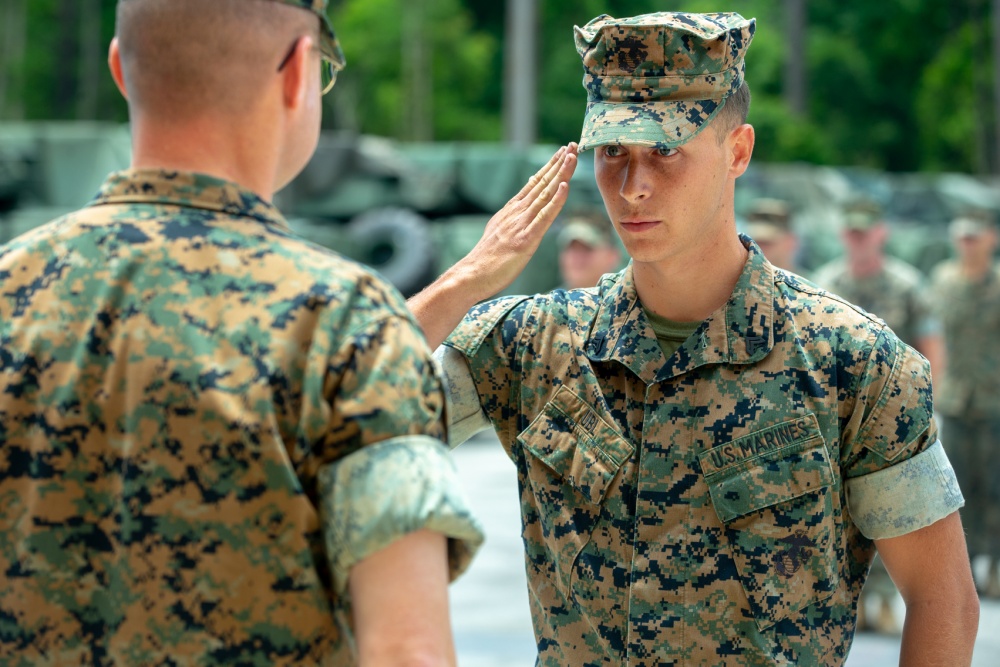 When the unit heard the news of their Marine’s heroic actions, they jumped into action to acknowledge Ubl as an example to the Marines around him.

“We immediately started talking about how we can recognize him for this,” Mortenson said. “Most people are going to drive right by, but the fact that Cpl. Ubl stopped and took charge of the situation to save a man’s life, that’s the kind of marine that we want to recognize. This is what Marines do on a daily basis; we rise above the expectations of the average person.”

2d LAR recognized Ubl’s initiative and perseverance under extreme pressure through a ceremony where he was awarded a NAVCOMM for keeping with the highest traditions of the Marine Corps and the United States Naval Service. His selfless efforts and quick thinking stand as a reminder of the Marine Corps’ core values of Honor, Courage, and Commitment.

“Everyone says I’m a hero, but I feel like anyone else would have done the same thing,” said Ubl. “Just because I did it doesn’t make me special. I was just the right person at the right time.”