UPDATE WEDNESDAY AFTERNOON: Point Pleasant Beach Mayor Paul Kanitra said his town was “treated like a toilet” by partygoers who descended on the resort community Tuesday afternoon and evening. As initial photos showed, mounds of refuse left behind left the beach in a poor condition.

“I didn’t get much sleep last night,” Kanitra said.

The mayor said there were reports of drinking and smoking marijuana in public as well as people urinating on private property. He emphasized in a Facebook Live session on Tuesday that comments about the race of the partygoers, who were overwhelmingly black, would not be tolerated. The party, officials said, was simply that: a party – not an extension of protests ongoing nationwide following the death of George Floyd at the hands of a Minneapolis police officer.


“Point Pleasant Beach is not going to be anyone’s dumping ground no matter where they are from or what they look like,” Kanitra said. “At the heart of the matter yesterday we had a bunch of disrespectful young people looking for a good time and not caring at all how they acted in the process. That’s what matters.”

“Our town was treated like an absolute toilet yesterday,” he went on to say. “While it appears to be an isolated incident, if we don’t want to be a spring break-like destination and we want to keep young idiots from scaring away respectful families, things need to change.”

Kanitra announced that 30 special police officers will be added to the ranks of the borough’s police department June 20 and will focus on quality-of-life crimes, including drinking and smoking marijuana in public and throwing trash out of car windows.

A large gathering of young people who apparently arrived en masse to Point Pleasant Beach via train and car on Tuesday evening led to a police response that drew dozens of units from multiple police departments.

Crowds began gathering in the late afternoon hours and swelled to between several hundreds to 1,000 attendees by 7 p.m., when police called for backup, primarily from the Ocean County Sheriff’s Department and Brick Township. The event took officials by surprise, with the group gathering on the beach itself near areas of Jenkinson’s Boardwalk and Martell’s. Rumors flew all night Tuesday that an undisclosed rap artist may have been making an appearance, and that an unknown – but specific – organizer may have used social media to promote the beach party and charged some form of admission.

“Law enforcement personnel have been called in from neighboring towns to ensure a calm and orderly (dispersal) of the crowd,” Mayor Paul Kinitra said in a statement at about 9 p.m. “We expect a full resolution over the next few hours.”

It took hours for police to clear the crowds in the same town that was one of the last to reopen its boardwalk amidst the coronavirus crisis and has placed an immense emphasis on social distancing for the 2020 summer season. Photos published on social media sites showed the beach strewn with trash, from bottles to food items and various paper products. Despite the littering, there were no confirmed arrests and violent incidents seemed to be limited to a few person-to-person scuffles. 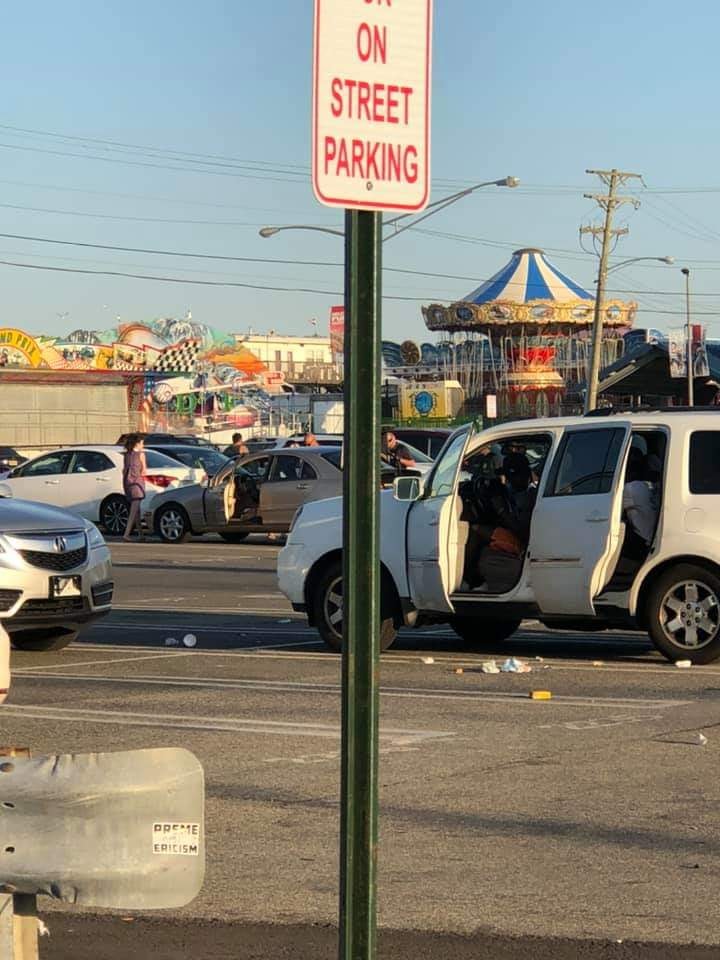 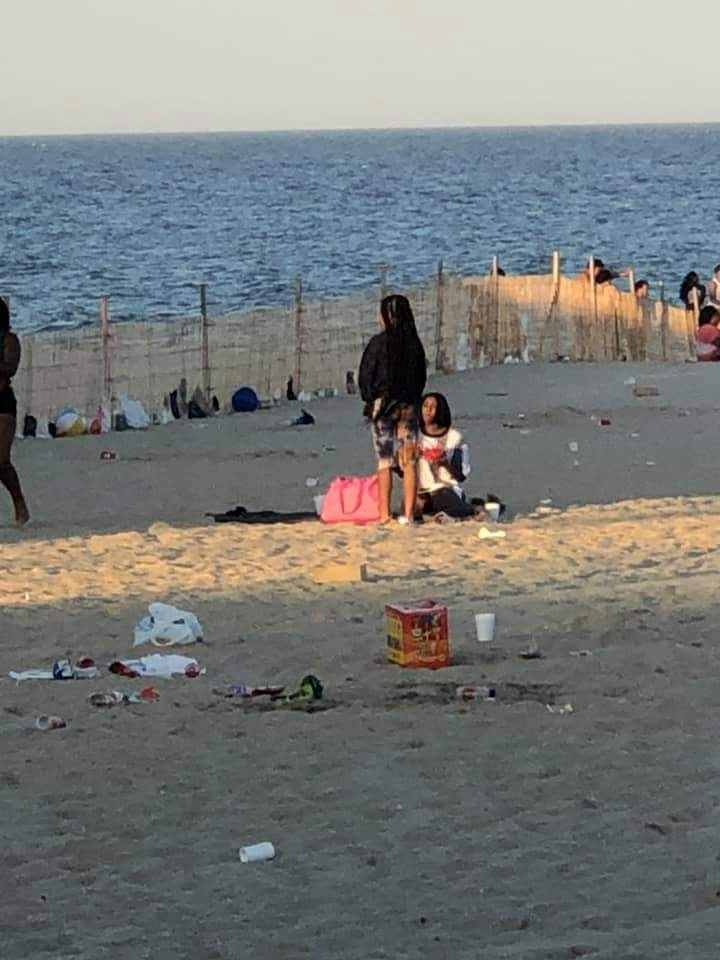 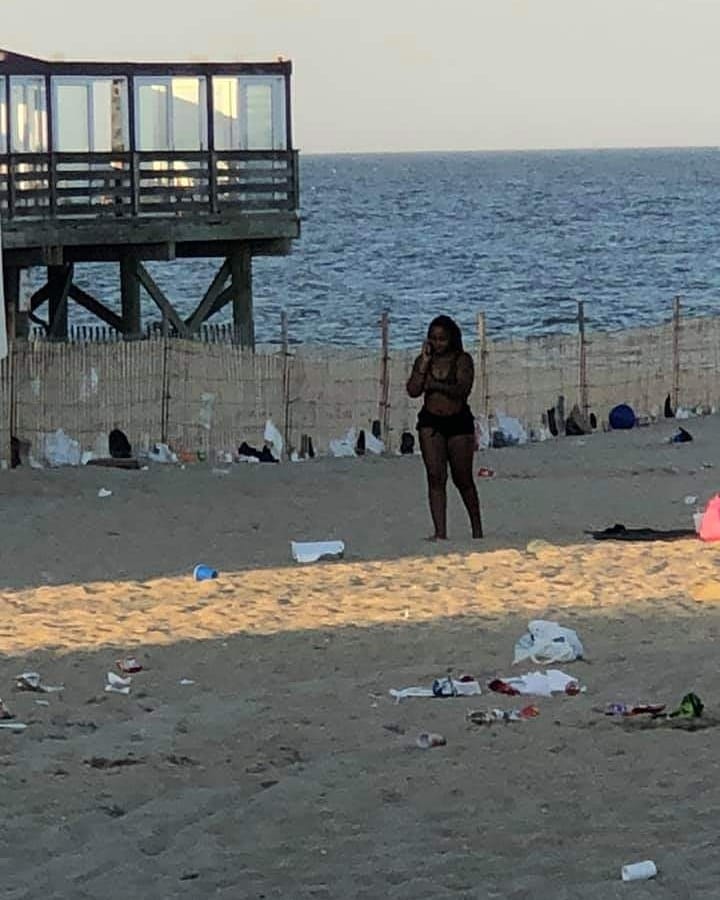 By 11 p.m., there was still a heavy police presence around the town, though the crowds had dispersed. Kinitra said via social media that rumors of arrests were untrue, however videos showed police escorting a few individuals off the beach – one male in handcuffs. It is unknown whether they were issued any summonses or charged with any crime. The gathering was not a protest of any kind, rather, some type of event spread by social media that led to a large number of people amassing in town at once, according to officials.

In 2018, a similar flash gathering occurred in Seaside Heights, leading the borough to investigate whether organizers could be held financially responsible for the police response.

It was expected that more information would be released by authorities Tuesday.