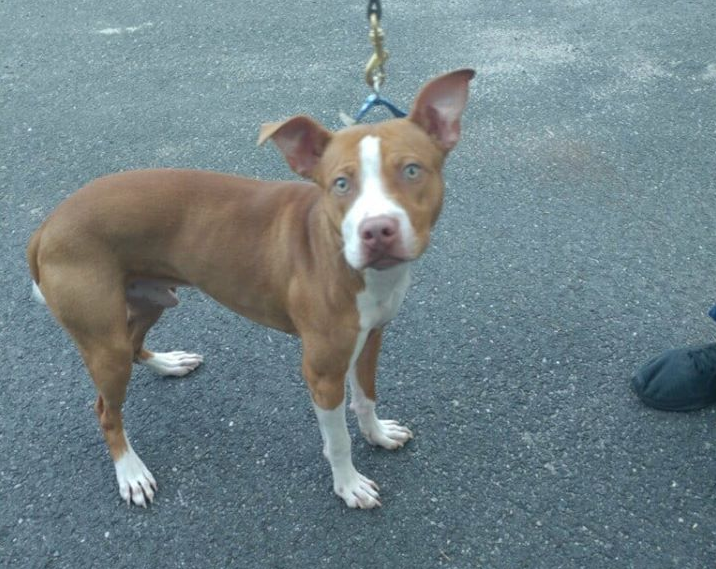 A dog rescued by Brick police after being left outside in the heat. (Photo: Brick Twp. Police)

Brick police officers received cheers from neighbors after rescuing a dog from a balcony at 252 Sawmill Road during the heat of the day Sunday.

Police were called by a neighbor who was concerned over the dog’s welfare. Upon arrival, the officers observed the dog, a pit bull, “panting heavily and barking and appeared to be in distress,” said Sgt. Jim Kelly. Attempts were made to contact a resident at the front door, but were unsuccessful.

Officer Scott Smith then used a laser temperature gauge to determine that the temperature on the surface of the balcony, which was in excess of 110 degrees, Kelly said. Officers on the scene then contacted the Herbertsville Fire Company to have a ladder brought to the apartment so officers could rescue the dog. By this time, several area residents were gathered outside watching the scene unfold.


Smith climbed the ladder to the balcony and let the dog inside through the sliding glass doors as the onlooking residents clapped and cheered, Kelly said. After letting the dog in, Smith found that a woman had been inside the residence sleeping – but she was a roommate and was not the owner of the dog.

The dog was brought to an emergency veterinarian for overnight treatment and observation while officers ascertained ownership information. On Monday, the dog’s owner, Jade Brown, was issued a summons for failure to provide care for an animal. The dog has been seized from her possession.

“I’m just glad someone called it in in time for us to get to the dog,” said Sgt. Jason Shepherd. “The fire department and the guys all did a great job.”

The dog is currently staying at a local animal shelter.