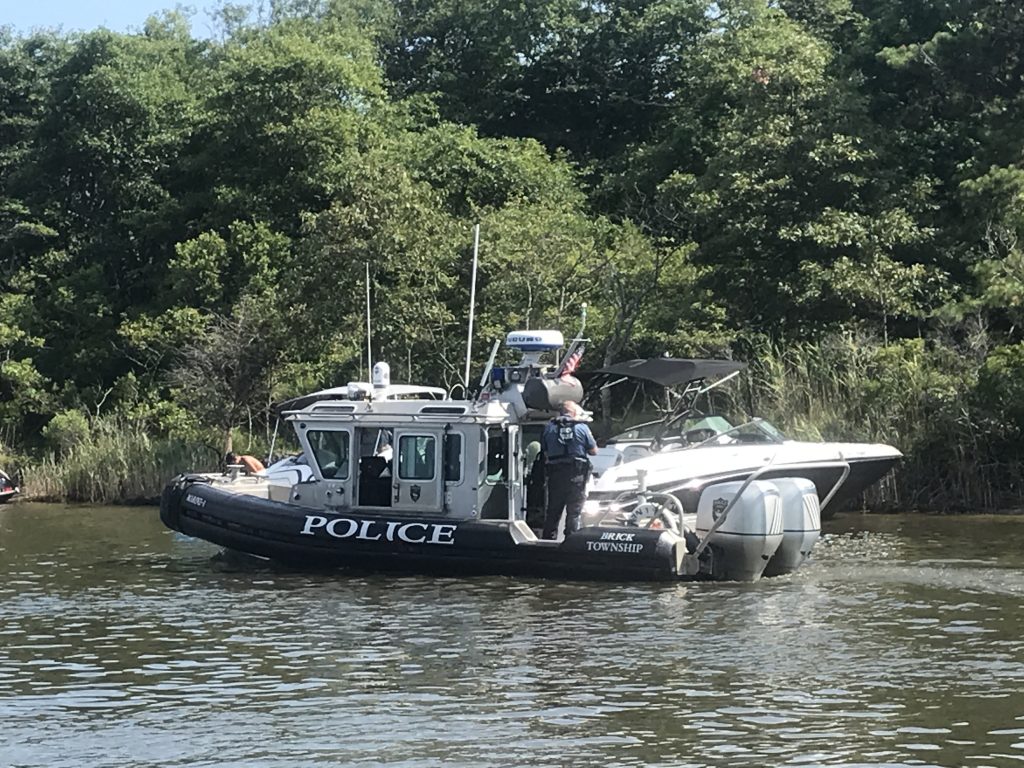 Members of the Brick Township Police Department’s marine unit were able to locate and save a woman who became lost in the water after she was swimming off a boat just after 9 p.m. Saturday night.

Between of the winds and strong current near Eagle Point in the Metedeconk River, the water was rough and the boat the woman had been on lost sight of her for several minutes, prompting the boat’s operator to call 9-1-1. Several officers responded to Eagle Point while others mobilized the two police boats out of Trader’s Cove Marina. The Coast Guard, State Police Marine Unit and the Brick Fire Department Dive Team were all notified as officers converged on the area where the victim last went missing. 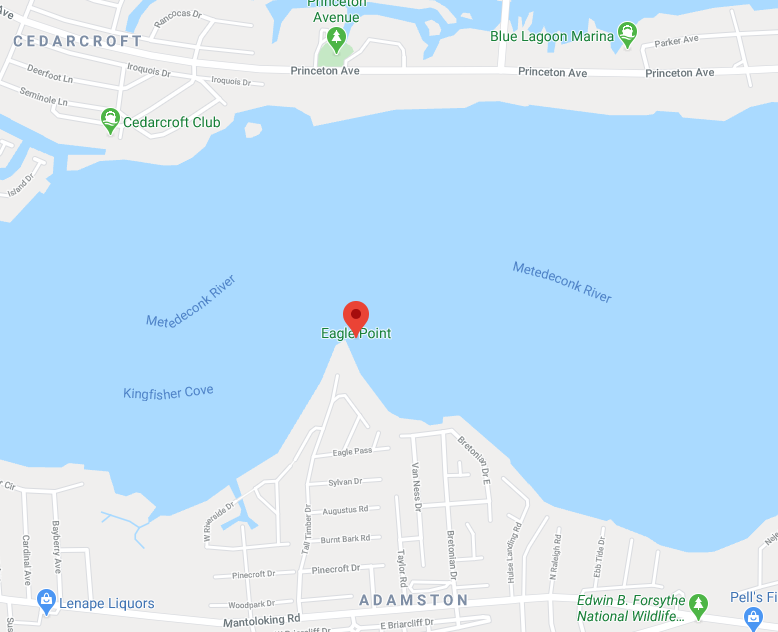 Officers John Alexander and Eric Haugh were operating one of the police boats in the area where the boat operator stated he last saw the victim when they heard a faint call for help. The officers quickly found the victim and saw her having trouble keeping her head above water, said Sgt. Jim Kelly.

“They threw here a life ring but she was too weak to grab onto it,” Kelly said. “Officer Haugh began positioning the police boat down current from the woman as Officer Alexander began taking off his police gear to make a water rescue.”

The currents brought the woman up to the side of the boat before Alexander had to make entry into the water and the two officers were able to grab her arms and pull her aboard. It is estimated the woman spent approximately an hour in the water before being pulled out.

The victim was blue and semi-conscious, Kelly said. Alexander kept her awake and administered first aid while

Haugh brought the police boat to Eagle Point where other officers and EMTs were standing by. The victim was transported to Ocean Medical Center where she was treated for acute aspiration pneumonia and respiratory failure. She remains admitted at this time and is stable.

“Chief Riccio would like to commend the officers involved for their quick response and preparedness,” a statement from police said.