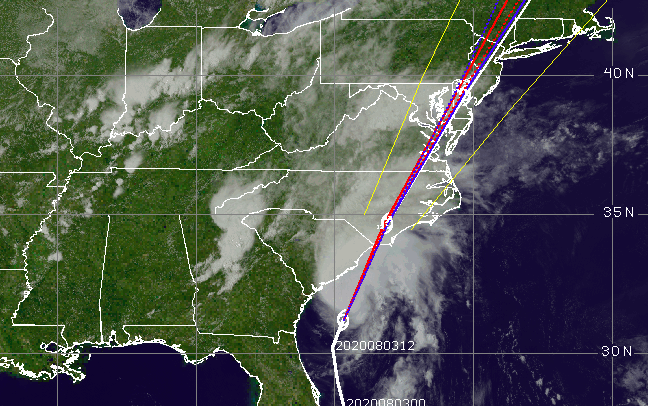 The National Weather Service office in Mount Holly, which holds forecasting jurisdiction over the Jersey Shore, published a briefing package outlining the expected effects of Tropical Storm Isaias and the timeline for their onsalught locally. A tropical storm watch has now been upgraded to a warning.

According to forecasters, tropical storm force winds (between 39 m.p.h. and 73 m.p.h.) could lead to scattered tree and power line damage. But gusts of near hurricane force ( above 73 m.p.h.) are possible along and near the New Jersey coast. The winds will be at their peak between Tuesday morning and Tuesday evening, especially during the afternoon hours. 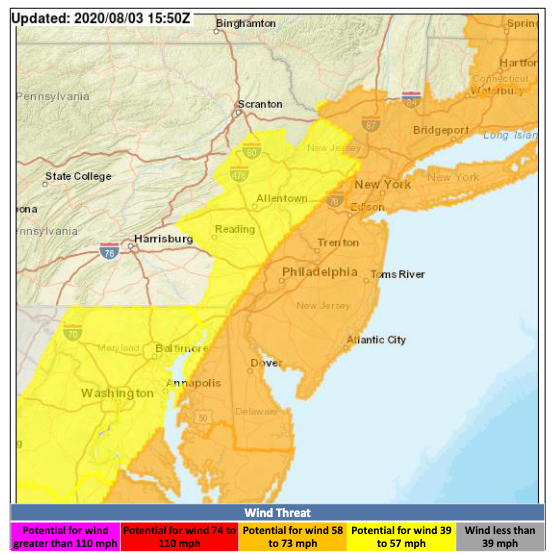 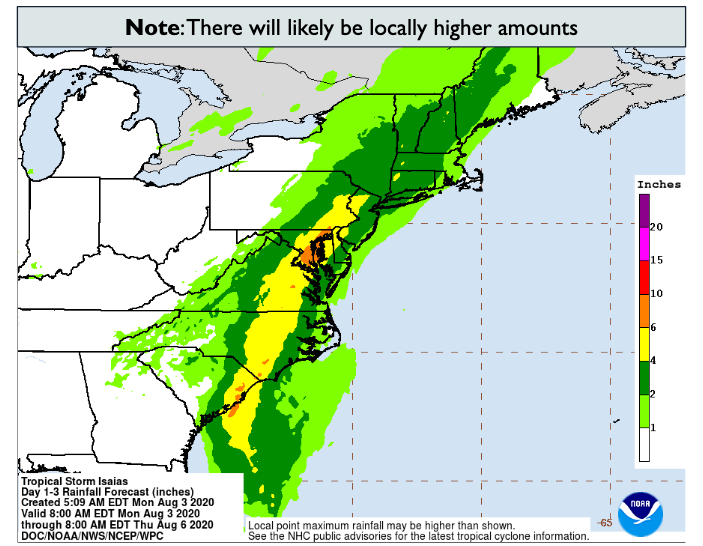 Unlike Superstorm Sandy in 2012, the potential storm surge of Isaias is minor, the NWS said. New Jersey can expect minor inundation from tidal flooding, though areas to the south, especially Chesapeake Bay, will see moderate inundation from the storm surge. This flooding will affect the region during both the AM and PM high tides Tuesday.

The coast, ironically, may escape the worst of the storm’s rainfall wrath, as its predicted track now bring the system directly over the coast instead of just offshore. Significant amounts of rainfall will likely cause flash flooding across the region, the NWS said, but the highest rain totals will likely be found west of the I-95 corridor.

Isolated tornadoes are possible, the briefing said, and the marine scenario will deteriorate rapidly starting Monday night, causing “very dangerous conditions due to high winds and seas” in both coastal and near-shore waters.