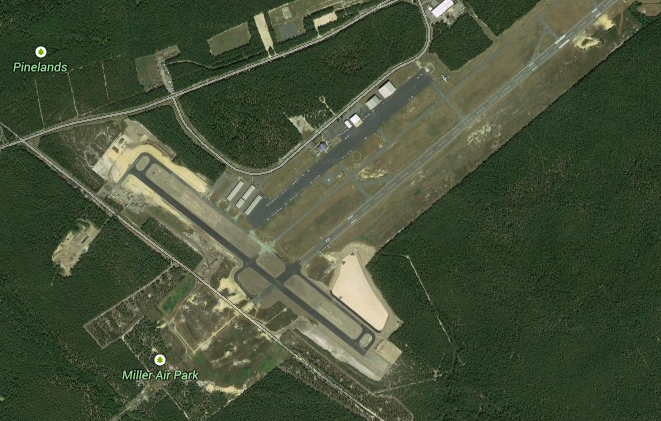 Ocean County Airport, frequently still referred to by its former name – Miller Air Park – will receive a new T-hangar as part of a $39 million improvement project, most of which will be funded through federal grant dollars.

The county freeholder board said the county’s portion of the project’s cost will pay for itself through rent and usage of the hangar.

“Whether it’s for public safety or to help our economic efforts, the Ocean County Airport serves an important purpose in Ocean County,” said Ocean County Freeholder Director Joseph H. Vicari, who serves as liaison to the airport. “This project will answer a growing need at this facility.


Out of the six bids received, the lowest qualified bidder was Gary Kubiak & Son, of Robbinsville, who submitted a $2.8 million bid. The same company built an Ocean County-owned T-Hangar building in 1999. Construction is scheduled to begin on the hangar in October with a completion date of summer 2021.

The new building will be approximately 20,000 square feet and consist of 12 units, as well as feature two large end-units, which may be used as helicopter pods.

The project is the product of a memorandum of agreement between Ocean County and the FAA which will allow for a total of 12 T-Hangar sites to be developed on the airfield, all perpendicular to the Crosswind Runway. This will be the fifth T-Hangar site at the growing airport.

“These hangars are very important to the airport,” Vicari said. “Many visitors to Ocean County own second homes here and are looking for a place to keep their private planes.”

Including all pending projects for which funds are encumbered, the airport has seen just under $39 million in total capital improvement funding, of which $29.4 million was provided through grants from the FAA, the New Jersey Department of Transportation, and other entities. It is located on Route 530, Berkeley Township.