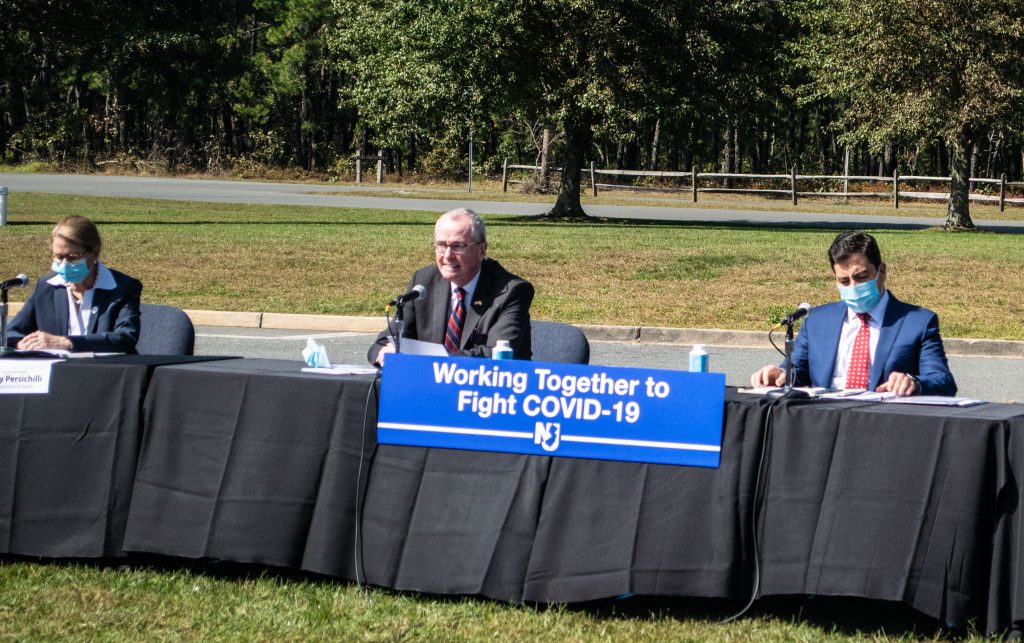 Murphy gathered with the group in a socially distanced manner and wearing a face mask at a roundtable set up outdoors at the Ocean County Airport in Berkeley Township. There, he announced that the Lakewood cluster of cases has continued to grow over the last day. New Jersey added 796 positive cases of coronavirus disease Friday, bringing the state total to 206,629. The positivity rate was 2.47 percent and the rate of transmission has crept up past a vital metric, now standing at 1.19. The state had previously seen transmission rates well below 1-to-1. 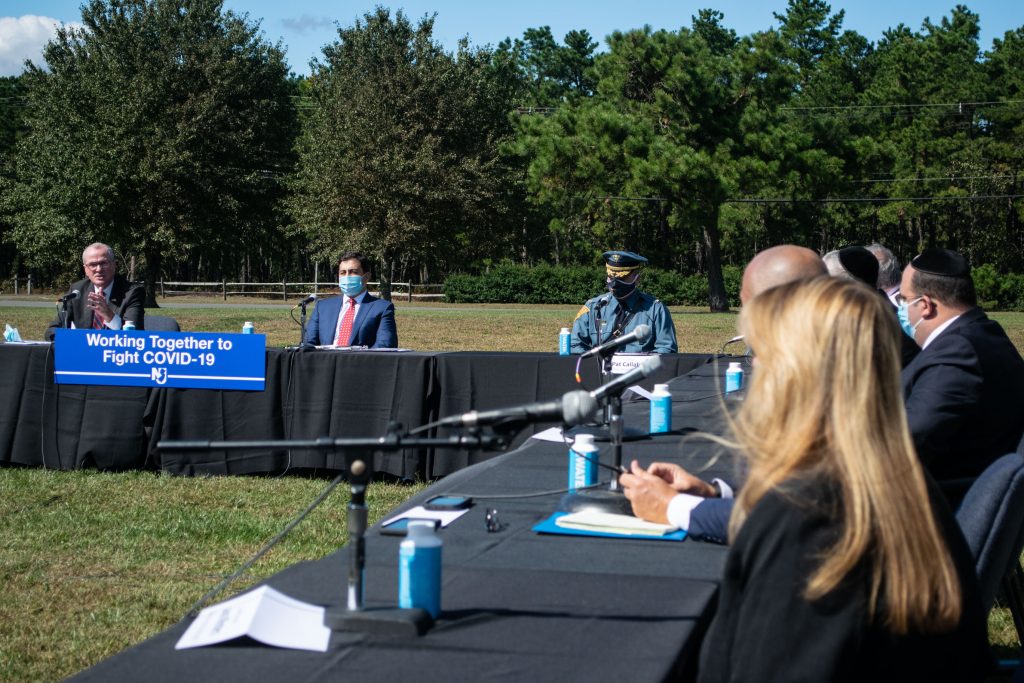 Ocean County represented 190 of those 796 cases with a positivity rate of just under 16 percent. Of the 190 cases, 126 of them were from Lakewood. The state has sent over 6,000 test kits to the township, and a coronavirus testing site will be opened at the Lakewood BlueClaws stadium, operating from 9 a.m. to 4 p.m. Monday.

“Let there be no doubt what the facts are telling us,” Murphy said. “We have a significant amount of cases, and it’s not just Ocean County, it’s around the state.”

Lakewood has experienced 4,351 cases and 203 deaths linked to the coronavirus pandemic. Murphy ruled out setting any quarantine or lockdown orders specific to Lakewood or Ocean County, saying the entire state is “in this together,” and that it would be logistically impossible to do so.

“There is not a single event that is associated with the increasing cases, but as you know, there have been large religious observances over the past several weeks that may have resulted in prolonged, close contact,” said Persichilli. “And there have been reports of some large gatherings – weddings, funerals – where social distancing and wearing masks may not have been consistently followed.”

Many of the recent cases in Lakewood, as well as Ocean County, are in the 30-49 year-old category, followed by the 18-29 age group.

Increased positivity rates – up to 15 percent in Ocean County – may be due to insufficient testing levels. In other words, fewer members of the general population are being tested, upping the percentage of positive cases since it is more likely those with symptoms opt to take a test. 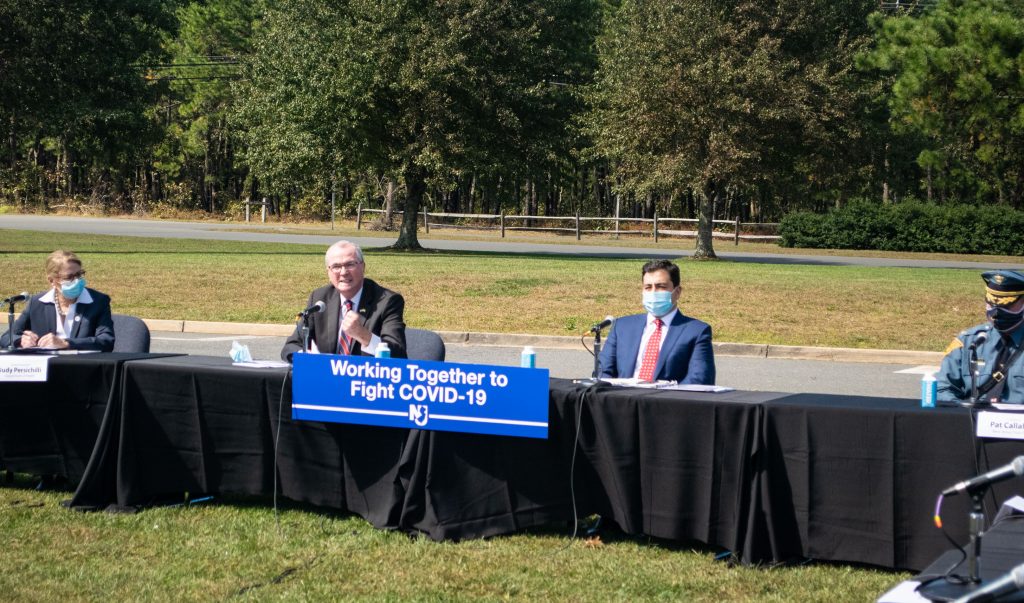 Honig, the Orthodox Jewish Chamber of Commerce president, said that some people in his community have resisted testing because they feel that higher numbers reported in Lakewood could lead to anti-Semitic behavior.

He asked Murphy if there was a way to “re-create the numbers” in order to avoid stigmas from developing, and suggested testing be increased county-wide to show whether other communities are also experiencing higher rates of infection.

Several of the rabbis at the meeting said they set up tents outside of their places of worship to screen congregants, and yeshivas are complying with the same mandates public schools have been ordered to follow.

Lakewood public schools superintendent Laura A. Winters said the district, which primarily serves the non-Orthodox community, has seen seven cases among students and 10 among staff. Lakewood is one of the few districts in New Jersey that is operating on a full-time, in-person school schedule. Winters said there were no plans to shut down public schools or move to hybrid or remote learning.

Murphy emphasized that no particular group – whether a certain town, county or members of a faith group – will shoulder the blame for outbreaks of the virus. He doubled down on a call for unity after being asked by a reporter whether any special quarantine orders would be put into place specific for Ocean County or Lakewood.

“We are all one New Jersey family and that would run contrary to the notion that we’re all in this together,” said Murphy. “Secondly, the practicality of it is beyond feasibility, and thirdly there are steps we are taking that we believe will affect this get this under control – a lot more testing and a lot more contact tracing.”

Murphy said there would be increased “bully pulpit public awareness” locally, urging residents to get tested for Covid-19.