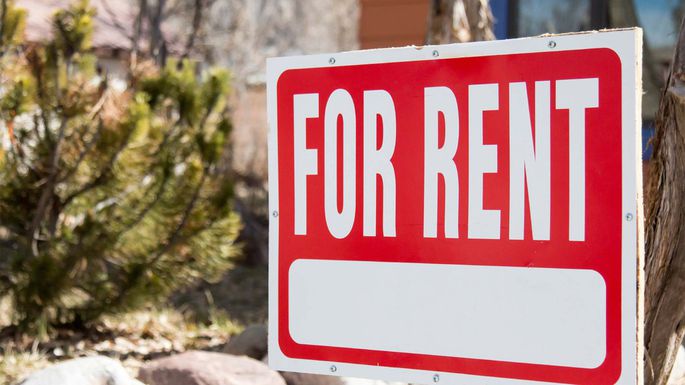 Brick residents virtually lined up Tuesday night to tell the township council about the plight of living in the same neighborhood as a short-term rental “party house.” The discussion came as part of a debate prior to the council voting on an ordinance that, in most cases, would prohibit home rentals for terms shorter than 30 days.

Residents spoke of homes on their streets being plucked by investors or repurposed following an inheritance. Their tales ranged from drunken partygoers climbing onto a neighbor’s boat to exit a lagoon to a waterfront home on a cul-de-sac being transformed into a wedding venue every weekend – and potentially even the set of an adult film. All were booked for a matter of just a few days at a time, usually on websites and apps such as Airbnb and VRBO.

Meanwhile, a small group of rental home owners – just one of whom lived in Brick permanently – spoke out against the proposal, saying they screen tenants and all short-term rentals should not be banned because of some problem homeowners.


Ultimately, the council unanimously adopted the ordinance imposing the ban.

“We have issues with crowds, loud music, voices that carry loud into the night, fireworks and cars that are parked up and down the street,” said Patricia Campbell of Fairview Avenue. “It’s a different group every weekend. We deal with groups of people coming in on Saturday, and they’re partying on Saturday night, all day Sunday, during the week sometimes, and it’s difficult for us. This has made our year-round home almost terrible to live in during the summer, which is why we bought it.”

Dan Ciarcia, a resident of Jaywood Manor, which is set atop the Manasquan River in the northernmost reaches of town, said his tucked-away street has been turned into a parking lot for what could only be described as a home that was turned into a full-on wedding venue.

At some points during the meeting, homeowners sparred with each other as property owners defended their Airbnb rentals.

Kristian Calibuso said he uses his waterfront home on Manorside Drive to host family and friends, as well as entertain colleagues from Trinity Solar, where he holds an executive sales position. He also rents the home for short terms on rental websites and has installed numerous security features, including decibel meters that alert him whenever the sound level in the home becomes excessive.

“We are against partying,” he said, implying that neighbors who have complained about his property were jealous that a young person owns a large home on the water and will not leave him alone. “Neighbors are relentless with taking photos. It is an extreme invasion of privacy to see people take pictures of my family.”

Robert Mangano, a neighbor, said Calibuso’s rental venture has not been positive for the neighborhood.

“What we’ve experienced since Mr. Calibuso bought the property is nothing but a party house,” Mangano said. “It’s two, three, four-day rentals. The house was sold as a four bedroom house with three baths. He advertises it as a seven-bedroom house that can occupy up to 20 people.”

In another case, a neighbor said because a rental homeowner did not install a ladder on his bulkhead, partygoers were using his boat to climb out of the water during a night of drunken antics in a lagoon.

“It has been non-stop stress and safety concerns,” said Colleen Leone, who worries about her children being struck by fast-driving motorists with out-of-state license plates.

Some rental home owners spoke without any mention of controversy or animus between neighbors. Joseph A. Mecca, a former state assemblyman from Essex County who owns a property on Point Avenue, said he thoroughly screens his tenants and maintains a good relationship with the community.

“We rent the home during the summer months, restricting the number of occupants to 16 people,” Mecca said, adding the home could fit as many as 23 people, but the rental party sizes are limited. “Our guests are generally vacationing families. We rely on renting, to some degree, to pay the $30,000 property tax bill and utility bills. My objection is that the ordinance will punish responsible homeowners.”

Mecca said he once turned away a “lucrative contract” from the producers of the MTV show “Jersey Shore” when they asked to rent the home in order to film because he did not want the neighborhood disturbed.

Mecca specifically took issue with one facet of the ordinance that he felt was not fair. The ordinance allows rentals for at least seven days, rather than 30 days, in the barrier island portion of the township between May 15 and Sept. 15.

Officials said the ordinance was based on one with almost identical language passed by Toms River four years ago. That ordinance also provides exceptions in the township’s island neighborhoods. Mayor John Ducey said the ordinance was altered from its initial form when it was introduced in order to allow short-term rentals in owner-occupied residences.

Council members said the rental restrictions were passed as a last resort after six years of trying to handle complaints regarding short-term rental properties. The township’s rental responsibility ordinance passed several years ago was targeted at longer-term rentals, where landlords could be held accountable and lose their certificate of occupancy if tenants racked up two convictions of criminal activity or ordinance violations within a two-year period. With short-term rentals, however, the offending activity is often less about criminal activities and more closely linked to nuisances and overcrowding of homes in single-family residential zones for parties and events.

“This is something that we as a council have been grappling with for many years,” said Councilwoman Andrea Zapcic. “We’ve tried a number of different remedies to not get to this point, all to no avail. I do feel for the renters that do their due diligence and vet their tenants.”

Township Attorney Scott Kenneally said the ordinance does not grandfather any properties that are already on the rental market, nor any rentals that have already been booked. The ordinance will officially come into effect 20 days from publication in a print newspaper, which is estimated to be Thursday or Friday.