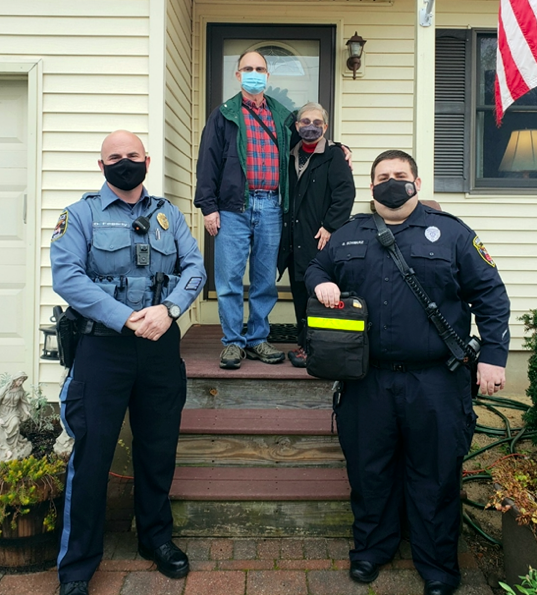 While so much of the news in 2020 has focused on loss, one Brick family is celebrating a life saved this month, and this week a group of Brick Police EMTs were reunited with the man whose life they saved six weeks ago.

Joe Holler was cutting his lawn on Halloween day around 11 a.m. when he began to feel weak. After a few moments the pain and weakness worsened, so Holler, 63, concerned he might be having a heart attack, went inside and took a baby aspirin. His wife Theresa called 9-1-1, and Brick Township EMTs Joseph Sharkey and Brian Schwarz arrived within six minutes. Patrolman Daniel Fogarty arrived one minute later. 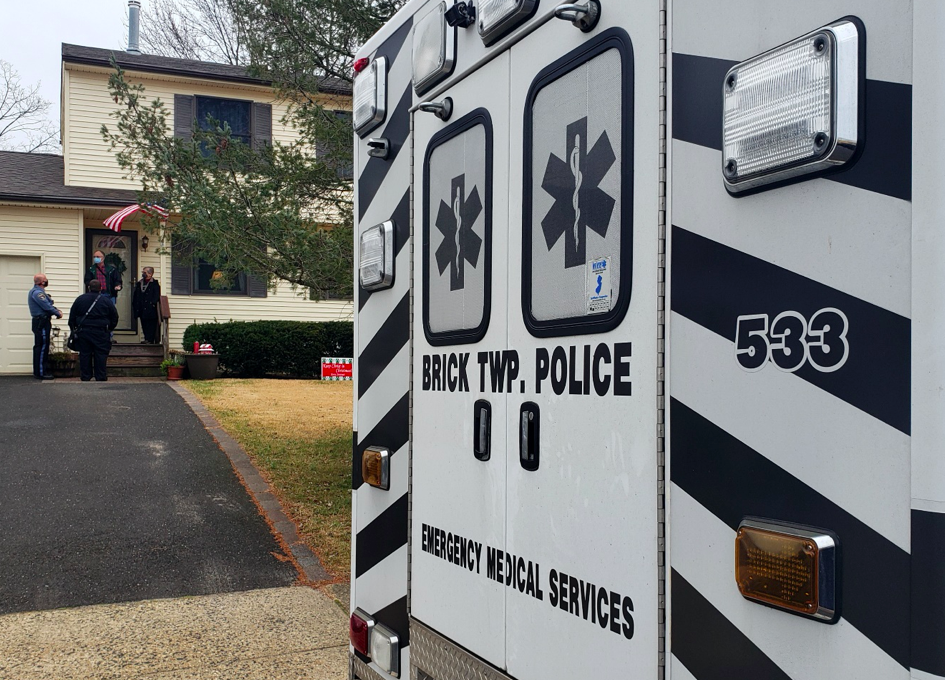 The Brick police department responders were faced with a deteriorating situation. As Holler sat in a chair in his home, the pain grew increasingly worse to the point where he started losing consciousness. Sharkey, Schwarz and Fogarty rushed him into the ambulance where he went into full cardiac arrest.

“Joe [Sharkey] called it, recognized it right away,” recounted Fogarty. “We got him on a cot real quick and got him out to the truck, and sure enough, as soon as the hook connected to the cot, he nodded out and we jumped into the truck and began CPR.”

The officers began life-saving measures which included CPR and the utilization of an automated electronic defibrillator, better known as an AED. After chest compressions and two shocks from the AED, Holler was revived just as paramedics were pulling up. He was transported to Ocean Medical Center for further treatment.

Weeks later, Holler is back home recovering, and got to meet the three men who saved his life.

Last Saturday morning, Ptl. Fogarty and EMT Schwarz were reunited with Holler and his wife on the front lawn of the couple’s home for a brief, COVID-safe meet and greet where Holler was able to thank the first responders who had last seem him in that ambulance. Sharkey was unable to make the reunion.

Theresa Holler remembers the incident all too vividly.

“I got in my car and the ambulance wasn’t moving,” she recalled, as the responders were working on her husband inside the ambulance. “I didn’t understand it at the time. He was talking to me when they took him out of the living room.”

The episode came on suddenly and with no earlier signals.

Prior to the heart attack, Holler went camping and hiking regularly, kept his weight down and got regular check-ups. His cholesterol was perfect and he kept himself in good shape.

The kind of heart attack he suffered is morbidly referred to as “the Widowmaker.” It occurs when a blockage or blood clot stops all of the blood flow to the left side of the heart, causing the heart to stop beating normally. 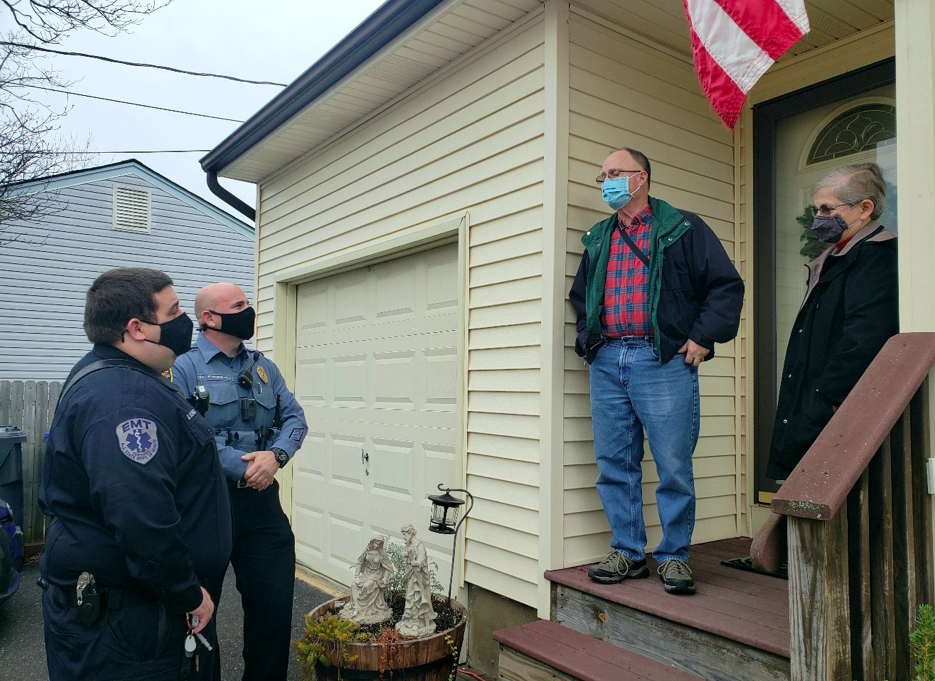 Holler is recovering well, working from home and healing up nicely. Most importantly, his spirits are high.

When asked about surviving the ordeal, Holler attributed his success to the first responders, his faith and a healthy lifestyle. Theresa Holler said it was God’s grace that kept her from knowing the EMTs and the officer were performing CPR on her husband in the ambulance parked right in front of her.

Officer Fogarty and EMTs Sharkey and Schwartz received written commendations for their work.

“These guys did an outstanding job,” said Chief James Riccio. “I’m glad to hear Mr. Holler is doing well. This is why we train and keep our skills at the highest level possible.”