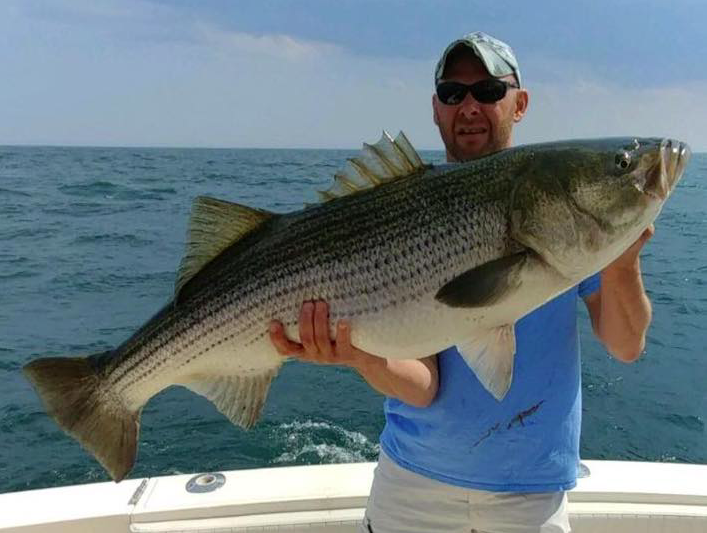 When the calendar changed to 2021 last week, so did an important – but little reported – rule on striped bass fishing at the Jersey Shore.

As part of a multi-state agreement, the New Jersey Department of Environmental Protection is now requiring anglers to use circle hooks when catch-and-release fishing for striped bass with natural bait, the DEP’s Division of Fish and Wildlife announced. Federal regulators had been applying pressure to states on striped bass stocks, claiming the species was overfished. The hook replacement rule was part of a compromise on regulations.


The purpose of the circle hook, as opposed to the traditional J-hook, is to keep fish from becoming “gut hooked,” or swallowing the hook instead of simply biting on it. Removing a hook from a gut-hooked fish significantly decreases its chance of survival.

“The vast majority of striped bass caught in the recreational fishery in New Jersey and all along the coast, are released,” said Ray Bukowski, Assistant Commissioner for Natural and Historic Resources. “We know release mortality is a substantial contributor to overall striped bass mortality, and circle hooks have been shown to increase survival of released fish. These new regulations are expected to be a significant step forward in our efforts to rebuild and protect one of New Jersey’s most sought-after species.”

A ‘circle hook’ is formally defined as a non-offset (inline) hook where the point is curved perpendicularly back toward the shank. The term “non-offset” or “inline” means the point and barb are in the same plane as the shank.

Release mortality contributes significantly to overall fishing mortality in the recreational striped bass fishery, officials said in the announcement of the new regulation.

“There are other ways anglers can help reduce release mortality in recreational fisheries by using proper fish handling and release techniques,” said Joe Cimino, Division of Fish and Wildlife Marine Fisheries Administrator. “All of the states are working together to increase education and awareness, but ultimately we need anglers to assist us in this effort.”

More detailed information on circle hooks is available at the DEP’s website.