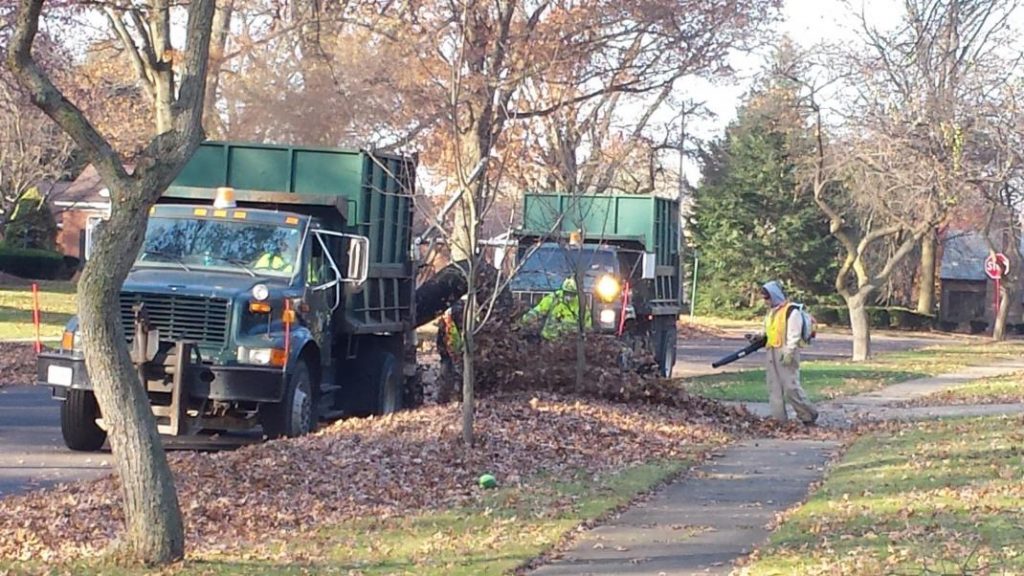 It’s a subject that emerges every fall and winter season – especially after a potent nor’easter spreads leaves across neighborhoods: why doesn’t Brick use vacuum trucks to pick up leaves like many other towns?

Brick uses a system in which leaves can be placed in bags and left for curbside pickup, or they can be dropped off at the recycling center on Ridge Road any time. While some residents feel as if it might be more convenient to curb their leaves, some unique features about Brick Township could pose issues – and the cost would be tremendous, officials say.

The initial bill would be no less than $4.2 million, said Mayor John Ducey, whose staff compiled a report on how much it could cost to switch the township to a vacuum truck leaf collection system.


First: “The manpower would be brand new,” said Ducey, adding that the township would have to hire both two full-time and several part-time employees. “We would need an operator for the loader, a CDL driver for the truck, two rackers per truck and two operators for a sweeper truck to follow.”

Then there is the equipment. For a town Brick’s size, six vacuum trucks would be needed at a cost of $900,000. Then, four front-end loaders with tink attachments at $1 million would be required, and another four rear-loading garbage trucks with retrofits for $936,000. The equipment alone would cost taxpayers more than $3.9 million.

Even if finances weren’t an issue, the switch would come with pros and cons – and some of the cons are significant.

The pros are, of course, that residents would not have to bag leaves, plus it’s easier on manpower and possibly faster (but not necessarily, Ducey said).

As for the cons, blowing leaves in Brick’s wooded areas could blanket streets and make then unable to be vacuumed efficiently. In other towns, there are instances where parked cars on top of leaves lead to fires. Then, Brick has its own issue – sandy soil and stone landscaping in much of the town.

“Debris in the pile, stones, stick and sand could break the equipment,” said Ducey. 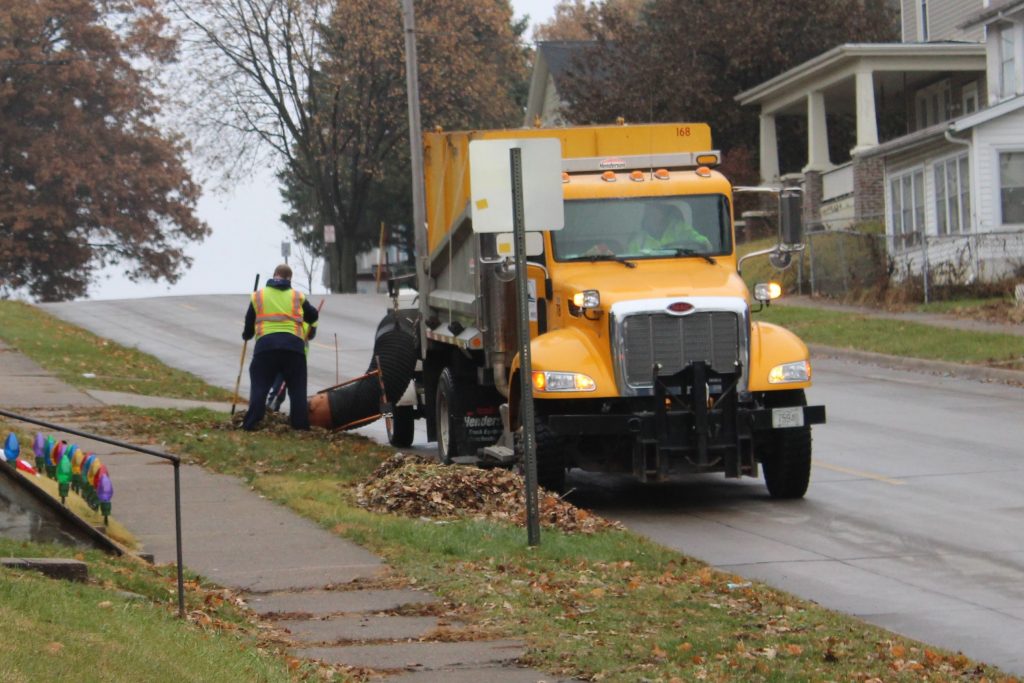 A leaf vacuum truck at work in Muscatine, Iowa. (Photo: City of Muscatine)

Leaves would also be required to be placed five inches from the curb line, leading to less room on some narrow streets. Finally, the piles of leaves – especially during fall nor’easters – could end up blocking storm sewers, which would lead to flooding, as well as the cost of cleaning the drains and outfall pipes. The township would have to put a rule in place barring leaves from within 50 feet of a drain, meaning those homes would not be eligible for vacuum pickup. Homeowners in other neighborhoods with unique shapes would not qualify either.

Ducey has consistently said he is not, necessarily, against the use of vacuum trucks, but his advisors have never recommended a switch.

“Those are all the reasons” the town hasn’t switched, Ducey said. “You’re talking about $4.2 million just to get started, and then there are permanent costs ahead.”