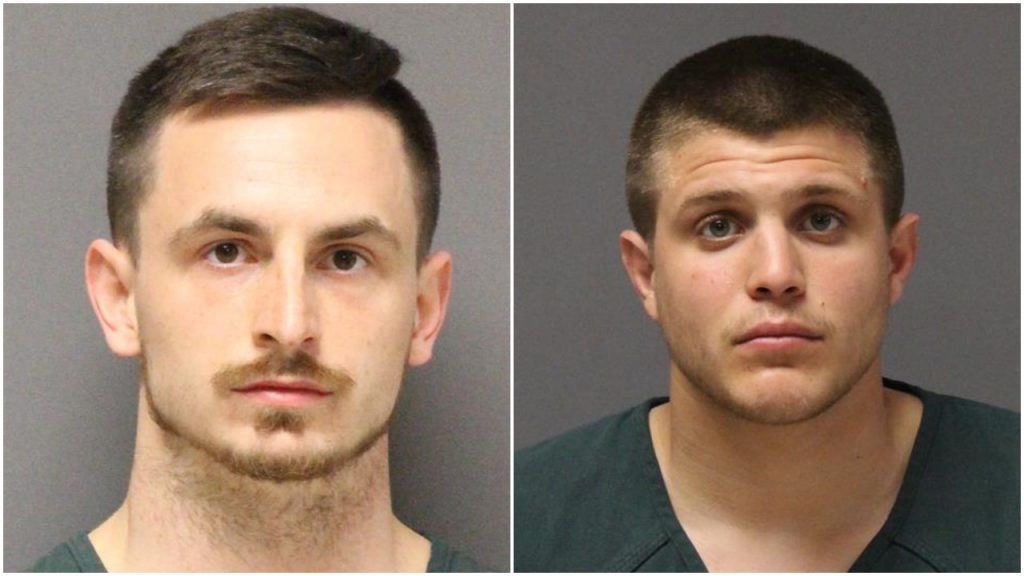 A pair of Brick Township men are lodged in the Ocean County Jail after threatening a Brick Township police detective and his family, prosecutors said Wednesday.

The connection between the men, Anthony Chieffo, 25, and Alexander Santos, 22, both of Brick, and the detective was not clear, however their charges include retaliation against a witness, indicating some type of ongoing legal proceeding.

According to a statement from the Ocean County Prosecutor’s Office, a Brick Township Police Detective reported receiving threatening phone calls and text messages on his police department-issued cellular phone Monday. The threats were directed at the detective and members of his family, the statement said.

On Tuesday, detectives from the Major Crime Unit performed a motor vehicle stop in Brick Township on a vehicle being operated by Santos, in which Chieffo was a passenger. Santos and Chieffo were taken into custody and transported to Brick Township police headquarters where they were charged in the case.

Both defendants are currently lodged in the Ocean County Jail pending their respective detention hearings. They each face a single count of retaliation against a witness and three counts of terroristic threats.

“Threats against law enforcement will not be tolerated,” Prosecutor Bradley Billhimer said, acknowledging the multiple units that investigating the incident.