Buckle Up: ‘Click It or Ticket’ Campaign on for May 24 through June 6 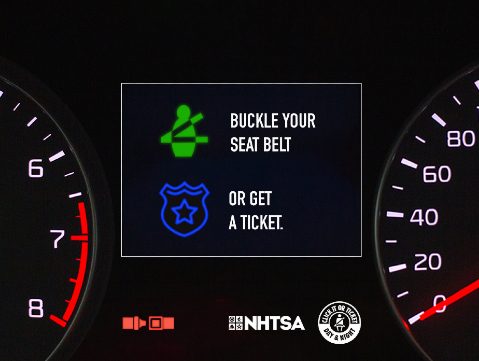 Buckle up, or face the consequences – the Ocean County Sheriff’s Department is among the participants in this year’s “Click It or Ticket” program, which launched May 24.

You might see officers enforcing seatbelt laws, and issuing tickets to those who fail to buckle up, the county announced.


“The New Jersey seatbelt law requires all motor vehicle passengers in the front and back seats to buckle up,” said Ocean County Sheriff Michael G. Mastronardy in a county press release. “A police officer may stop a vehicle and issue a summons for violations of this law.”

It’s a matter of safety though, Mastronardy said.

“Wearing a seatbelt, regardless of seating position, increases your chances of surviving a crash by as much as 75 percent,” he said. “This is an important step in keeping with safe driving.”

The campaign coincides each year with the lead up to Memorial Day Weekend, and its expected traffic, as seasonal visitors and residents begin their summer traditions through that first weekend in June.

“As we approach the summer season we see the number of people in Ocean County more than double,” said Ocean County Commissioner John P. Kelly, Director of Law and Public Safety, in a county press release. “Wearing your seatbelt is just one simple step you can take to make traveling safer for you and your loved ones.”

The Ocean County announcement is part of a nationwide effort, under the National Highway Traffic Safety Administration. The state made its own announcement that it too will participate in Click It or Ticket.

“Seat belts have been proven to be one of the best ways to prevent death and serious injury in a crash. Yet statistics show that many people still don’t buckle up,” said state Attorney General Gurbir S. Grewal in a Division of Highway Traffic Safety press release. “The Click It or Ticket enforcement campaign is aimed at educating the public on the importance of abiding by seat belt laws. It could literally save your life.”

To “kick off” this year’s Click It or Ticket campaign, state police will be visibly stationed at the state borders, said Grewel. New Jersey, New York, and Pennsylvania will team up for a one-day, four-hour “Border to Border” (“B2B”) event featuring highly visible seat belt enforcement for drivers at state border checkpoints.

“Across the campaign, participating law enforcement agencies will be taking a ‘no-excuses’ approach to seat belt enforcement, writing citations throughout the day and with a particular focus on nighttime enforcement,” according to the state press release. In New Jersey, the maximum penalty for a seat belt violation is $46.

In Ocean County, those grants were awarded to:

For the full list of police departments who’ve received the grants in New Jersey, and more information about Click It or Ticket, see the state announcement here.