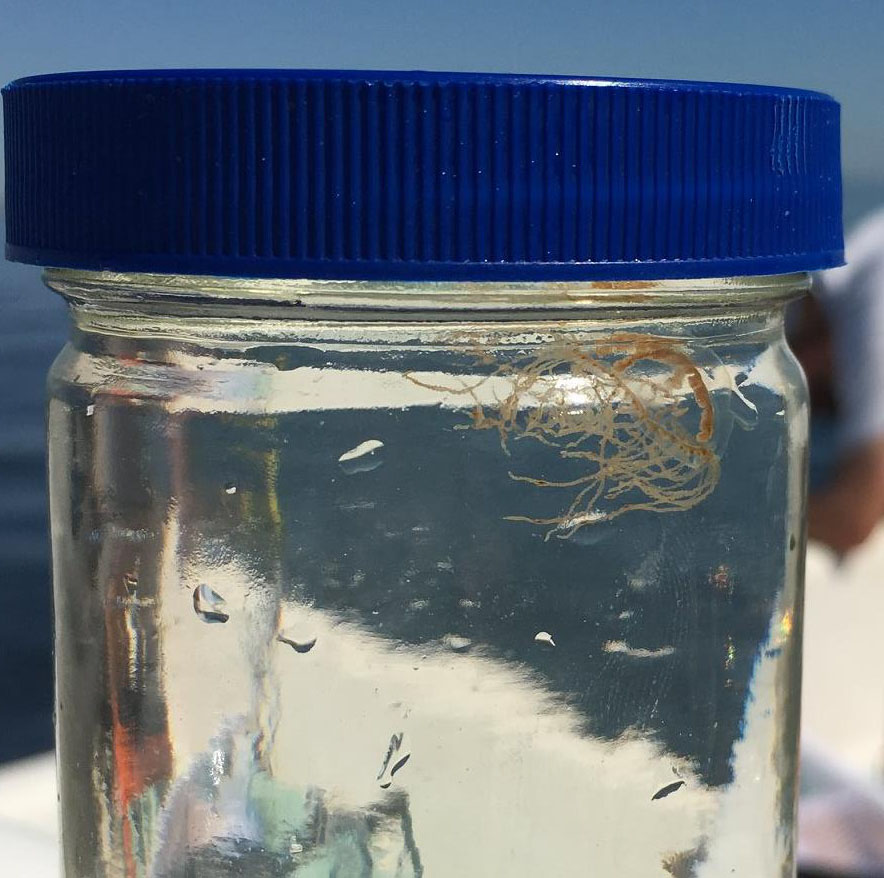 The clinging jellyfish, a tiny-but-dangerous hydrozoan species, has once again turned up along the shore in Brick Township during a search this week.

The jellyfish are about the size of a dime and received their name from the way they cling to plant life near the water’s edge. They are found naturally throughout coastal regions of the northern hemisphere and have, in recent times, invaded the Mediterranean Sea and even the Pacific coast of the Russian far east.

An initial clinging jellyfish study, the results of which were published this week, found between 31 and 60 of the creatures near the area where the Metedeconk River meets Barnegat Bay in Brick Township. Two other nearby locations – one within the Gunners Ditch channel and one near a conservation area north of the popular F-Cove anchorage – were jellyfish-free. The Brick location was the first area where the species was spotted in 2021, though it is assumed there are more individual jellyfish in other locations. In the past, clinging jellyfish have been found in rivers in Monmouth County, as well as near Tices Shoal, another anchorage popular with recreational boaters.


Scientists began intensively tracking clinging jellyfish since they first arrived in numbers during the summer of 2016, resulting in several stinging incidents. No clinging jellyfish have been found on coastal beaches, nor are they anticipated, as they prefer to cling to vegetation found in sheltered bay and estuarine waters. Dr. Paul Bologna, a research scientist at Montclair State University, has previously told Shorebeat that the chances of encountering a clinging jellyfish in the ocean is slim, since the creatures would likely not be able to survive in the surf zone due to their small size. 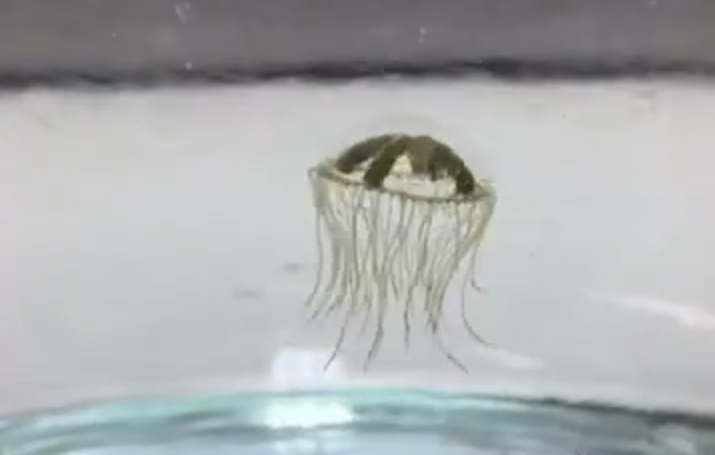 According to the Woods Hole Oceanographic Institution, the clinging jellyfish has a red, orange or violet cross across its middle. Each jellyfish can trail 60 to 90 tentacles that uncoil like sharp threads and emit painful neurotoxins. Both the adult (medusa) and polyp stages of the clinging jellyfish are capable of stinging, a mechanism they use to stun prey and to defend against predators. They mainly feed on zooplankton. Stings can be painful to humans and sometimes require a trip to the emergency room and high-dose painkillers to provide relief.

The good news is that the species may not be around for an extended period of time. While polyps may be present, adults cannot survive when water temperatures rise above 82 degrees. They are also prey for sea nettles, another jellyfish species that packs a sting, but is primarily considered a nuisance.

Teams of researchers are expected to continue monitoring the local area to track the species and have published a map indicating where they have been found. Specifically, the environmental organization Save Barnegat Bay is planning to track clinging jellyfish in Brick, Toms River and Berkeley Township waters on each side of Barnegat Bay.