Alfie the Brick Swan, Once Condemned to be Euthanized, Relocated to New Home 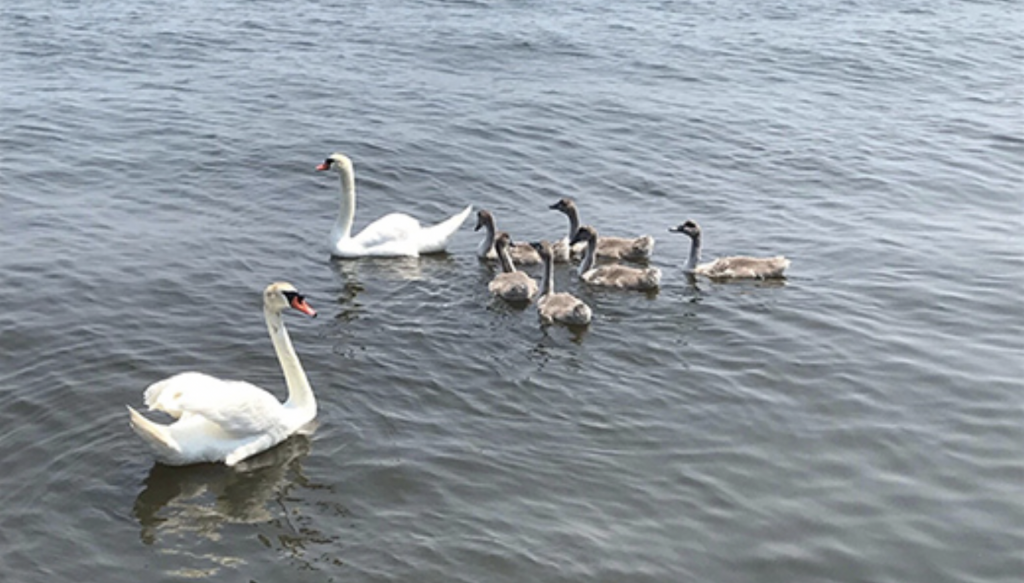 A swan named Alfie that has made a name for himself in Brick over the past few weeks will live out his life with plenty of room, a pond to swim in and all the food he can eat.

Alfie is a male swan who is a father to a new bevy of youngsters this spring. He had made his home in the Seawood Harbor section of Brick Township and made something of a new for himself among neighbors. But officials from the U.S. Fish and Wildlife Service and New Jersey Department of Environmental Protection caught wind of the animal’s presence – reportedly after some complaints about aggressiveness toward people riding jet-skis – and deemed him too aggressive, a label that ultimately carries with it the threat of euthanization. Another group of neighbors, led by resident Irene Almeida, objected to the swan’s pending demise and officials including Brick’s state legislators helped advocate for an alternative. They claimed Alfie was being harassed by jet-skiers, whose numbers have multiplied this summer on the bay, sometimes causing tension on the water.

On Friday, Alfie was moved to the Popcorn Park Zoo in Lacey Township, a refuge for animals run by the Associated Humane Societies. His relocation was confirmed after he was not seen with the rest of his bevy over the weekend. His relocation, however, may have been an ironic twist of luck, as he was brought to the zoo after becoming entangled in fishing line.


“Alfie is beloved by many in our community and our legislative office has been working with both the NJDEP and the USDA to find a solution to prevent him from having to be euthanized,” a statement from local legislators state Sen. James Holzapfel and Assembly member John Catalano and Gregory McGuckin said. “We are ecstatic that the USDA and Popcorn Park were able to work with us to successfully save Alfie.”

The legislative office issued a photo of Alfie enjoying a swim.