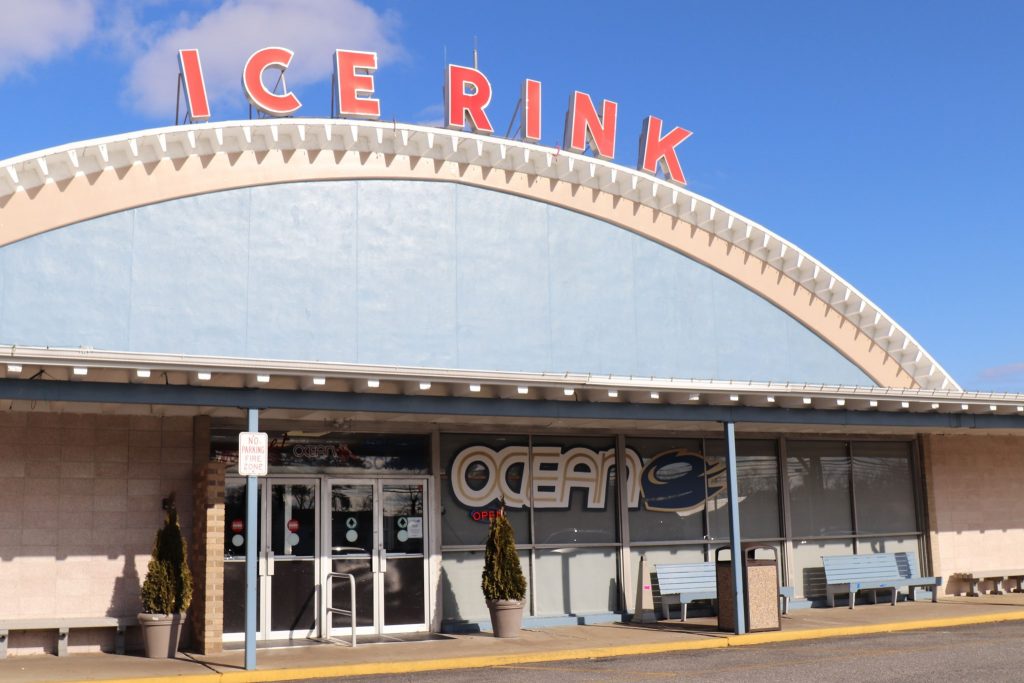 A Brick landmark, the Ocean Ice Palace indoor skating center will shut its doors for good after decades of welcoming ice hockey players and skaters onto the ice.

Built in 1962 by Dr. Leon Dwulet, the Ice Palace had long been the centerpiece – and perhaps a major driver – of Brick’s well-known ice hockey culture. It has also been the source of controversy – namely, the decision by township officials in 2007 to purchase the rink with taxpayer funds and turn a portion of the facility into a community center. The plan, which would have seen the township bond $5.25 million to fund the purchase, was vehemently opposed by some residents, who collected enough signatures to place the purchase on the municipal election ballot in a binding referendum question. Before the plan could be voted upon by residents, it was withdrawn by the township council.

The Ice Palace also saw some controversies in private ownership, including a split with the Brick Hockey Club and contracts with the school district for its hockey teams being redirected to a rink in Howell following a disagreement over ice time costs.


Still, the Ice Palace soldiered on and boasted new attractions meant to entice families into its doors for a number of ice-related activities. The facility, however, was forced to close for an extended period of time during the coronavirus pandemic, falling into a category where it could not be operated under state mandates.

“We are extremely thankful to all the friends who have become family and customers who have become friends over the years,” the business posted on its social media pages Tuesday. “The decision was not made lightly and certainly not without being given much thought.”

Beyond the closing of a township icon, the Ice Palace’s end comes with new questions about the parcel on which it is located at 197 Chambers Bridge Road. The Ice Palace property, now managed by the grandchildren of Dwulet, sits on 13.34 acres and also includes a former Bally’s Total Fitness location next door and a soccer field. The rink building itself measures 39,000 square feet. It was last listed for sale in April 2009.

According to tax records, the property is currently assessed at $5,787,800. It generated $135,550 in property tax revenue last year, according to county tax records. It is located within the B3 business zone.

Ocean Ice Palace is also closing its Ocean Hockey Supply business along with the rink itself. The social media posts on Tuesday advertised a sale of 40 percent off merchandise at the store.

The Ice Palace will continue to run all programs and camps as scheduled through the end of this month, and the shop will remain open until then, the post said.