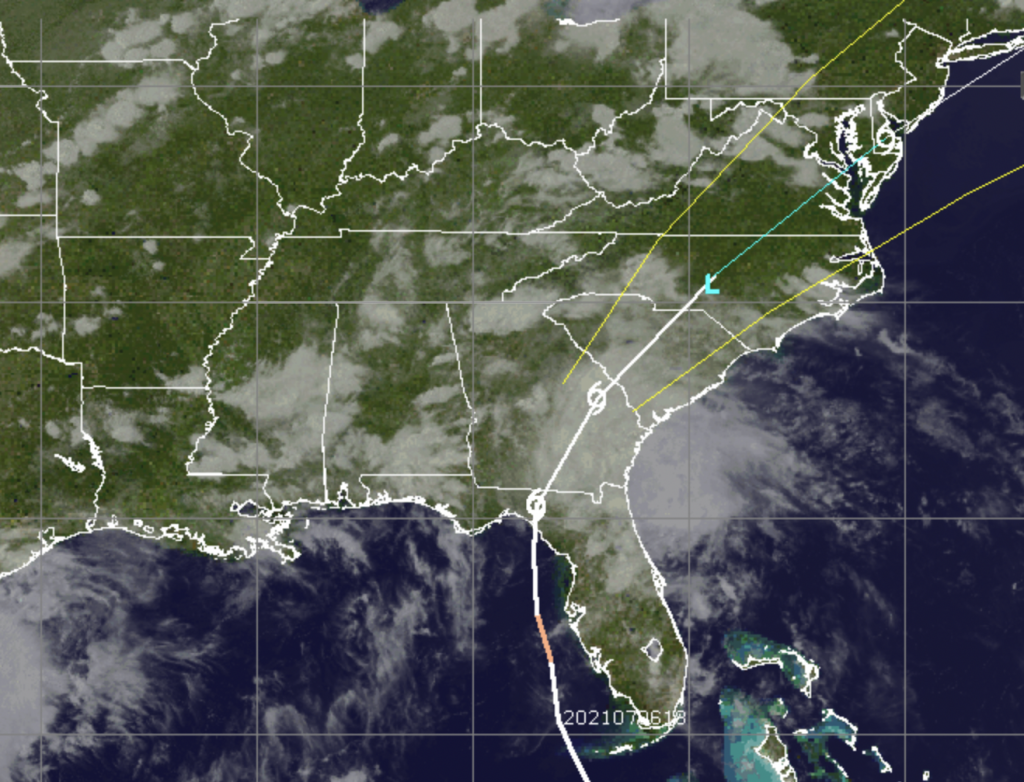 The National Weather Service issued a tropical storm watch for the entire New Jersey coast Wednesday, including Ocean County, as Tropical Storm Elsa moves overland from its Florida landfall site to the mid-Atlantic.

“The main threats with this system are heavy rainfall resulting in flash flooding as well as some river flooding, as well as tropical storm force winds, especially near the coast,” the statement said. “In addition, dangerous marine conditions will occur, along with the potential for dangerous rip currents.”


Between two and four inches of rainfall are forecast Thursday afternoon into Friday morning, the NWS forecast predicted. Heavy rainfall will result in a threat of localized flash flooding. Dangerous marine conditions are also expected to develop. Tropical Storm force winds will be most likely in coastal areas, with seas building to 6 to 9 feet over the water. Dangerous rip currents will likely occur along the ocean beaches of Delaware and New Jersey.

The good news: the NWS is predicting “little to no impact” from storm surges and tornadic activity.

After beginning with a period of sunshine, clouds are expected to build during the day Thursday with precipitation moving into the region after 3 p.m., the official forecast said. Showers and possibly a thunderstorm will roll through after 8 p.m. with winds increasing; some of the storms could produce heavy rainfall.

Tropical storm conditions are most likely Friday morning into the early afternoon, giving way to more scattered showers and thunderstorms late in the day. The storm system is expected to rapidly move out Friday morning, and sun will return Friday afternoon.