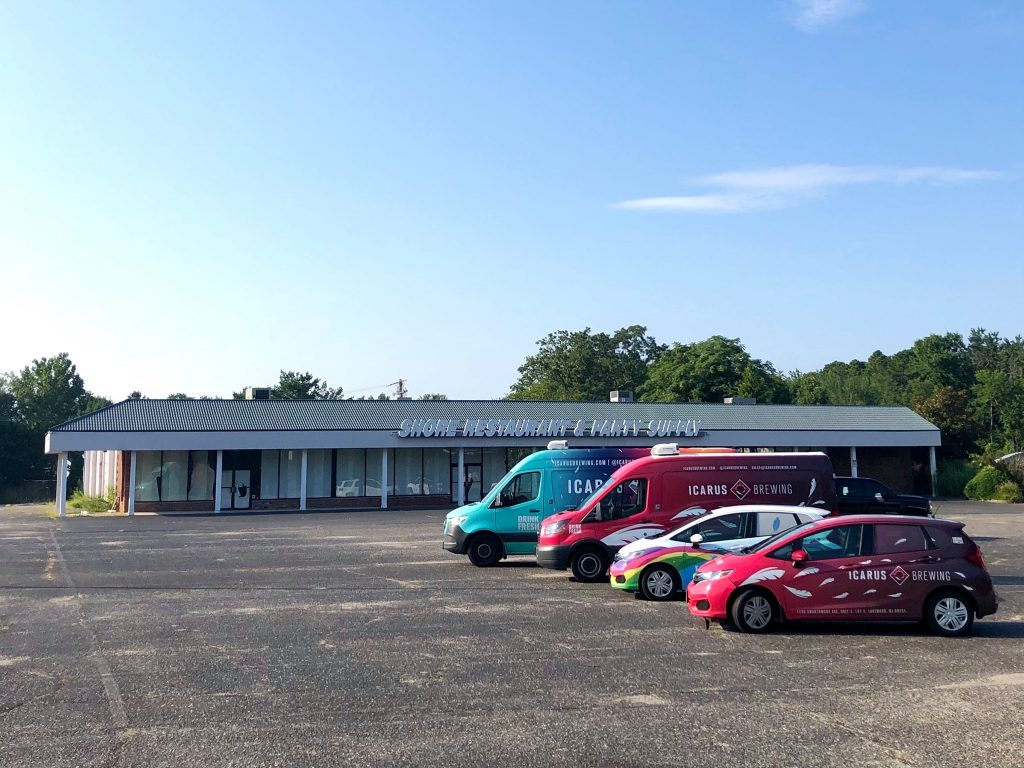 Brick Township’s planning board has given its stamp of approval to an application to repurpose a building on Route 88, paving the way for the move of a local brewery to town.

Icarus Brewing Company, which currently operated out of the Lakewood Industrial Park, will move to the former space of Shore Restaurant Suppl, located at 2045 Route 88 (adjacent to Jay’s Garden Spot). The company has promised something “new and beautiful,” and in planning documents, the project was described as the creation of a “brewery complex.”

Since our first report last month, Icarus’ owners have announced some of their plans for the new building. It will include a state of the art brewhouse, tasting room and beer garden.

“Our new home will allow us to triple in size, focus on quality control at every step of the brewing process and provide an incredible environment for you to experience all your favorite Icarus brews,” the company said in a statement.

The timetable for the move-in will be 12 to 18 months, including the construction, the actual relocation of equipment and physically opening for business.

For the planning board’s part, board members unanimously voted to grant relief from several minor zoning requirements, including a 30-foot setback where 50-feet is normally required, and a rear yard setback of 25-feet where 50 is normally required. The application, in an ancillary benefit, reduces the site’s impervious coverage by more than 10 percent.

For now, Icarus will remain open in their Lakewood location on a regular schedule. The pet-friendly business offers a wide range of beers, from a 10.3 percent ABV Belgian Quad to a citrus-flavored hoppy IPA known as “Yacht Juice.” The company also sells merchandise, kegs and hosts events, with frequent updates appearing on the company’s social media pages.