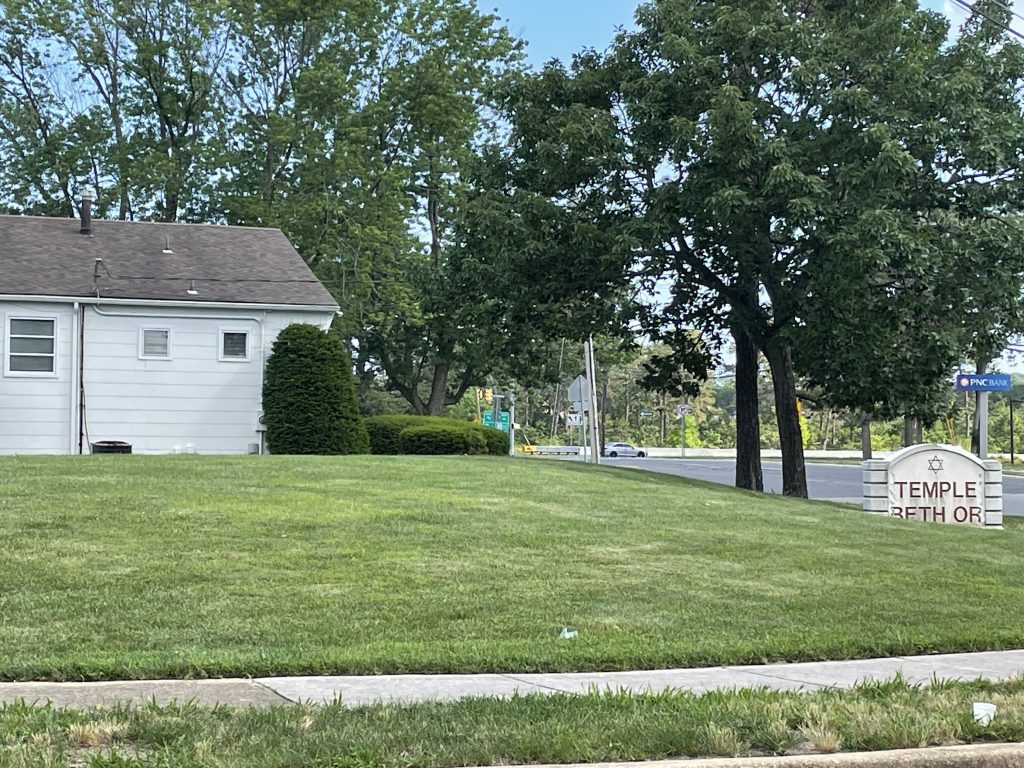 Brick officials heard from more residents at a township council meeting Tuesday night, with some reporting alleged “blockbusting” and “racial steering” tactics in their neighborhood and others saying what amounts to panic-selling is occurring near the site of an alleged illegal private, religious high school on Hendrickson Avenue.

Residents of the neighborhood are dealing with several related issues: the high school and the increased traffic it is bringing to the neighborhood, two homes – soon expected to be four – purchased by a Lakewood entity that is reportedly operating the homes as dormitories for young men, and a bombardment of phone calls, mailers and other solicitations by interests in the Lakewood ultra-Orthodox Jewish community to pressure homeowners in and around the area to sell their homes. A local activist website chronicled the phone calls this week and posted audio of an interview that was conducted with a controversial real estate representative whose firm has apparently been contacting residents. That audio is embedded below.

The high school, which has been open for about a month in the former Temple Beth Or, which had operated as a mainstream Conservative Jewish temple from 1976 to 2020, was ordered closed Monday by Superior Court Judge Craig L. Wellerson until inspectors could clear the building of immediate safety issues. Neighbors at the council meeting Tuesday night, however, said school buses arrived as usual on Tuesday and the school appeared to be operating. They pledged to forward video evidence to officials, who did send code enforcement officers to the site earlier in the day and did not discover activity.


“That will be reported to the court,” said Township Attorney Kevin Starkey, of any evidence from residents. “The order was for them not to operate; if they were, that’s a violation of the court order. Everything about the school operating, the inspections, the report, that will all be before the judge [Wednesday].”

Starkey said Wellerson has set a 3 p.m. conference call to discuss the status of the case and, presumably, rule on one or more motions. The judge denied a motion by Congregation Kehilos Yisroel (CKY) – the organization led by Lakewood developer David Gluck that bought the temple facility – to have the case removed to the court’s Chancery Division, but also stopped short of granting a motion by the township’s land use counsel ordering the building to be closed until a site plan can be heard, reviewed and approved by the township. The building was granted a zoning permit in the spring to continue operating as a house of worship with some interior renovations allowed; the school, which was not authorized or referenced in any site plan for the property, emerged several months after CKY purchased it.

Residents, some who did not wish to provide their names, said their neighbors are nervous after the alleged blockbusting and racial steering activities, as well as a number of incidents in which adults have been approaching local residents and their children, as well as stepping in the paths of vehicles.

“Since we met the last time, the situation has degraded tenfold,” one resident told the council. “It’s blatant, just to aggravate us and agitate us. Don’t give up on this. We really need your help.”

Township officials said they are continuing to investigate the properties that have been alleged to house dormitories. Rooming houses and similar facilities are barred by ordinance in Brick.

“Notices have been issued and we are continuing to get information in order to conduct an investigation, and there will be action on that as well,” said Starkey.

Homeowners said they were mainly concerned over the stream of unwanted solicitations to purchase homes in the neighborhood, which they say are often coated with religious and ethnic overtones.

“There are houses on my street being sold,” said Laurie DiGregorio, a resident of Pello Drive, which is one block away from the school property. “They were afraid. They were young couples and they moved. Now there are two more who feel the same way. I don’t care who lives next to me, whether they rent or own it, as long as they keep the property clean. I have grandchildren who I want to be able to play on that street like my son did.”