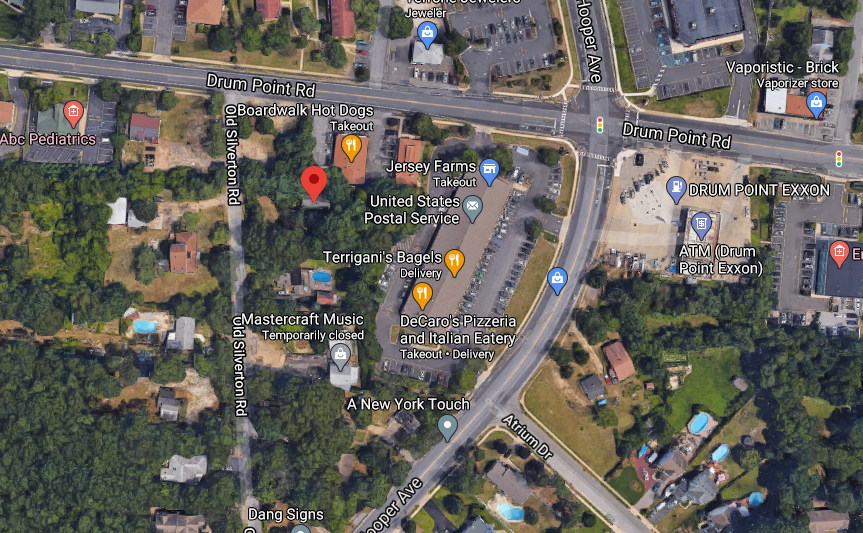 The first project proposed for Brick Township’s new “Village Zone” overlay, aimed at spurring small businesses and mixed-use properties to be developed along some of the township’s older main thoroughfares was denied in January, but the owner of the property where it was planned to be built has proposed a new, scaled-back version of the project.

Developer Samuel J. Pica, who owns the property at the corner of Drum Point and Old Silverton roads, called his idea a “business incubator” and said his novel idea would give an excellent opportunity for blue collar workers and those in the trades to start their own businesses – or move them into a setting outside of their homes. His project called for five contractor storage units and two, three-bedroom apartments on the second floor of two “L” shaped buildings on Old Silverton Road. The township’s planning board, however, found itself forced to deny the application after neighboring residents on Old Silverton Road – a residential street – testified that Pica had not proposed sufficient parking capacity. A total of nine spaces were proposed while 44 were required under Brick’s zoning ordinance.

The newly-proposed project still relies on the planning board to grant a variance to except the property from parking requirements, however the project as a whole has been scaled back.


According to board filing, Pica is seeking approval to construct just one building containing three contractor units on the first floor and two apartments on the second floor along with onsite parking spaces, drainage structures and other related site features. The project would require variance for relief from an ordinance that mandates businesses dedicate a 50-foot right-of-way since less than 50-feet of space exists. There are minor variances being requested for other “bulk” considerations, including above-ground utilities and a lack of sidewalks and curbs.

The most major aspect of the variance requests will, once again, concern parking. The planning board filing does not detail how many parking spaces will be built, however the board must vote to provide relief since the developer is not proposing a loading zone where a loading zone is required. The applicant has also requested a variance where he is proposing parking spaces which are 9-by-19 feet where the size required is 10-by-18 feet.

The case will be heard Sept. 22 at 7 p.m. at the township municipal complex on Chambers Bridge Road.