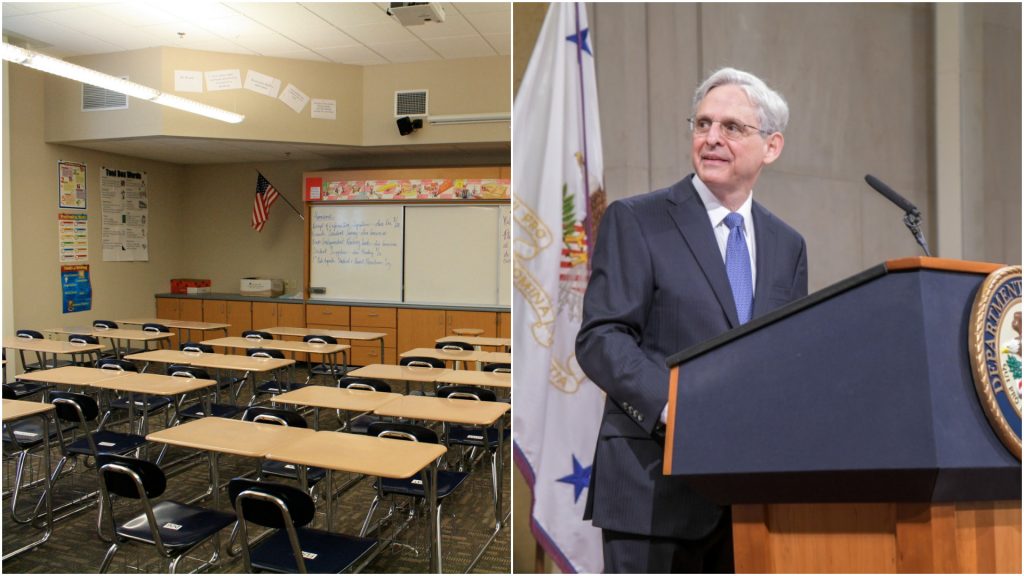 The Brick Township school district quietly awarded a contract over the summer to Panorama Education, the controversial company led by the son-in-law of U.S. Attorney General Merrick Garland, to administer surveys regarding “social and emotional” issues to students and staff.

The $40,800 contract was awarded with no public bidding process. Instead, because the contract with Panorama was inked after the district filled its minimum requirements under state law to obtain prices from two providers for the service, bidding was not required because the contract fell under the state’s bid threshold of $44,000, though this would not have precluded an open bidding process. The contract was approved at the May meeting of the township’s Board of Education, then revised in June without fanfare.

Panorama Education began generating controversy after it was revealed by a Virginia newspaper that the company was co-founded and is being led by Xan Tanner, the son-in-law of Garland, who recently drew controversy after urging the FBI to monitor “threats” at school board meetings nationwide. Several school districts in Virginia have become the center of a national debate over the collection of data from students, the extent to which school staff should be engaging with students on personal matters and whether such surveys could lead to the future implementation of controversial courses of study such as critical race theory.


Brick Schools Superintendent Thomas Farrell did not agree to an interview for this story. He did, however, send a list of bullet points shedding some light on Brick’s plans for the Panorama project following e-mails seeking comment on a number of specific issues. A request under the state’s Open Public Records Act for several items, including a copy of a bid specification, opt-out letter for parents and a testing notification letter was denied by the district when it responded Wednesday, with the explanation provided that the request was “not applicable.” Shorebeat did, however, obtain these documents from another school district that purchased the same service package from Panorama. Shorebeat also obtained the Brick district’s contract with the firm. Farrell, in his e-mail, did not say when, or if, notification letters and opt-out forms would be sent to parents.

“Surveys are voluntary,” in Brick, Farrell said in the e-mail. “At this point in the school year, we have only surveyed staff.”

Farrell said the district plans on surveying students in grades 3 through 12 mid-year, as a baseline. Then, at the end of the year, the district will survey staff, students, and parents.

“We are trying to capture our students’ voice and gauge their health, safety, security, and well-being during this time of crisis,” said Farrell. “This will help us with understanding if the student has a ‘sense of belonging’ and ‘school connectedness.'”

The district denied Shorebeat’s request under the Open Public Records Act to obtain a list of questions that would be asked of students, but was successful in obtaining the questions Panorama offers as part of the package that the Brick district purchased – the company’s “Foundations Package” as well as project management consulting for the implementation of the surveys and the general license to utilize Panorama’s platform for Social and Emotional Learning.

The consulting portion assists the district in developing a timeline and administering the tests, as well as rolling out the ultimate reports. Districts can choose a full K-12 package, with answers reported for the students by teachers in grades K-2, or a grades 3-12 package wherein the students respond to questions themselves. Brick has chosen the latter package. All answers are multiple choice, and students can choose from five options in ordinal variable style ranging from a hard negative to a hard positive response. A sampling of Panorama’s grade 3-12 questions include:

In other districts, such as Arlington, Va., questions were more pointed with regard to social issues, such as “how clearly do you see your culture and history reflected in your school?” and “how often do you feel that you are treated poorly by other students because of your race, ethnicity, gender, family’s income, religion, disability, or sexual orientation?”

Brick’s specific questions have not been revealed.

While families can opt out of the survey, Panorama will still obtain each student’s name, student ID, school, and grade level.

“This allows Panorama Education to confirm that all students who are opted out of the screener are removed from their distribution list and do not receive a link to the screener,” the company said in a statement. “Essentially, this is a quality control mechanism.”

In most districts nationwide – about 23,000 have contracted with Panorama – notification letters that contained opt-out forms were sent to parents within 30 days of testing. Brick’s notification plans have not been announced.

Personally-identifiable data points are not transmitted to Panorama, both the school district and the company stated.

“Panorama does not collect or keep the data – we do and the District owns the data,” said Farrell.

Panorama’s contract with the district separates data points into four categories. While personally-identifiable data is retained by the district, the contract allows Panorama a license for the perpetual, worldwide and royalty-free use of “blind data.” Blind data refers to aggregated, non-personally identifiable data or information based on students’ responses to the survey questions. The blind data, in turn, will allow Panorama to use it for “benchmarking, research or development purposes, including published research.” Panorama, theoretically, could use the aggregated blind data for whichever purposes it chooses.

Panorama, which was largely unknown before the coronavirus pandemic provided a combination of a surge of technology into education and CARES Act funding for districts to purchase social and emotional learning materials, has drawn controversy for the relationship between its founder and Garland, as well as funding for the startup having been provided by Facebook CEO Mark Zuckerberg, whose company has been accused of unethically handling user data. Critics of Panorama have also posited that its surveys could be used to justify or plan curriculum with which some parents may disagree, such as critical race theory.

The Panorama corporate website published a letter from the company’s CEO which states: “The America we live in is marred by a long history of racism and oppression against Black people that continues through the present … As millions of people across the country stand up to protest this system of racism and oppression, we stand with them.” The letter states that Panorama is “a beacon of diversity, equity, and inclusion.”

A company spokesperson, however, told the New York Post that it does not endorse any particular brand of social curriculum.

“Panorama Education is not affiliated with any particular academic or legal philosophy, including critical race theory (CRT),” the company said. “Panorama is not connected to CRT and it is not a tool for teaching CRT.”

Farrell, for his part, emphasized critical race theory is not currently part of Brick school curricula.

“Critical Race Theory (“CRT”) is not an approved curriculum in New Jersey nor do we teach it at Brick schools,” he wrote.

Brick Township’s school board will meet next Thursday, Oct. 26, at 7 p.m. in the professional development center at the central office building in the Veterans Complex off Hendrickson Avenue. An agenda for that meeting has yet to be released.