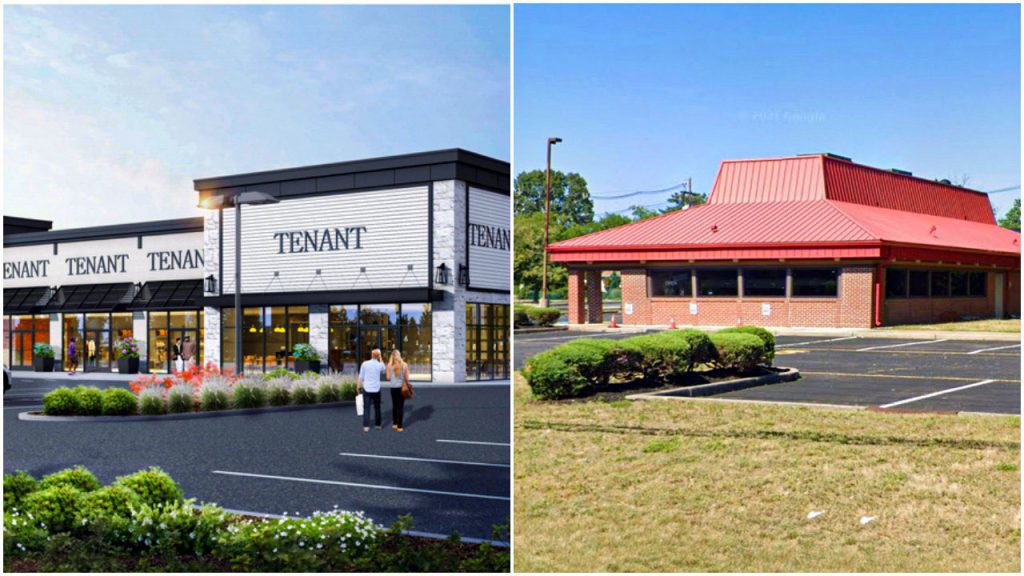 A new shopping center planned for Silverton, Toms River, will include a Pizza Hut. (File Photos)

Land cleared on Hooper Avenue in Toms River’s Silverton section, just over the border from Brick, will become a strip mall — and the first announced tenant is a drive-thru Pizza Hut that will be relocating from Brick Boulevard.

R.J. Brunelli, the broker and landlord for the project at 1882 Hooper Ave., announced the owner of Brick Boulevard Pizza Hut has signed the lease for the 1,800 square-foot endcap location of the future strip mall, which sits just south of Church Road Walgreens and the Hinds Road jughandle in Toms River’s Silverton section.


A summer 2022 opening is anticipated for the restaurant, which will focus on take-out and delivery, announced the developer.

Work clearing the undeveloped parcel began early September, and Brunelli announced via a press release from Jaffe Communications that Pizza Hut would be its first tenant.

“Mario Brunelli, the R.J. Brunelli VP & Principal who represented the landlord on this first signed lease for the property, noted that Pizza Hut will be relocating from a nearby site in Brick Township,” according to Jaffe’s press release.

The project will become a new 12,600-square-foot retail center with traffic access via Hooper Avenue as well as Hinds.

The building would measure 140 by 90 feet, with space for up to seven tenants on the 1.738 acre lot.  March Construction is overseeing the construction.

Toms River has had its own Pizza Hut for decades, the location at 211 Route 37 East. Over the pandemic rumors began circulating that a Pizza Hut would replace the Charlie Brown’s which had recently closed. The Planning Board approved Brunelli’s site plan in April.

The zone allows for businesses including a drive through, and the current marketing materials from R.J. Brunelli & Co. mention “seeking restaurants, day cares, auto stores, and urgent care centers.”

The strip mall will include a parking lot with 49 spaces would have entrances and exits to both Hooper Avenue and Hinds Road.