A fishing boat that became grounded in the breakers at Island Beach State Park early Saturday is still stuck on a sandbar after efforts to tow it to deeper water were not successful.

The fishing vessel Bear, a 68-foot boat built in 1984, according to a federal registration database, remained in the surf zone and led to the closure of an area of the park to vehicles and anglers Sunday. State officials closed Area 23 of the park due to concerns over high tides and strong winds Sunday into Monday. 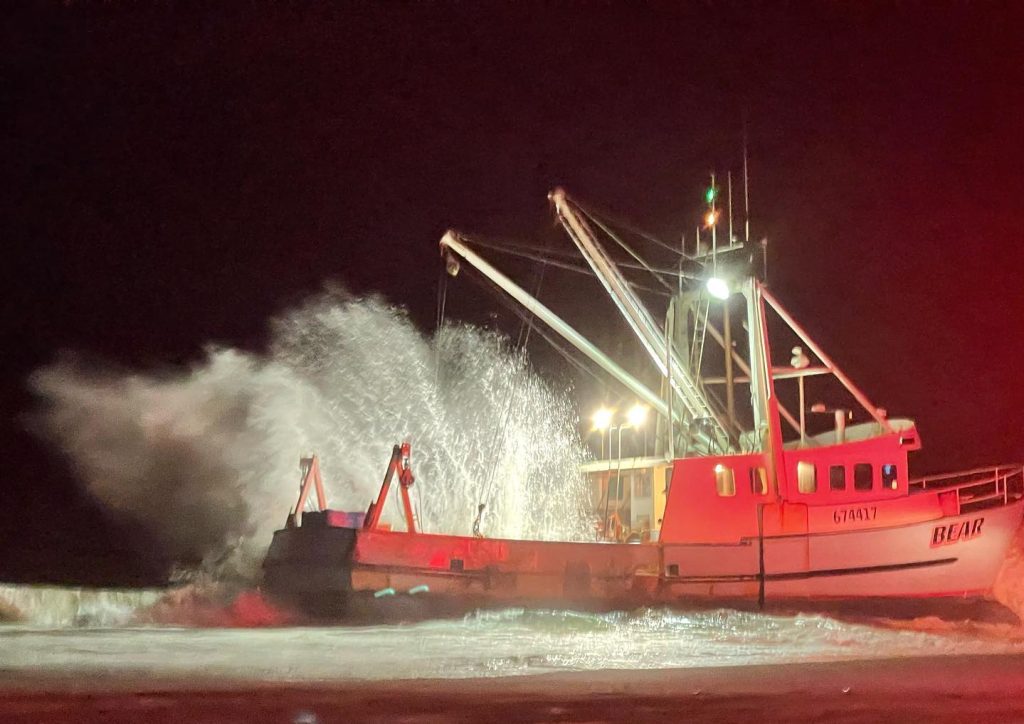 “If the boat shifts position, it may create safety and access issues if the boat turns perpendicular to shore,” an announcement said.


The grounding of the Bear, a scallop boat that weighs 72 tons and draws 8-feet of water, elicited a response from the U.S. Coast Guard, the Seaside Park and Seaside Heights fire companies, plus TowBoatUS crews from the local area as well as Atlantic City, where a more powerful vessel was launched to unground the Bear. Those efforts, thus far, have failed. There was no indication as to how much fuel remained on board or if it was at risk of leaking, however a spokesperson for Coast Guard Station Barnegat Light said the agency confirmed that there were no immediate safety hazards and the boat’s crew escaped uninjured. 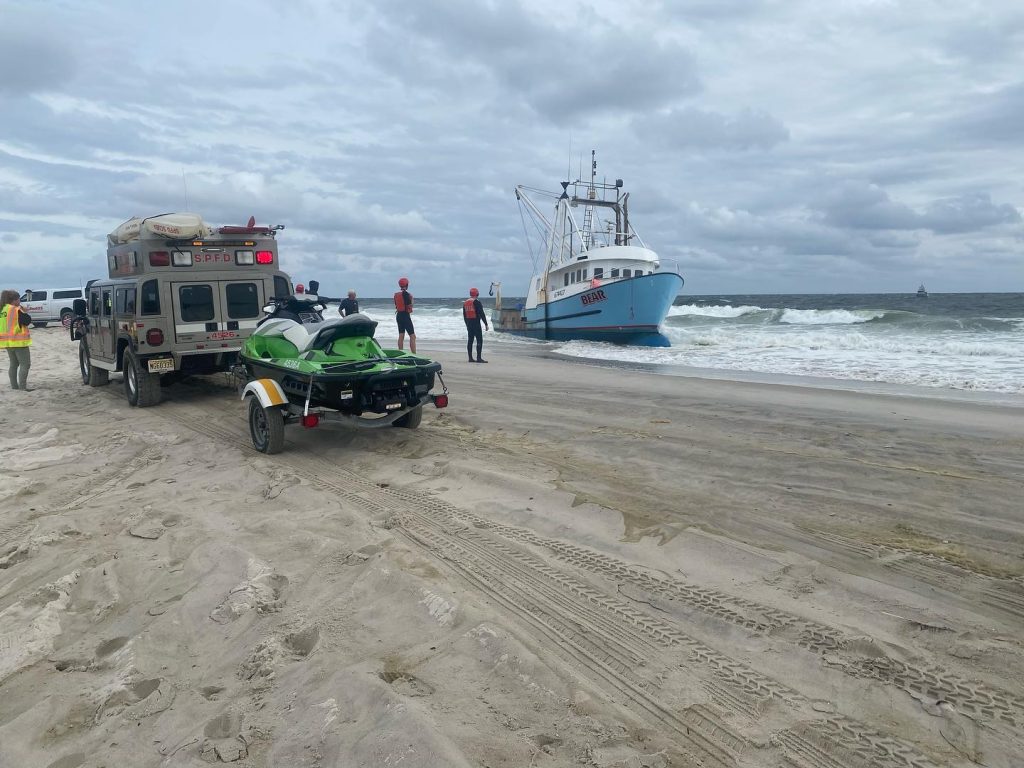 Mike Tumolo, Seaside Park Fire Chief, said the exact reason the boat ran aground is not yet known, however the crew members did spend the night on the beach as they waited for the vessel to be ungrounded. The tide went out before the tow boat could free the Bear, however, and the vessel settled into the sand where it has remained ever since.