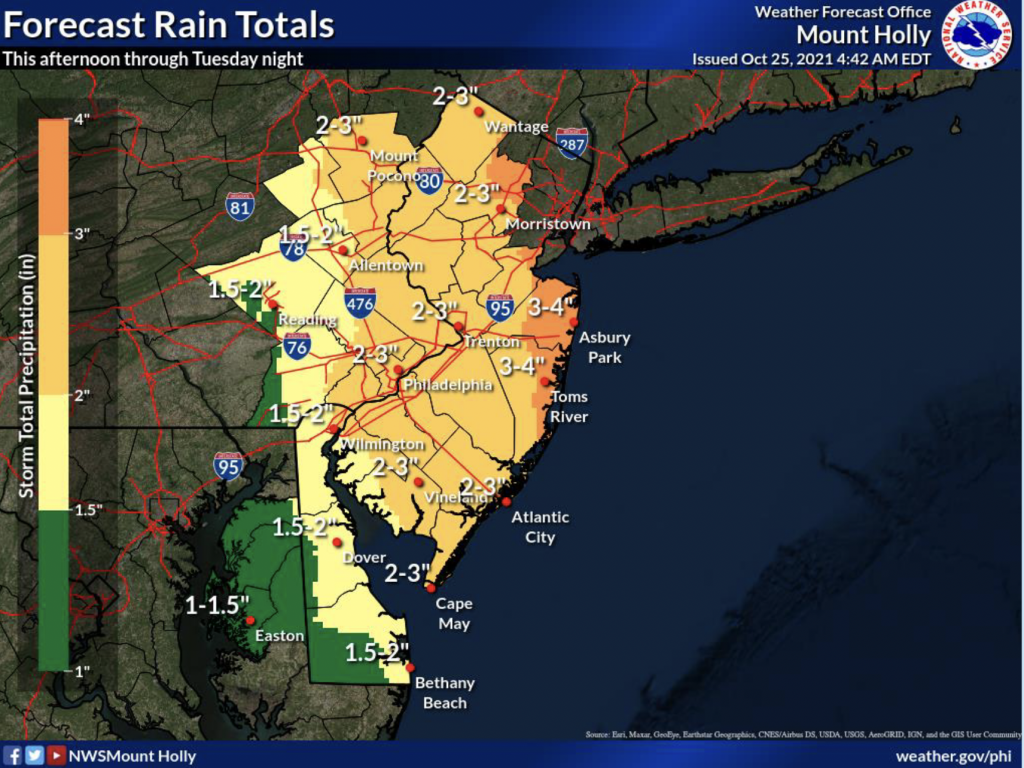 Two storm systems – one to the west and one to the south – are expected to combine and develop offshore into a coastal storm. In Ocean County, the National Weather Service has issued a flash flood watch as well as several marine advisories. The foul weather was due to move in during the evening hours.

“Uncertainty remains high with this system as small shifts in the track could lead to significant differences in the impacts for our region,” the NWS said in a statement. “A shift closer to the coast could mean even higher rain amounts, more significant flash flooding, and stronger winds further inland, while a shift further off the coast could mean more limited impacts.”


After a cloudy day Monday during which the high temperature was forecast to be 76 degrees, the storm will move in with a chance of showers and thunderstorms, then showers and possibly a thunderstorm after 10 p.m., according to the NWS office in Mount Holly. Some storms could be severe, with damaging winds and heavy rain. The low will be around 62 degrees. South wind 10 to 15 m.p.h., becoming east after midnight. New rainfall amounts between 1 and 2 inches possible.

Showers and possibly a thunderstorm will carry into Tuesday. Some of the storms could produce heavy rainfall, and the high will be near 65 degrees. It will be breezy, with a north wind 15 to 25 m.p.h. Another 1-2 inches of rain could fall Tuesday. 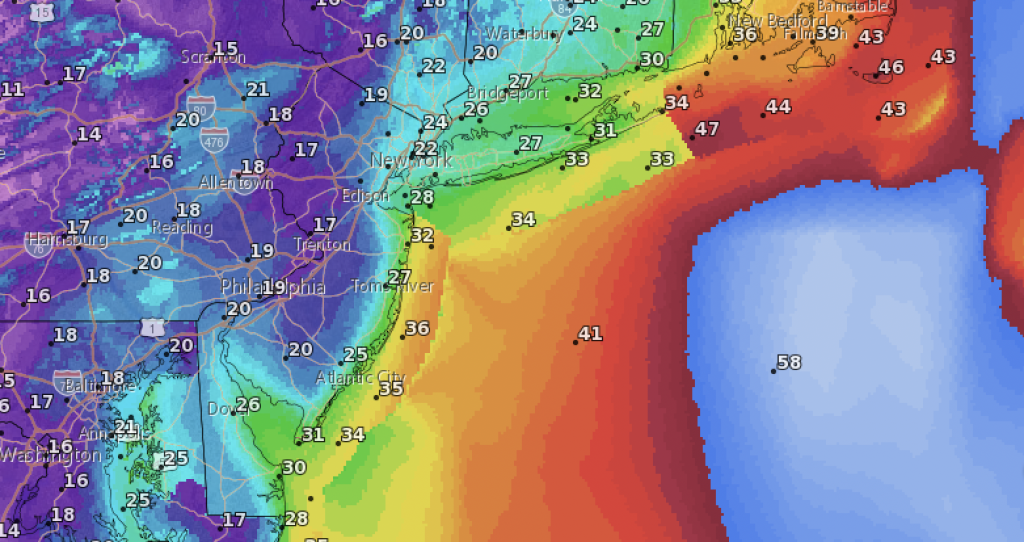 The highest winds from the storm will arrive late in the day Tuesday and Tuesday night, when temperatures will drop to 55 degrees and winds will blow 25-30 m.p.h. with gusts higher than 40 m.p.h. in some locations, especially near the coast.

Incredibly, the effects of the storm will continue into Wednesday, with a chance of showers, mainly before 8 a.m. It will otherwise be mostly cloudy, with a high near 61, and breezy, with a north wind 20 to 25 m.p.h, with gusts as high as 40 m.p.h.

Tidal flooding in the storm is forecast to be minor in nature, though low-lying roadways may be covered. The impacts of flooding will be felt primarily during the Tuesday and Wednesday high tides, the NWS statement said. Meanwhile, seas are expected to grow to more than 10 feet and Gale-force winds were expected offshore. A Gale watch was in effect for Tuesday night and Wednesday.