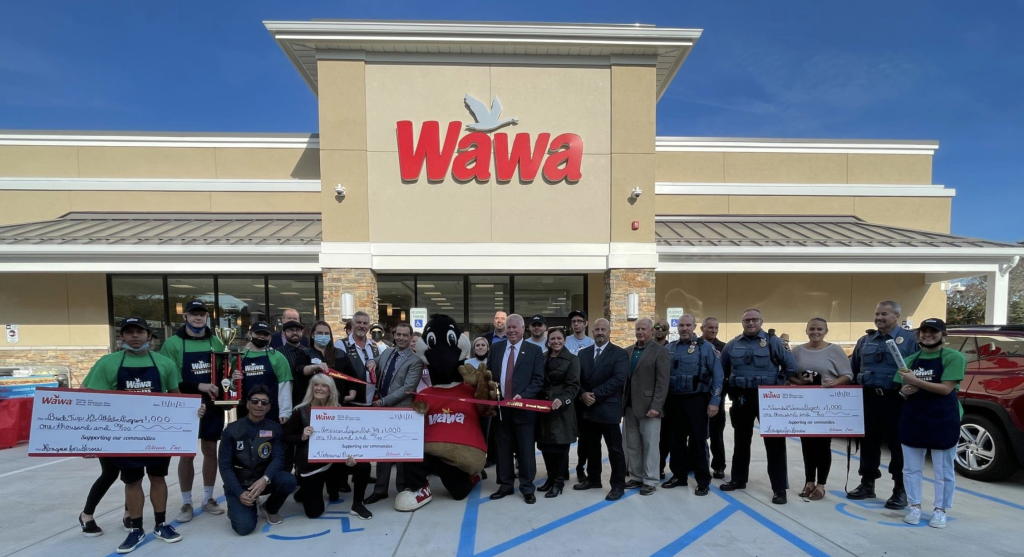 A Wawa convenience store that opened last week in Brick Township quickly became a magnet for passersby – perhaps too much of one – and traffic problems have been the result. But township officials said a decision by the state Department of Transportation has led to the gridlock.

“The DOT, for some reason, allowed lefts out of the Wawa,” said Mayor John Ducey, referring to the company’s newest store at 1902 Route 88, which also has an entrance and egress onto Jack Martin Boulevard.

The store opened late last week and has since spurred significant gridlock in an area of the state highway that already is routinely congested. Vehicles turning left in order to enter and exit the Wawa have prompted the backups, which at times also stymied traffic on Jack Martin Boulevard, which is a county road.


Since the Wawa complex is located on a state highway, the local planning board did not have jurisdiction over the matter and could not have ordered the store to prohibit left turns out of the parking lot (or into the store from Route 88). Though Brick officials approved the development, traffic patterns along a state highway are determined by the DOT.

“Our people were on that,” the mayor said, expressing frustration with the state’s decision. “When you live here, you know what the problems are going to be when there’s a proposal, and you need help from these other agencies.”

For now, Ducey said, patrons of the Wawa store should avoid making left turns voluntarily. There is an alternative entrance from Jack Martin Boulevard where a traffic light directs turns in a safer manner. The decision surprised him, he said, because other development proposals along the same road did produce direction from the DOT to prohibit left turns into the businesses.

Shorebeat has reached out to the DOT for comment on how the decision was made to allow left turns and whether it may be reversed due to the traffic conditions. A request for comment was also sent to Wawa asking if the store may voluntarily bar left turns. We will report back when more information is available.