Known as the “Christmas Storm,” the nor’easter of 1992 made its presence known at the Jersey Shore Dec. 10, remaining largely stationary over the region for two chaotic days before moving offshore.

Locally, the damage was significant – considered by many local residents to be the worst coastal storm in decades before Superstorm Sandy rolled ashore 11 years later. One of the storm’s victims, as in Sandy, was Joey Harrison’s Surf Club, which cheated an early demise in the 1990s and was able to be rebuilt. The Surf Club, of course, was torn down over the last two weeks after being destroyed in Sandy, with its longtime owners, the Barcelona family, selling the property to Toms River Township to turn it into a public beach. That’s when evidence of both storms came to light.

“In the 1992 storm, part of the Surf Club deck broke off and they built over top of it,” said Township Engineer Robert Chankalian. “When they demo’d it, we found that out,” he added with a chuckle. 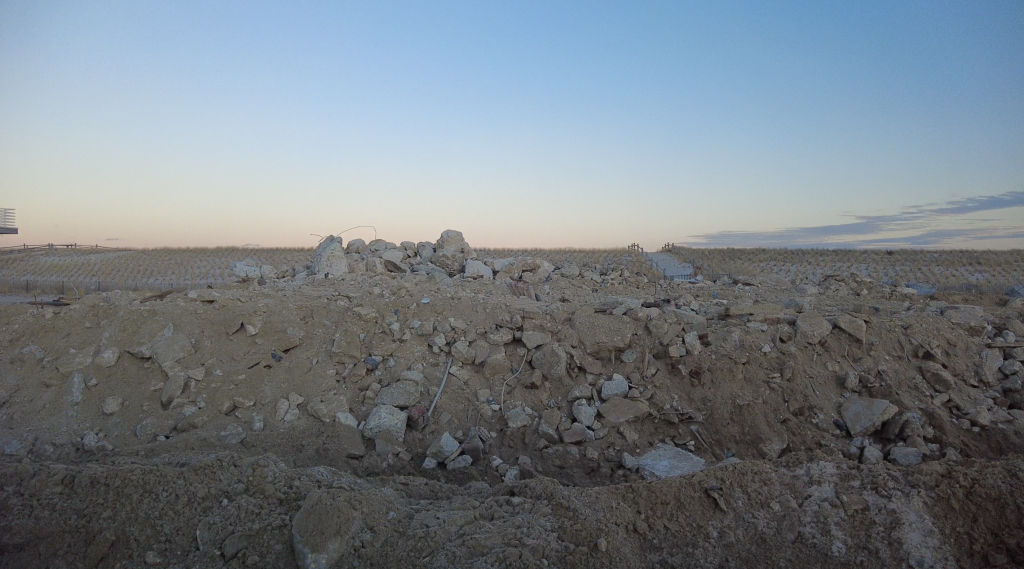 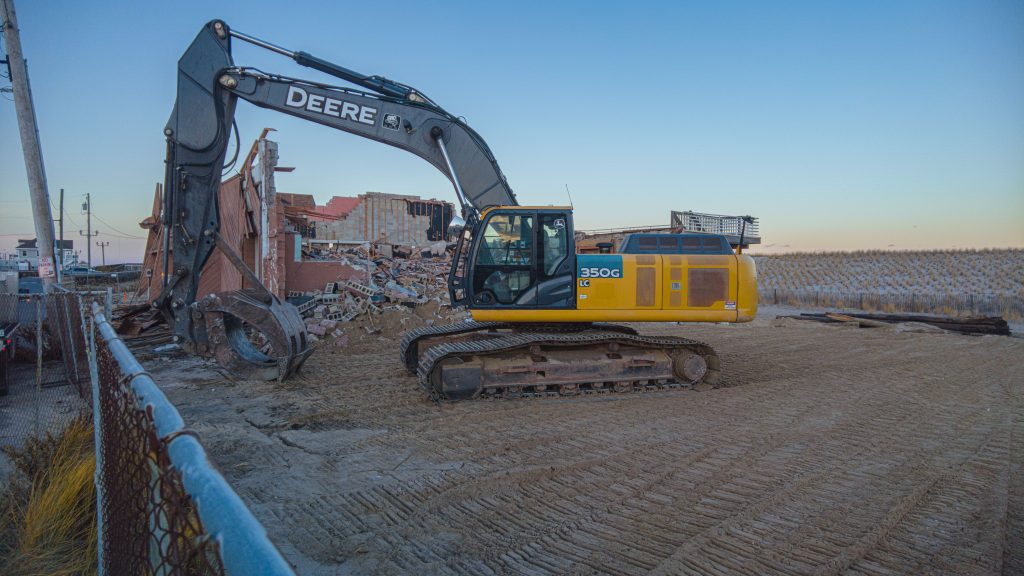 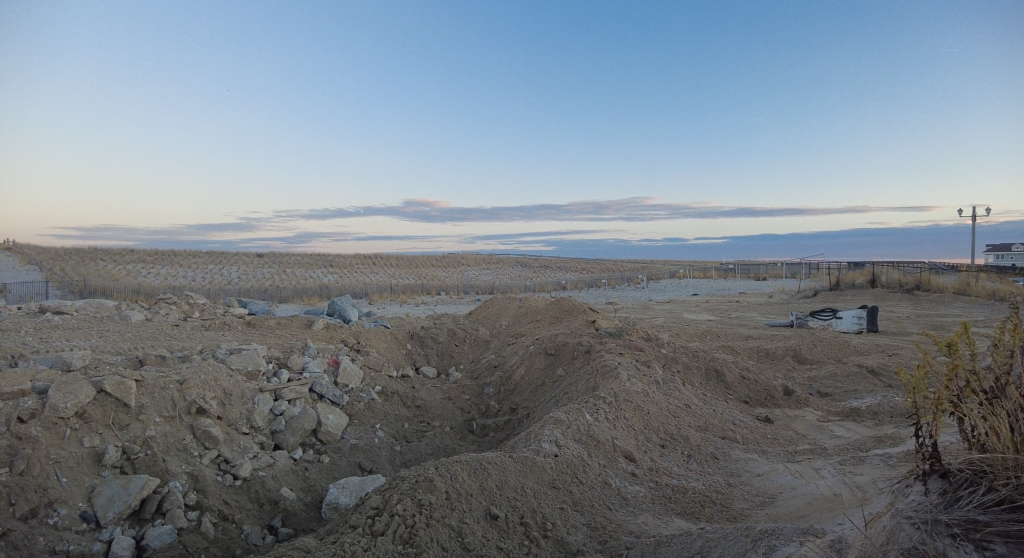 The demolition crew working the site discovered the massive decking and the structure that had been built above it to support the portion of the building that was destroyed in the 1992 storm using thoroughly 21st-century technology. As demolition operations took place, the site was examined by technicians operating ground-penetrating radar which has the capability of detecting objects underground. The same type of radar was used to investigate a centuries-old shipwreck discovered in Normandy Beach during the post-Sandy beach replenishment project.

At first, both the demolition crew as well as township building officials weren’t sure what to make of the discovery, which would have to be removed along with the rest of the deteriorating building. A little local knowledge provided the answer.

“One of the residents came up and remembered it,” said Chankalian. “It was a 16-by-60 foot slab. The radar picked it up, and they had to work pretty much all last weekend to remove it.”

In the end, the slab structure’s weight was measured in tons, Chankalian said.

Hauling away the concrete did incur costs, but ironically ended up saving the township thousands of dollars. While there were additional hourly and disposal costs, the result of the find was a reduction in the amount of sand that needed to be imported to the site. This led to the township council voting to reduce the demolition contract by $9,476, for a total of $203,323.

Funding for the purchase of the Surf Club as well as a parking lot across the street is primarily being sourced from the state’s Blue Acres program, which purchases flood-prone properties and preserves them. Another portion of the purchase is being funded through the sale of parcels of land owned by the township near Cattus Island County Park and Ocean County College to the county government. Assistant Township Attorney Anthony Merlino said his office was expecting the closing of that portion of the deal this Thursday.

Merlino said as soon as the county funds have been transferred to the township, a closing date can be set with the Barcelona family and the property will officially be in public ownership. Township officials have said they are planning to extend the Ortley Beach boardwalk and perhaps add some amenities in a small portion of the space where the once-booming nightclub stood for decades.