A chase and even an attempted carjacking ended in two arrests 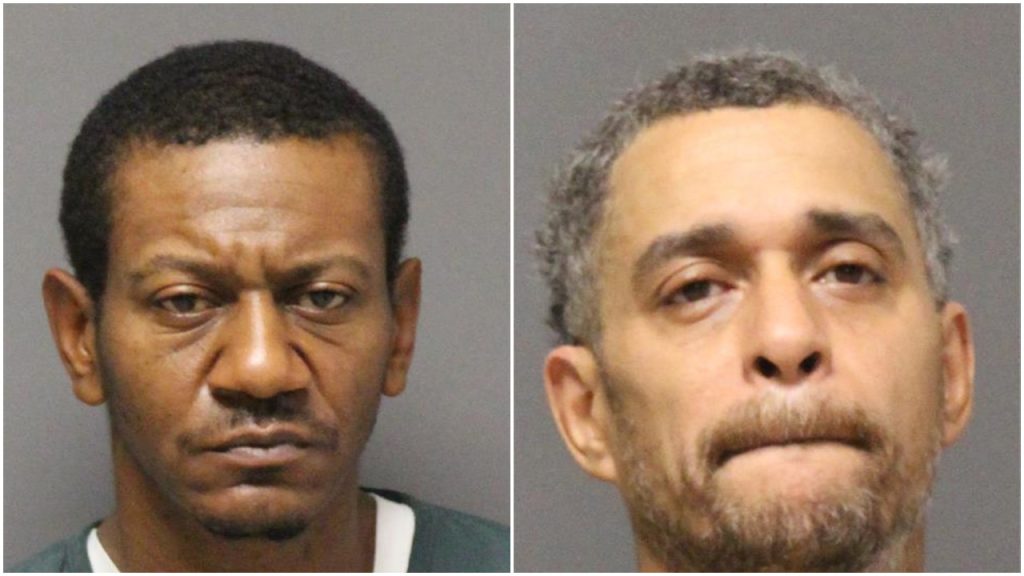 An off-duty Brick Township police officer caught a suspected car burglar in the act Thursday, police say, leading to a chase that ended in a crash and apprehension of a suspect wanted in connection with multiple burglaries.

The scene began to play out about 2 p.m. Thursday when off-duty Brick Township Police Officer Kevin Ryan was leaving the LA Fitness gym in Brick Plaza after working out. He heard a vehicle alarm sounding in the parking lot, coming from a tan Chevy pickup truck. Ryan also noticed a greenish-grey minivan parked next to the tan pickup, which matched the description of the vehicle that car burglars have been using while traveling across the state for the past several weeks, victimizing gym-goers and other shoppers in plazas.

Ryan immediately called the sighting in to headquarters, at which time Officer John Canterelli was the closest patrol unit and arrived within minutes. When the suspects saw the marked police car pull into the parking lot, they immediately fled “in a wild manner with extreme disregard for the pedestrian traffic in the shopping plaza,” said Sgt. Jim Kelly, in a statement.


Canterelli pursued the fleeing vehicle with lights and sirens, Kelly said, but the driver continued driving dangerously through the residential neighborhood directly across from Brick Plaza, along Aurora Place and Bryn Mawr Drive. Out of concern for the safety of the general public, police terminated the pursuit. But by then, several police units were in the area and those officers continued to monitor the erratic driving of the fleeing suspects from a distance.

The incident would soon turn into a crash. When the suspects had left the residential neighborhood, they turned from North Lake Shore Drive onto the southbound lanes of Brick Boulevard, driving against traffic, going north on the southbound side of the major roadway.

“The suspects continued fleeing dangerously through town, at one time driving against the flow of traffic, going east on the westbound side of Route 70,” said Kelly.

Several motorists were run off the road to avoid colliding with the racing vehicle, he said. Meanwhile, officers continued to monitor from a safe distance and call out the suspects’ location and direction of travel. At the intersection of Burnt Tavern Road and Maple Avenye, the suspect ultimately ran the light and crashed into a black Audi with two occupants, Kelly said. The crash overturned the black Audi and disabled the suspects’ minivan.

The pursuit still wasn’t over.

After crashing into the Audi, the suspects jumped out of the minivan and began to run. The driver, identified as Andrew Williams, 42, of Brooklyn, N.Y., ran to a vehicle that had stopped near the intersection because of the crash and tried to pull the driver out of the vehicle, but she was seat-belted in and he could not extract her.

Arriving officers ran towards Williams, at which time he fled on foot and tried to enter an unmarked police car to steal that, but Lt. Terrence Covert and Lt. Jay Matthews pulled him out and placed him in handcuffs.

The passenger, Louis Candelario, 49, of Brooklyn, N.Y., fled north on Burnt Tavern Road on foot. Officer John Boronkas caught Candelario up the road and placed him under arrest.

“The victims of Thursday’s carnage are safe and detectives continue to investigate the events as they unfolded,” Kelly said. “More charges are possible upon the completion of the Traffic Safety Unit’s investigation into the crash at Maple Ave. and Burnt Tavern.”

Williams and Candelario are suspects in multiple vehicle burglaries and thefts throughout the state of New Jersey.