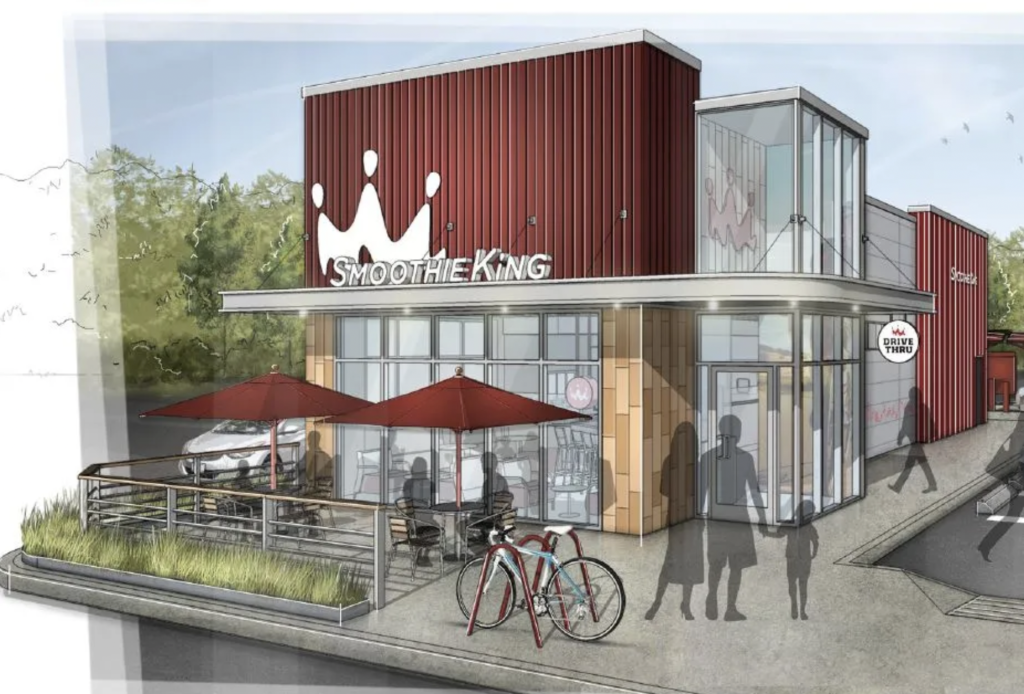 Developers started to pitch a plan to build a Smoothie King franchise across the street from the congested side entrance to the Kohl’s and ShopRite plaza to the Brick Township planning board Wednesday night, with representatives testifying that the business will not further aggravate traffic in the area.

The meeting, which took place amidst a major unrelated traffic jam that closed the center of town to traffic all night Wednesday, revealed that there would be at least two parties formally objecting to the application. One of the objecting parties, two brothers who own a residential home in back of the proposed smoothie restaurant and drive-through, has hired attorney Charles P. Tivenan to lead the objection and cross-examine the developer’s witnesses.

The lengthy application was not completed Wednesday night. Like most planning board cases that involve development on major roadways – with objecting parties – the hearing will be held over at least two meetings. No cross-examinations occurred Wednesday night, however Smoothie King’s representatives began presenting their case that the location at 129 Chambers Bridge Road is a good one for their new franchise. 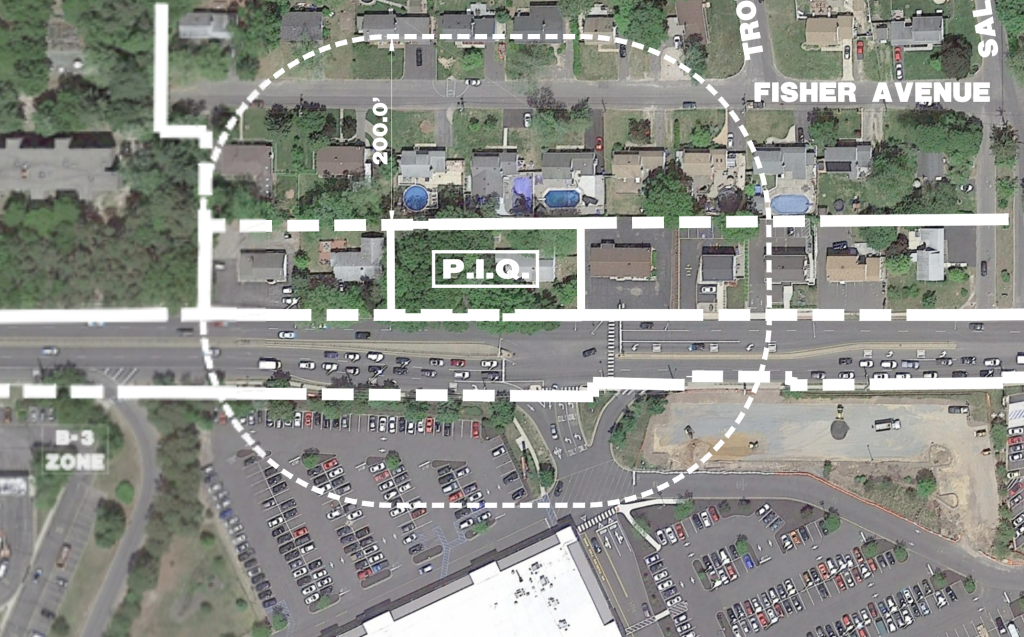 The proposed property for the Smoothie King is opposite the traffic signal that allows vehicles to turn left into the Shop-Rite parking lot, though the entrance is located a short distance west of the end of the turning lane and, according to those who testified, outside of the most congested area. The lot is currently occupied by a residential home that was sold in June. Putting the traffic issue aside, the replacement of a home with a business on the major thoroughfare would comply with the area’s zoning.

“Chambers Bridge Road has evolved over the years and there are still some residential lots that time has passed by,” said attorney John Jackson, representing Smoothie King. “There are some businesses that have been approved in recent years that have adopted what the council envisioned as a commercial zone. We put in great pains to design something that works in the position it’s in.”

The location would be operated by Humza Tanvir, who already owns six Smoothie King franchises across the state. Tanvir testified that the location he chose fits with Smoothie King’s target business environment and would be small enough to have no noticeable impact on traffic.

“We focus on smoothies, and that is essentially all we do,” said Tanvir, explaining that the proposed building would measure just 1,069 feet in area, about the same as a studio apartment. “We don’t serve food, and I just love the area in general.”

Regarding how this particular location was chosen: “We look for other drivers for our concept – we look for the Chipotles of the world, Jersey Mike’s, and this is where they are located,” Tanvir said. “It’s a busy location, and I think it’s a good location. it drives traffic for our business.” 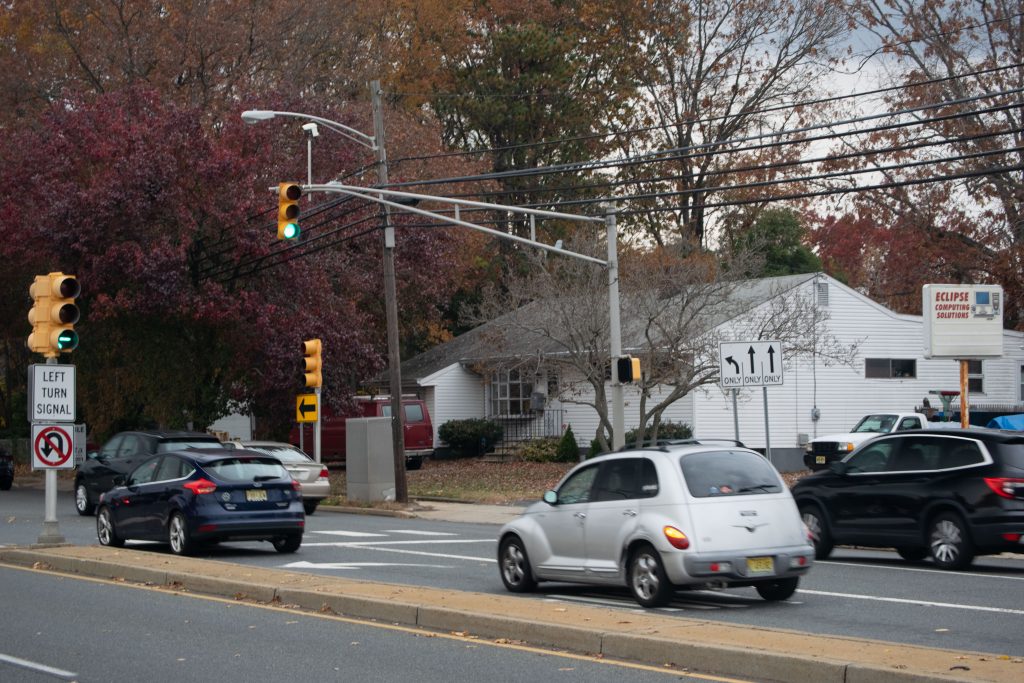 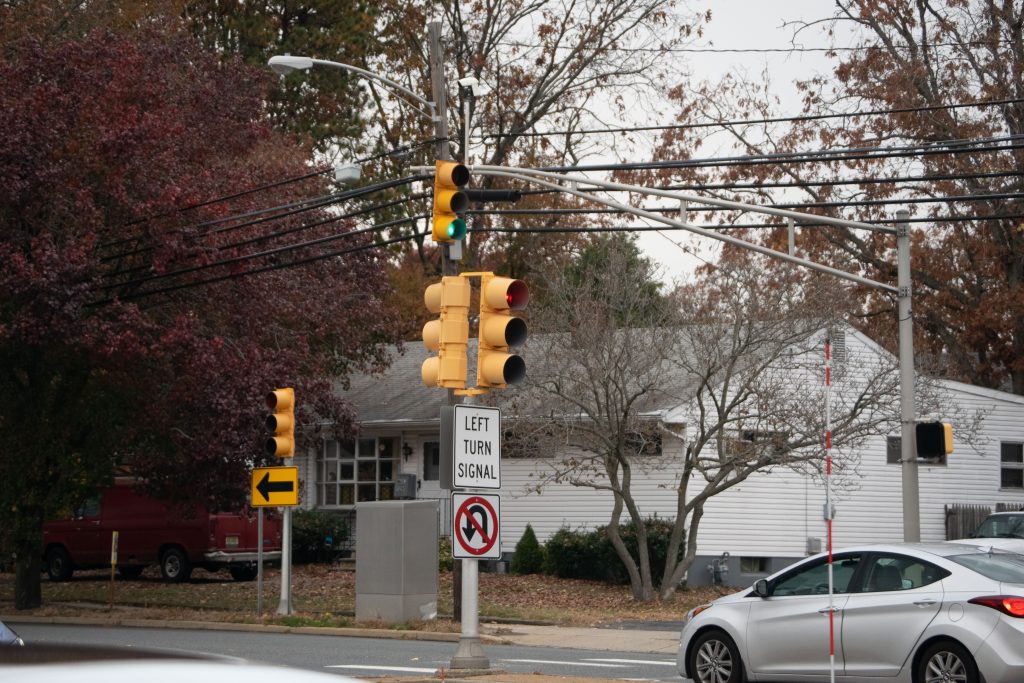 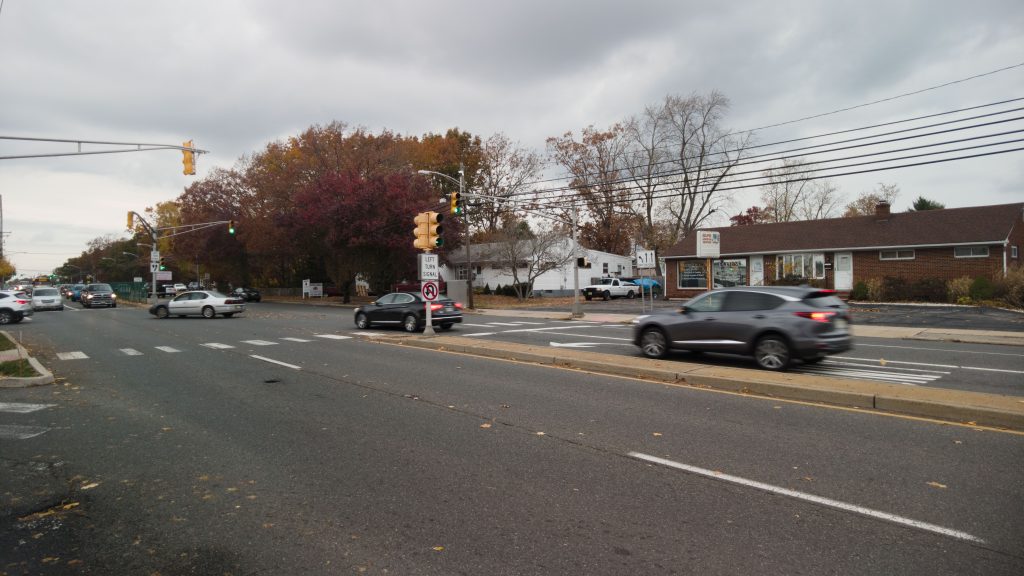 Traffic, however, was described as something in the realm of slow-but-steady beginning around lunch time. Smoothie King operates from morning until evening, and focuses the bulk of its efforts on quickly turning around drive-through orders. About 40 percent of orders today are transmitted via the company’s mobile app, said Jackson.

“The predominant business model here is for takeout smoothies,” said Jackson. “There are only one or two seats inside. Based upon the traffic counts we have done, we don’t ever expect the queue to be filled completely or be overflowing, or for traffic to back up onto Chambers Bridge Road.”

The Smoothie King, as proposed, would have formal space for a queue of about nine cars at once to encircle the building.

“Our queues will never get more than three cars,” said Tanvir. “Three cars is the max we usually see, five is probably the most we’ve ever seen. There was no way we could go into this design without having a sufficient car stack.”

Tanvir said there is room for more cars beyond the nine outlined on an architectural rendering, ensuring, “You could have an even bigger line behind that and it wouldn’t extend out to Chambers Bridge.”

It is expected that those claims will be challenged by objectors and, perhaps, by township officials who made numerous references to the area’s notoriously brutal traffic bottleneck caused by the signal that allows vehicles to enter and exit the busy Kohl’s/ShopRite shopping plaza. There will also be further discussions on emergency vehicle access.

“Larger emergency vehicles will either have to stage in the exit lane or, if it were truly a fire situation – the same case with all of the properties on Chambers Bridge Road – they would fight the fire from Chambers Bridge Road,” said engineer Douglas Hanley, eliciting some audible grumbling from the audience.

Still, Hanley testified in no uncertain terms: “There will never be a queue that backs up to Chambers Bridge Road.”

“We are beyond the concrete island on Chambers Bridge Road, and you cannot make a left turn movement into the property” from the ShopRite plaza, Hanley said. “Smoothie King is a very unique use. This is one of the lowest-intensity drive-through facilities you could put on this site, or any site.”

Smoothie King’s representatives said they have removed several signs from the northern and southern portions of the property on the advice of initial feedback from the township. They also said the property would be improved with 68 plantings and two rows of evergreens, plus staggered shrubs and trees to form a barrier with neighboring properties.

The application requires variance relief and design waivers from the planning board, though the relief being sought consists of “bulk” variances – not the more stringent use variance. The variances are required for lot depth (100-foot proposed where 125-foot is required), minimum floor building area (1,169 square feet is proposed while 2,000 square feet is required) and various setbacks. Permission is also being sought to mark 9-foot-wide parking spaces instead of the required 10-foot spaces.

Smoothie King’s professionals will continue to present their case at the Jan. 26, 2022 meeting of the planning board, which will be held at 7 p.m. at the township municipal complex. It is expected that the traffic issue will be discussed in-depth, plus objecting parties will have a chance to present an opposing case and cross-examine Smoothie King’s witnesses. Neighboring homeowners will not be mailed an updated notice as to the time of the next meeting.