Truck Towing Excavator Takes Out Poles in Brick, Then Overturns Onto Car in Toms River 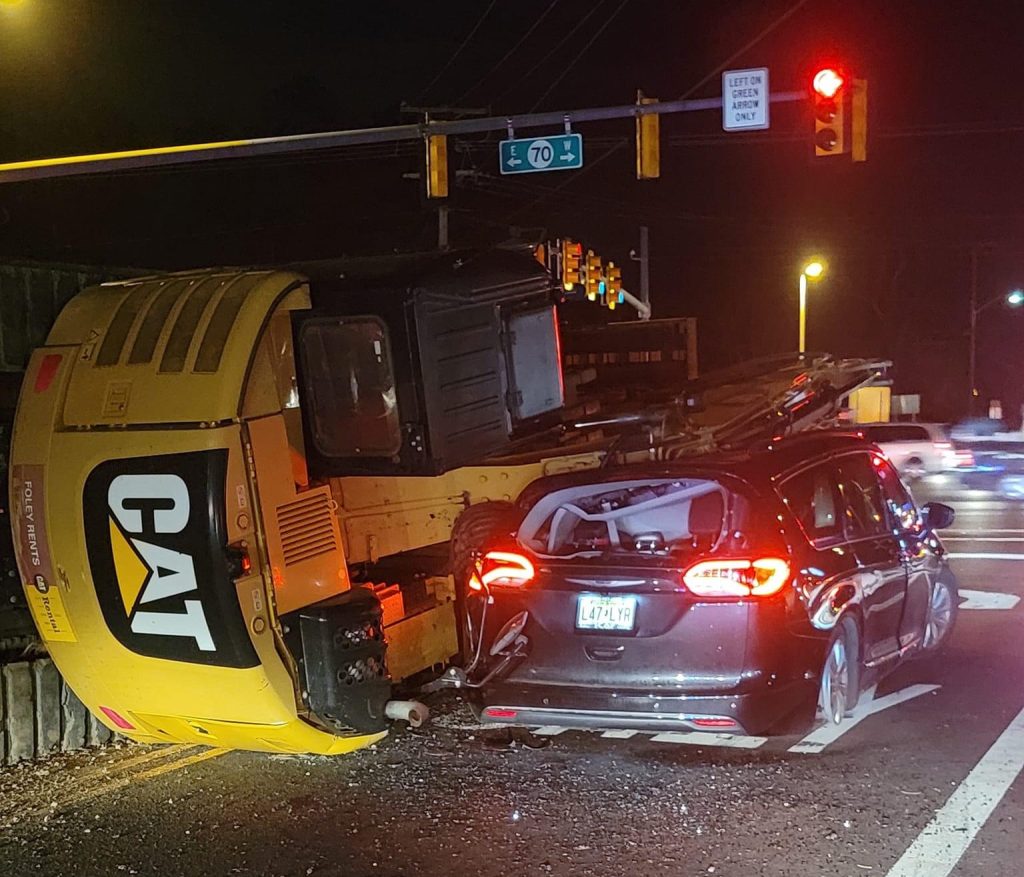 Two major accidents involving the same vehicle, towing the same excavator on a trailer, played out in two towns over the course of hours Wednesday night and, amazingly, resulted in no injuries.

The first incident took place in Brick at 5:08 p.m. and snarled traffic for hours, with Route 70 only reopening fully Thursday morning. According to police, a 2007 International 7600 dump truck towing a flat trailer with a Caterpillar 314 excavator was traveling westbound on Route 70 approaching the area of Brick Boulevard. The arm of the excavator was in an upward position while on the trailer, which caused it to take down several wires across Rt. 70 which landed on a 2017 Honda Pilot.

The truck, which was being driven by Chrisopher W. Caches, 56, of, Toms River, continued westbound on Route 70, causing the excavator arm to collide with the mast-arm for the traffic signal at the intersection of Route 70 and Brick Boulevard. Power was disrupted to the area and traffic was diverted for several hours while crews from NJDOT, JCP&L and Verizon made repairs to the damaged equipment.

According to police spokeswoman Jillian Messina, the same driver, Caches, told responding officers that he was driving west on Route 70, towing a trailer loaded with an excavator, and made a right turn onto Whitesville Road. Once he made the turn, the trailer apparently flipped over and the excavator landed on a vehicle that was stopped on Whitesville Road for a red traffic signal.

Caches was issued a summons for careless driving.

The accident remains under investigation by the Toms River Police Safety Officer Ryan Fitzgerald. In Brick, police are asking anyone who may have witnessed this crash or has information related to it is asked to contact Ptl. David Thergesen of the Brick Police Department Traffic Safety Unit at 732-451-2037.