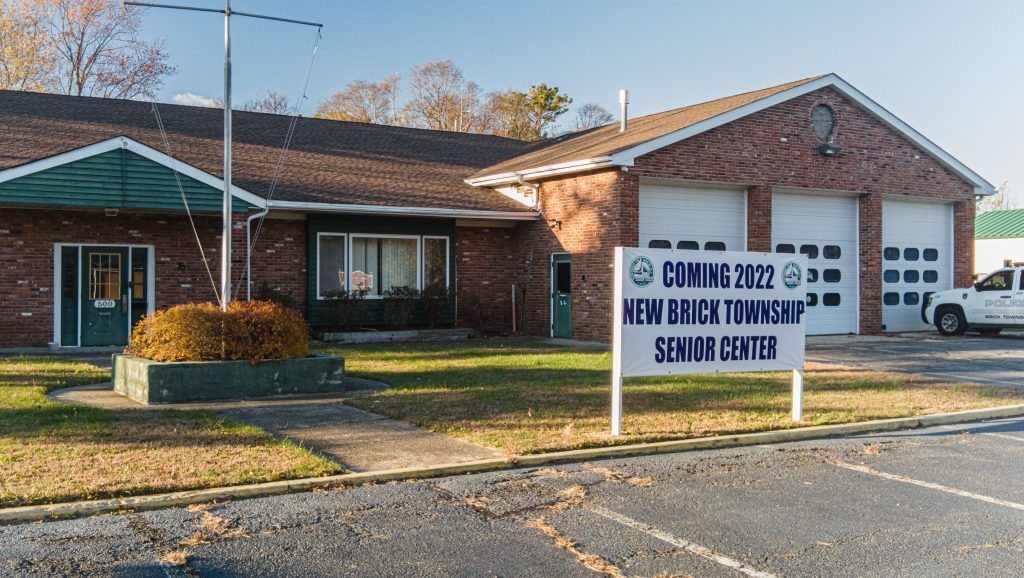 Brick officials said they are confident in the township’s chances to secure a grant of up to $400,000 that will go toward the renovation project at the forthcoming senior center and backup EMS station.

Work on the project has gotten underway at the site, which consists of an existing building long occupied by the Brick Volunteer EMS squad until it was disbanded several years ago. It came back into township ownership after legal action was taken against the entity that represented the former company of volunteer EMTs. The building is now being converted into a permanent senior center, with the existing ambulance bay receiving its own upgrades to be able to accommodate the current Brick Police EMS equipment and its members in order to serve as a backup base closer to the southern portion of the township.

“It will be shared by the Senior Services Division and the EMS, which works, because there’s already a bay for ambulances and the building was retrofitted for that purpose,” said township Business Administrator Joanne Bergin.


Bergin said the EMS portion of the project does not require a significant amount of work beyond upgrading the vehicle exhaust systems to meet current standards. It also adds flexibility for EMS crews to disperse more evenly across the township.

“It’s very helpful to us to have northern, central and southern locations available to us that are indoors,” Bergin said, referring to EMS facilities.

The building will primarily be utilized by Senior Services as the township’s official Senior Center. For years, Brick has leased space in the VFW post on Adamston Road to be used as a senior center, but hours and space were limited. At the new facility, both the municipal services offered to seniors as well as the social activities hosted by the township will come together.

The building will include office space for the Senior Services Division, meeting space, a large all-purpose room for events such Bingo games and other activities, and areas for exercise classes.

“If we go back to serving Meals on Wheels [in person], we would do that there, too,” Bergin said. “Our Senior Shuttle buses will be placed there and all of our services will be based out of that location.”

The grant funding would be provided by the New Jersey Department of Community Affairs.