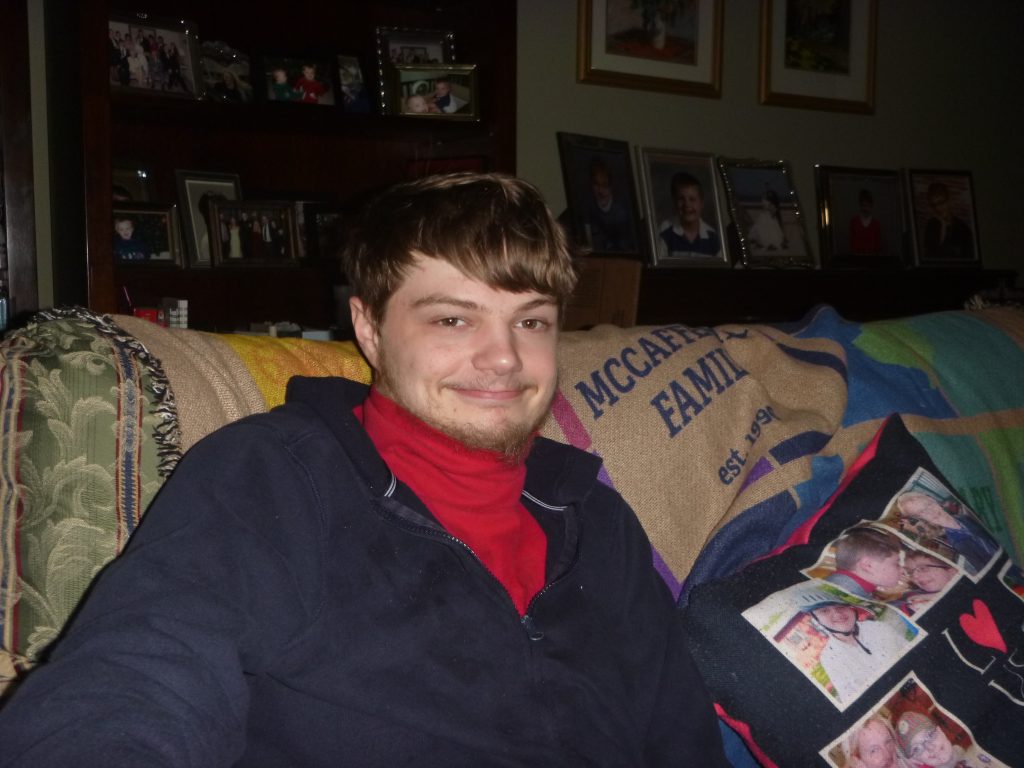 Eighteen years ago my then seventeen-month-old son went for a sick pediatrician’s visit, and I came out with several misprinted articles with “autism” in the title, shoved in my hand by an unfeeling doctor who clearly wanted us out of his office.

At the time I was devastated.

I remember walking in a fog to the car, stroller in tow, not even making it to our home before I had to call my husband with the news. I recall heading to the pharmacy with scrip in hand for my son’s malady, in shock. Our well visit a month prior hadn’t raised any alarm signals, and although I’d had some concerns for a while our boy was so connected to us I couldn’t imagine he had a developmental disorder of the magnitude of autism.

I, of course, was wrong.

Once my husband I and I got over our initial shock we dove into helping him. Virginia had a pitiful Early Intervention system, providing us with only a handful of speech and occupational therapy hours monthly, and no ABA even though he had an official diagnosis. We hired a BCBA, trained two therapists to work with him, and I got trained myself. We ran a program for him for almost a year-and-a-half before we moved to New Jersey, both for the services and to be closer to family. He had six months of excellent Early Intervention services before he started his pre-school program, and I was grateful for every minute (and it pretty much was every minute of our days).

And I will tell you that all that time, and until he was much older, I harbored hope he’d move to the mild end of the spectrum.

I had reason to think he would. He was obviously bright, reading sight words at three and complete sentences at four. He could work his way around a computer (and a tv remote!) like a champ, and retained what he learned. He connected with people, and many of them not just for what he could do for them.

I don’t remember exactly when it was that I let the dreams of the quirky but talkative boy die. It was a slow, gradual dawning, realizing that all my efforts and those of the many therapists who’d worked with him would not get him to talk or even communicate beyond basic wants. It was a gradual release, delayed by his brightness and connection to us.

It was a slow burn of devastation this time.

In part I was crushed by the choices he would never have- college, career, spouse, children. Over time I realized those were my dreams, not his, that he didn’t know what he was missing, and that has been some comfort.

It’s the leaving him without me on this earth that is so brutally hard.

I wish I’d known when he was younger that mere intelligence would not be enough to slough away the walls of profound autism and bring him to the milder side. Therapists, and understandably so, do not talk prognosis, and I really spent years hoping for this shift, this slide to high-functioning.

I will tell you this though. That hope sustained me in those early days when it was just me and a few hours of respite from therapists a week, and we were just trying to get through the day. Without that hope I don’t know how I would have gotten up to another day of trying to elicit sounds, to teach colors and letters and shapes, to work all day with my son.

But I do wish I’d known that intelligence wasn’t the only factor in how things would turn out for my son. I truly feel that all the excellent therapy in the world will only work if your child has the ability to match it. In some ways the outcome is out of our hands, which is both scary and a relief at the same time.

If your child is just diagnosed or you’re having concerns, get them the best help that you can as quickly as you can. Make every day count. Keep hope alive.

Always remember that ultimately their progress is up to them.