Autism, Siblings, and the Court of Honor: Pride For One Brick Family 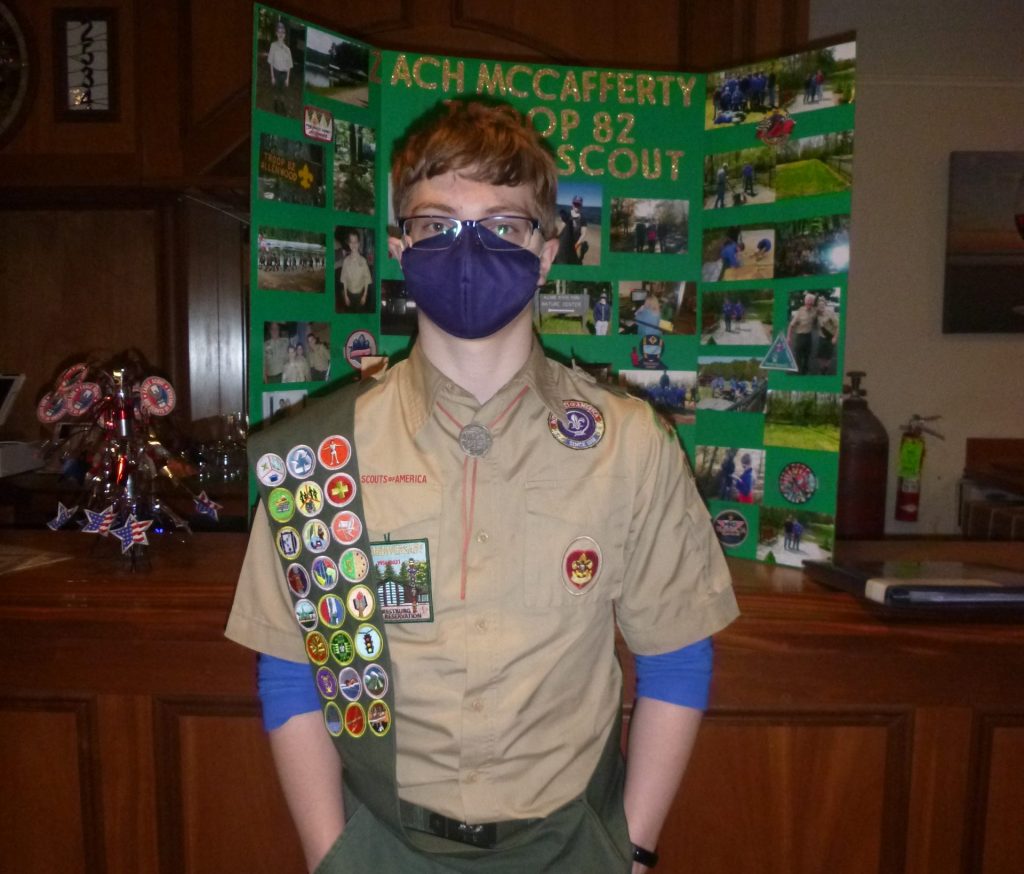 Recently I had the profound joy of watching my youngest son Zach, who was fourteen, receive honors and accolades for achieving the rank of Eagle Scout at his Court of Honor. For those of you who don’t know, a Court of Honor is filled with various dignitaries making speeches (we had the Marines!), the giving of many citations, medals, and plaques, and speeches by the boys. It was a very emotional day for me- Zach worked so incredibly hard for three years to achieve this status, from advancing through six ranks to earning over twenty-one merit badges to planning and executing his Eagle Scout project. Towards the end of the ceremony Zach honored my husband and myself with pins to thank us for our efforts, but I really have to say this kid did it mostly on his own.

And we couldn’t be more proud.

Zach is a sibling of a brother with profound autism, and life isn’t always easy for him. My husband and I have tried very hard not to let his brother’s disability preclude him from things he wants to do in life. Sometimes it’s been difficult to handle the logistics, but I can honestly say with lots (and lots) of support we’ve been able to pull off a good childhood for Zach.

The best part is he agrees.

It hasn’t always been smooth sailing. When they were little it was difficult for Zach to understand why Justin didn’t interact with him most of the time, and eventually he just gravitated towards his mom and dad for his needs or to share something of the world with us. They did interact somewhat as young children, but when Justin developed tic disorder five years ago his personality changed, and he was no longer as interactive. It was difficult explaining to a ten-year-old why his brother no longer really even looked at him.

It was difficult for his parents too.

But even though they don’t interact much I can always count on Zach to help us out with his brother if we need it. We had no hesitation making him one of Justin’s guardians should his father and I pass on. He’s also very good at telling us when he thinks we should do better (his favorite thing is to tell us Justin is walking too far ahead of us).

I think he’ll be a good dad someday.

I’m so proud of Zach, not just for being an Eagle Scout, but for the young man he is and is becoming. As I watched him receive his awards I thought about all that he has had to work for in life, including trying to carve out some type of relationship with his brother. Just like in the Scout Law, he is trustworthy and helpful to his family. I am certain that all the values Scouting helped instill in him over the past nine years will continue to express themselves with his relations with his family, even his often challenging brother. He will persevere with that just like he persevered with the hundreds of requirements necessary to achieve the rank of Eagle.

Sometimes the siblings of autistic children don’t get the recognition they deserve. I always want Zach to know how proud we are of him both overall and as Justin’s brother. I am so happy he has years left to be a scout, and I can’t wait to watch him continue to develop into the kind and thoughtful young man he is becoming.

We love you and are so proud of you Zach!