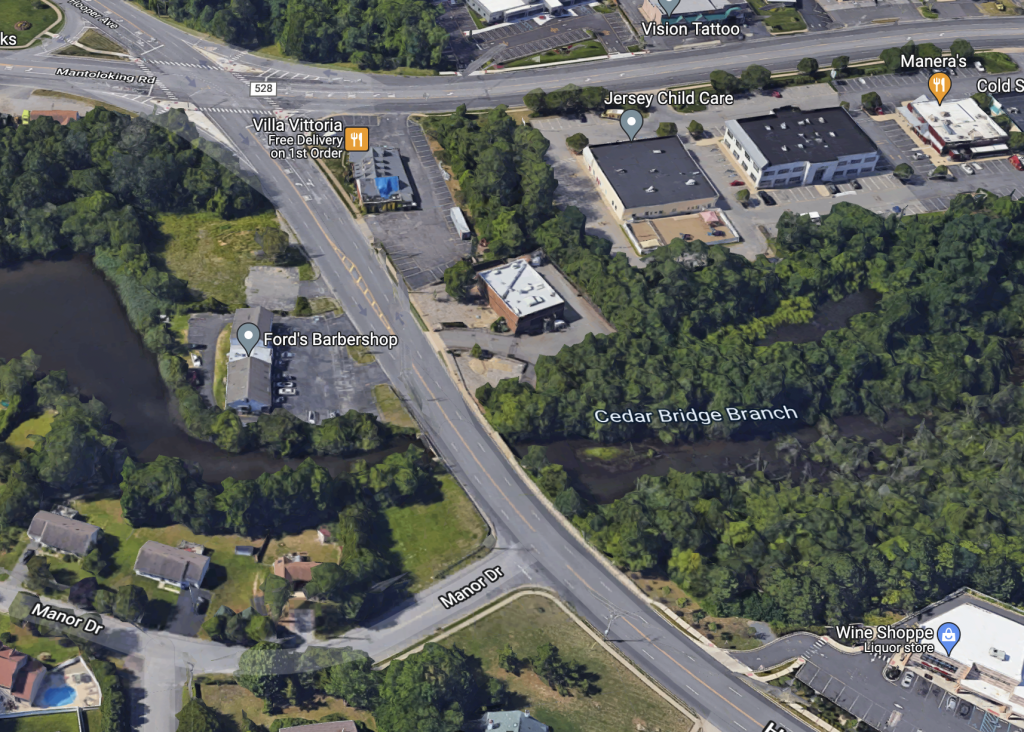 The Ocean County Commissioners are expected to introduce their 2022 spending plan next week (separate story forthcoming), which includes both the county’s operating and capital budgets for the coming year.

As part of the capital budget, the county plans to allocate $4 million to replace the Duck Farm Bridge, which crosses a small branch of the Metedeconk River along Old Hooper Avenue near the busy intersection with Mantoloking Road. The county funding will combine with $1.7 million in state funding that Trenton pledged earlier this year.

Motorists would be forgiven if they didn’t realize they had even been traversing a bridge when they make their way past shopping centers and retail stores to Mantoloking Road, but the Cedar Bridge Branch of the Metedeconk River flows under Old Hooper just south of the Harbor Freight Tools store and just north of the Villa Vittoria restaurant.


The timeline for the project is yet to be determined. The state announced a grant of $1,723,491 from the Department of Transportation’s Local Bridge Fund in May 2021. The grants “focus on the repair, reconstruction and replacement of bridges with the greatest structural deficiencies,” the DOT said in a statement at the time. The project was designed by the county in 2019. After the county approves its annual budget, bids for the bridge’s replacement will be solicited and, eventually, a contract will be awarded. At that point, timelines will be set and detours will be designed by traffic engineers.

The question remains: why is it called the Duck Farm Bridge in the first place, and why is it worth remembering? Indeed, the name is enshrined in Brick Township lore for the finest of reasons: an illegal still operated just up Old Hooper during and after the prohibition era at a duck farm near Drum Point Road. According to the Brick Township Historical Society, the still was raided in 1937 – after prohibition had ended – by the Ocean County Sheriff’s Department. Carl Borman, the property’s owner, was arrested along with two workers who manned the 5,000 gallon operation.