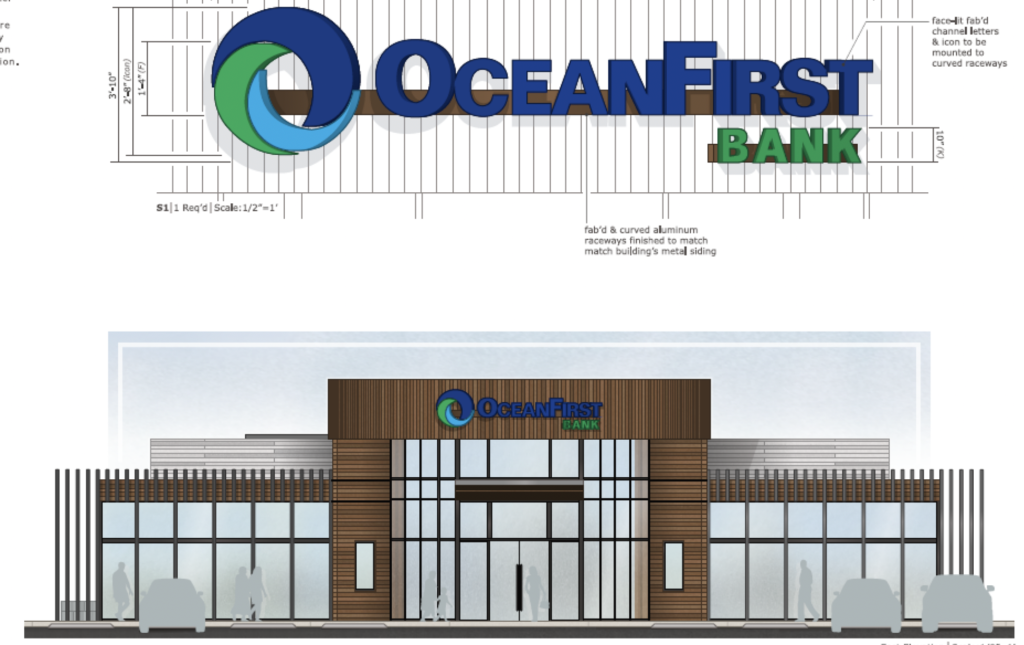 A new commercial complex which will be developed and anchored by an OceanFirst Bank branch will be built in phases if approved, the bank’s representatives told members of the Brick Township zoning board Wednesday night.

The hearing on the proposal for the property, located near the corner of Chambers Bridge Road and Brick Boulevard, across from Brick Plaza, was adjourned until next month while planners and engineers work with township officials to develop a plan for the phased approach to construction should the project be approved. The bank will develop a new, modern branch building as well as a retail building that will be divided between two commercial tenants. 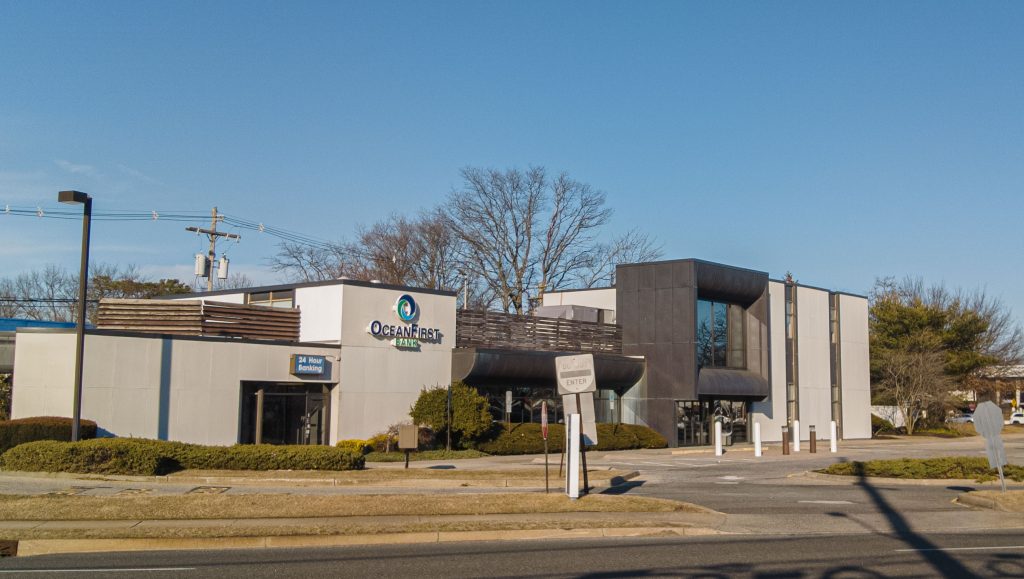 While ambitious in terms of an investment in Brick’s busiest commercial corridor, OceanFirst has said it intends to comply with the area’s zoning and add appropriate businesses to the property in a way that is better spaced, encourages a better flow of traffic and is more aesthetically pleasing. In fact, the board spent some time debating whether variance relief was even needed for the project, but ultimately advised attorney John Jackson, representing the bank, to err on the side of caution. Variance relief is required because of what could be considered a quirk in Brick’s zoning ordinance that allows different types of commercial businesses to operate on a single property in a “shopping center,” but not necessarily elsewhere. That left the definition of a “shopping center” to be called into question.

So far, OceanFirst has not signed any leases with tenants for its commercial space, and its professionals said they would return to the board to plan that phase of the project. 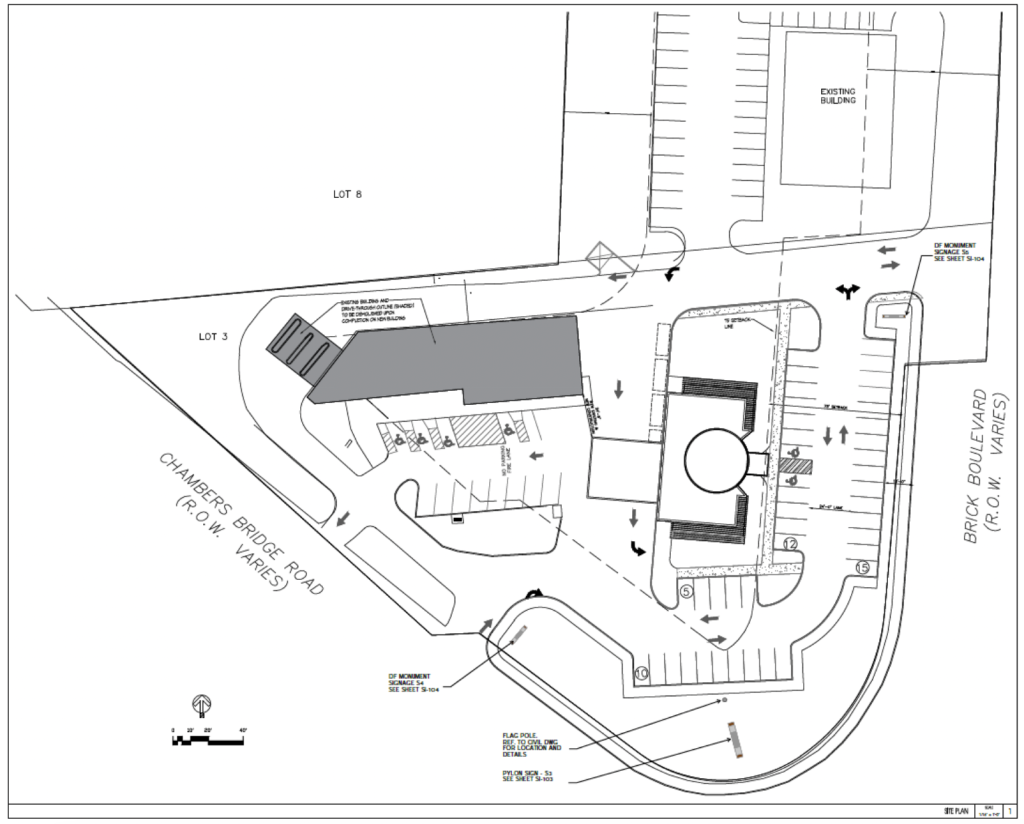 “OceanFirst Bank is one of the prime institutions in Ocean County,” said Jackson. “And I think it is very fitting that they have a new building at what I’d call the crossroads of Brick Township along Chambers Bridge Road.”

Jackson described the proposal as “absolutely beautiful architecture for a modern bank building.”

Brian P. Murphy, the engineer leading the project, told board members the existing bank will remain open during the construction of the new bank branch. Then, the old building will be demolished and the retail portion will be constructed in a second phase.

“The existing bank will remain open during construction, so we will still be able to have that access from Brick Boulevard,” Murphy said. “We’re in a commercial corridor, so the uses will fit in very well with the surrounding area. You can’t get much more commercial.” 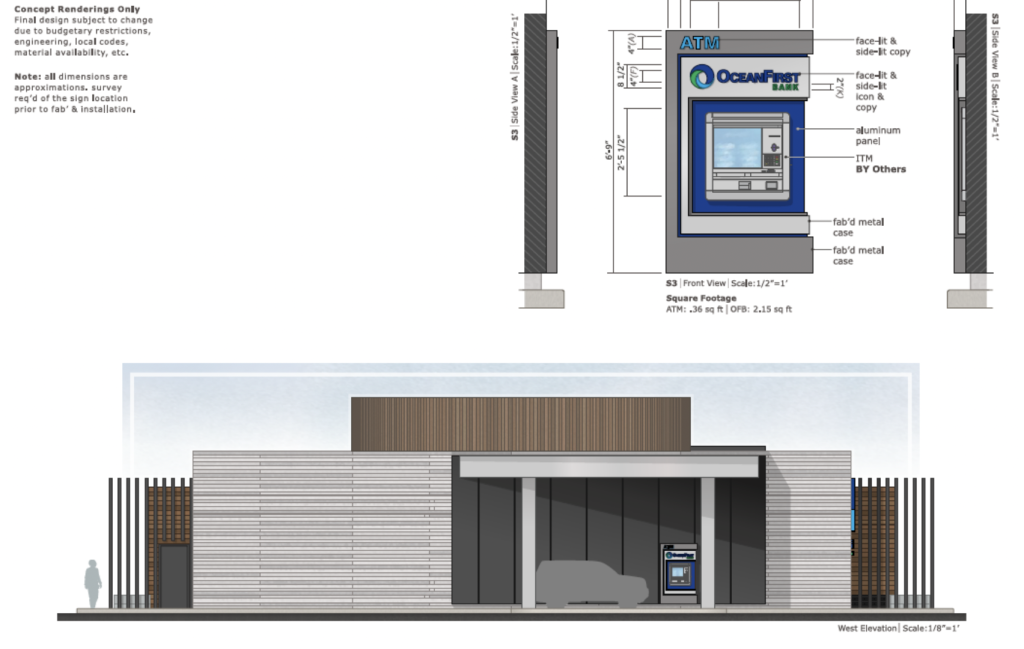 Murphy said the bank will feature what are known as “ITM” machines instead of a traditional drive-through lane. The ITMs will bring customers face-to-face with a remote teller and can also act as any standard ATM machine can.

“There are no more tubes,” said Murphy. “You drive up to the unit, someone is on the TV monitor in front of you, and each of those lanes also work as an ATM.”

OceanFirst is planning to provide cross-easements in order to allow access between its parking lot and neighboring lots, Jackson said, and will maintain an older brick-face office building located at 730 Brick Boulevard, which is also part of the overall property.

Board members voiced concerns over two areas, however neither seemed to represent difficult hurdles for the bank to handle. There were questions over the potential unsightliness and aftermath of demolishing the existing bank building, as well as the lack of a more formalized plan that details the two “phases” of construction that the bank has planned.

“Obviously the bank doesn’t want to demolish the existing bank building until the new building is completed,” said Jackson. “This is something OceanFirst has experience doing, such as in Toms River right now.”

Jackson also acknowledged that his client may be required to come back to the board for future approvals.

“What OceanFirst is seeking are tenants for two buildings,” he told the board. “If it’s a restaurant use, for example, we would have to come back to the board and get an amendment for the specifics of that.” 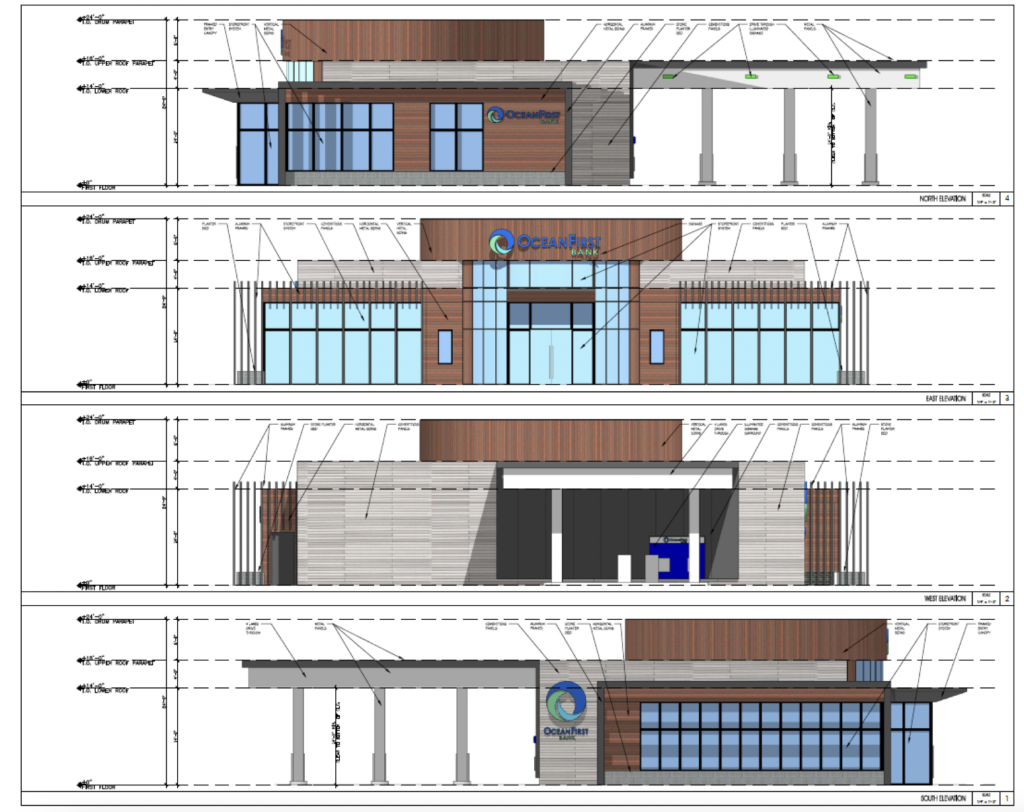 Ultimately, Board Chairman David Chadwick, relying on advice from township professionals, asked Jackson if his client would be willing to work with board engineer Brian Boccanfuso to develop a formal phasing plan that could be presented to the board at a future hearing. Jackson agreed, especially considering the late hour and the fact that several experts had yet to testify on the application. There did not appear to be any objectors to the matter, however all testimony must still be entered into the record in order for the board to be able to render a legal decision.

“The new bank is ready to go, so I would consider that part of phase one,” Murphy, for his part, added. “OceanFirst is looking to invest a substantial amount of money in a brand new building, so we’re definitely going to leave this in a good condition.”

The hearing will continue at a special meeting of the board set for April 11 at 7 p.m. at the township municipal complex.