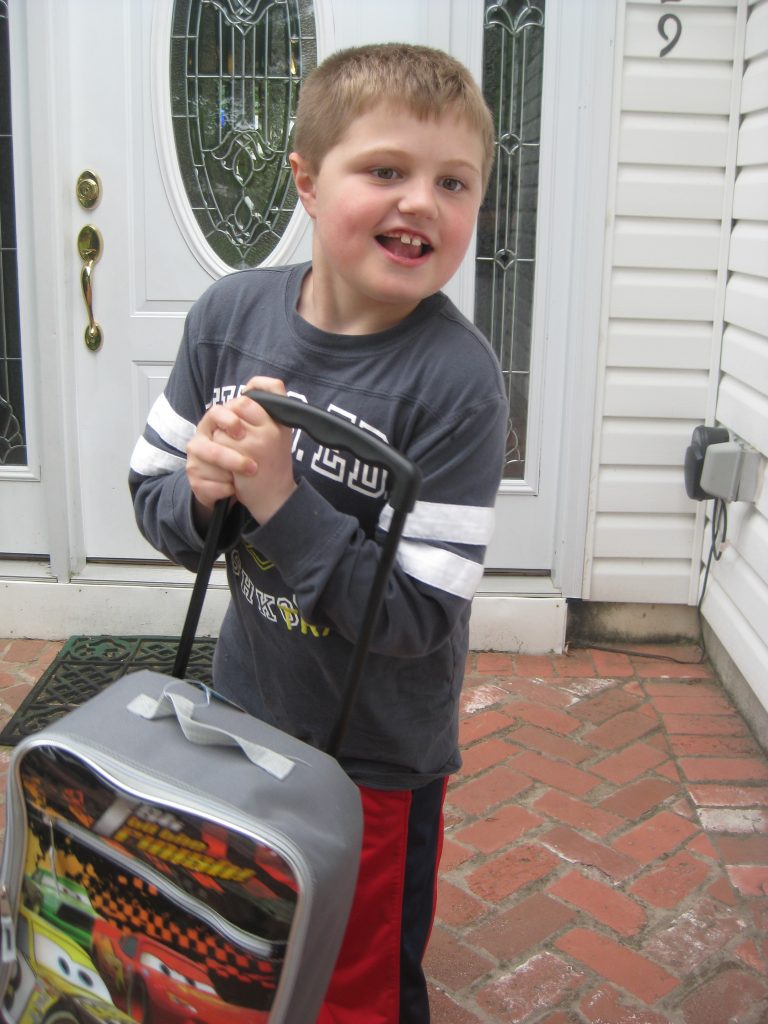 It happened so quickly if I hadn’t been paying attention I would have missed it.

This week I took my eighteen-year-old profoundly autistic son to the dentist, where he is reliably wonderful. He waits appropriately for the appointment, gets right into the chair, and lets the professionals do all sorts of uncomfortable things to him for a good twenty minutes. Part of his compliance I’m sure is maturity, and part of it is that this is just part of his twice yearly routine, and he knows he has to get through it. Sometimes the waiting room is the hardest part because it’s small, and perhaps he just wants to get the dentist over with.Don’t we all.

Several days ago my boy and I sat in our respective chairs, and he started with his loud vocals and rocking back and forth in his chair. Three kids who looked to be middle school age were doing homework, and I noticed all were flat out staring at him. Sometimes I let things go (if I’m really tired), but more often than not I like to address the issue, spread some awareness around. So I chose who I thought was probably the oldest one, looked him in the eyes and said, “he’s okay, he’s autistic.” Without skipping a beat he replied “cool,” and all three kids resumed their homework.

Justin got a “cool.”


It’s Autism Awareness Month, and I can honestly tell you at least in my home state of NJ where everyone knows someone with autism, we are aware. There’s been a trajectory of awareness though- many years ago I would probably not have been greeted with “cool” by a middle schooler, but rather a blank stare. When Justin was little people thought he was adorable no matter what he was doing, but by the time he was a “big” kid some of the looks were not so kind. I haven’t seen any of that in years, and as an adult if anything he’s become more vocal and stimmy as he’s gotten older. Nobody seems to mind.

A huge win, especially for parents just trying to get through the day.

I’ve said this before, but I think we need to move on from awareness to acceptance. Not only acceptance of autistics as a valued part of society, but all the degrees of autism as well. Some autistics grow up to attend college, find love, have kids and careers, and that’s wonderful. Some however have lifelong struggles with even the most basic forms of communication and have behaviors, and are profoundly affected. There are many degrees of autism.

It’s called a spectrum for a reason.

So if we’re moving forward to acceptance, then I say this. I want acceptance for all autistics, no matter how mild or severe. I want to see the entire community, autistics and parents of autistics alike, accept my son’s challenges and acknowledge his worth. I want them to know that he has value equal to any individual not following a neurodivergent path, and equal value to any of his mildly autistic peers.

I want him to be seen.

And this week he was seen and accepted by the future generation, and I couldn’t be happier about that.