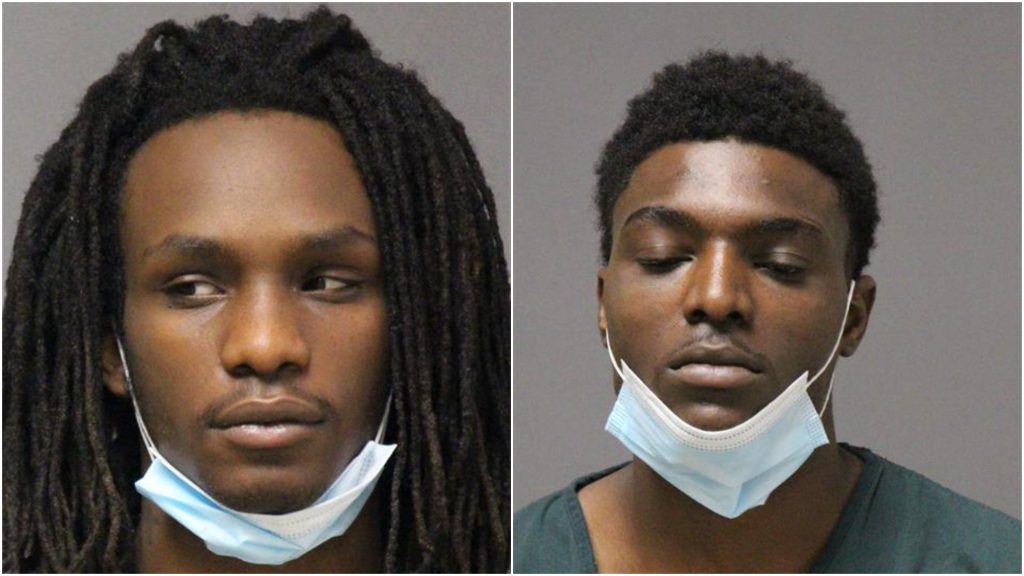 Officers responded to the area of 18th Avenue in the township’s northern portion in response to a burglary just after 1 p.m. Wednesday, according to Sgt. Jim Kelly.

Prior to police arrival, two suspects reportedly fled in a black vehicle, which officers discovered in the area of the River Rock restaurant on Route 70. Two suspects who matched the description of the burglars were nearby and fled in different directions on foot as patrol officers approached the vehicle.


One of the suspects, later identified as Jermaine Mayer Jr., 20, of Allentown, Pa., was eventually caught by Ptl. Christopher Newlund and placed under arrest.

The second suspect, Marquis Pettise, also 20, of Allentown, Pa., had returned to the vehicle while responding officers were arriving. Pettise, police say, removed a handgun he had left inside the vehicle and tossed it on the side of the liquor store near the River Rock. Pettise was later found on the Route 70 Sept. 11 Memorial Bridge to Brielle and arrested by Ptl. Matthew Knehr.

The discarded handgun was recovered and a high capacity magazine was located at the scene, Kelly said.

Mayer and Pettise were lodged in Ocean County Jail.

The investigation is continuing, Kelly said, but it is believed that the incident was targeted toward a particular victim and was not a random act.