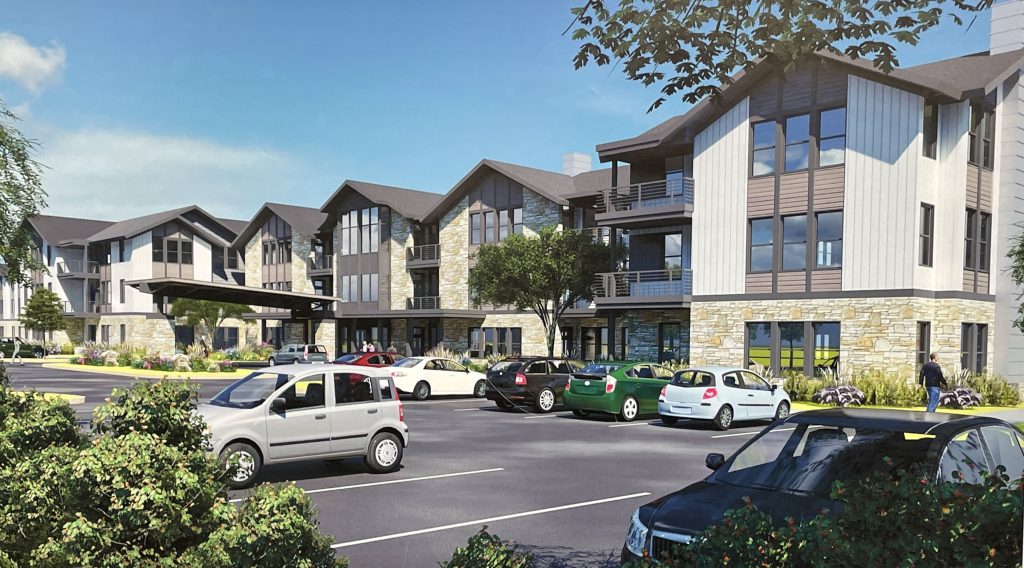 Brick Township’s planning board on Tuesday night unanimously approved the construction of a three-story, 200-bed assisted living a memory care facility on a vacant parcel of land once slated for a VA outpatient clinic.

The board approved an application by Brightview Senior Living, of Maryland, to build a 188,985 square foot assisted living facility with about 200 beds divided among three floors of a sprawling complex. The facility will be built on what has become known as the “triangle lot,” around which three major roads – Route 88, Jack Martin Boulevard and Burrsville Road – serve as borders. The site was previously granted conditional approval for a 75,000 square foot medical facility that was to be used as a Veterans Administration outpatient clinic, but the federal government ultimately decided to place the clinic in Toms River.

The site will consist of a total of 166 dwelling units that will house about 200 residents. It will be divided between independent living units on the third floor of the “H” shaped building, and a mix of assisted living units and memory care units in other portions of the property. The independent living units will be one-bedroom apartments of 700 square feet or two bedroom apartments of 900 to 950 square feet. The assisted living (located in the “C” shaped building) and memory care units would measure about 375 square feet in area. 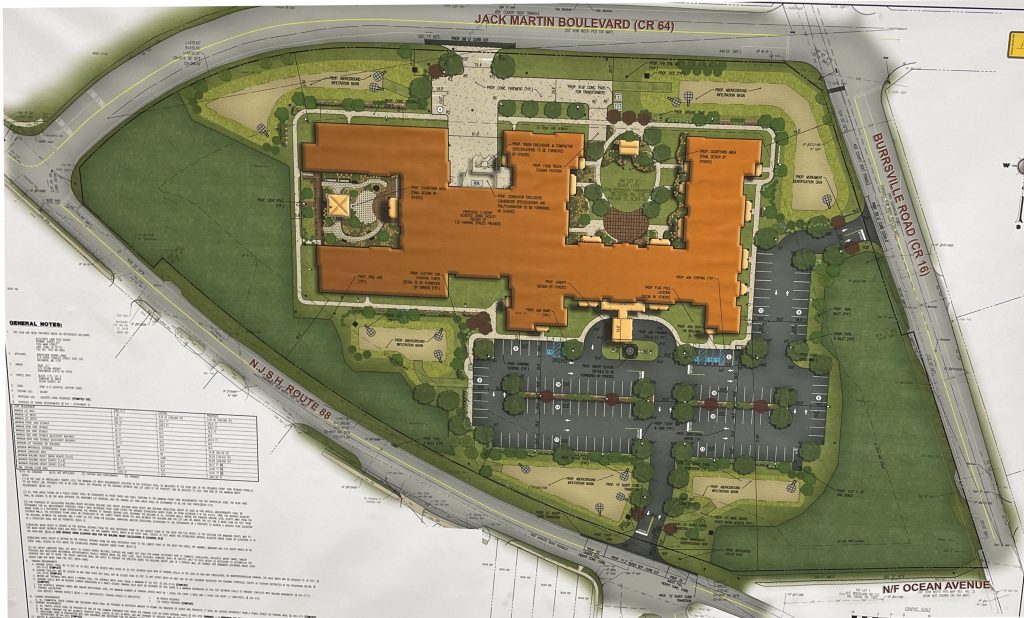 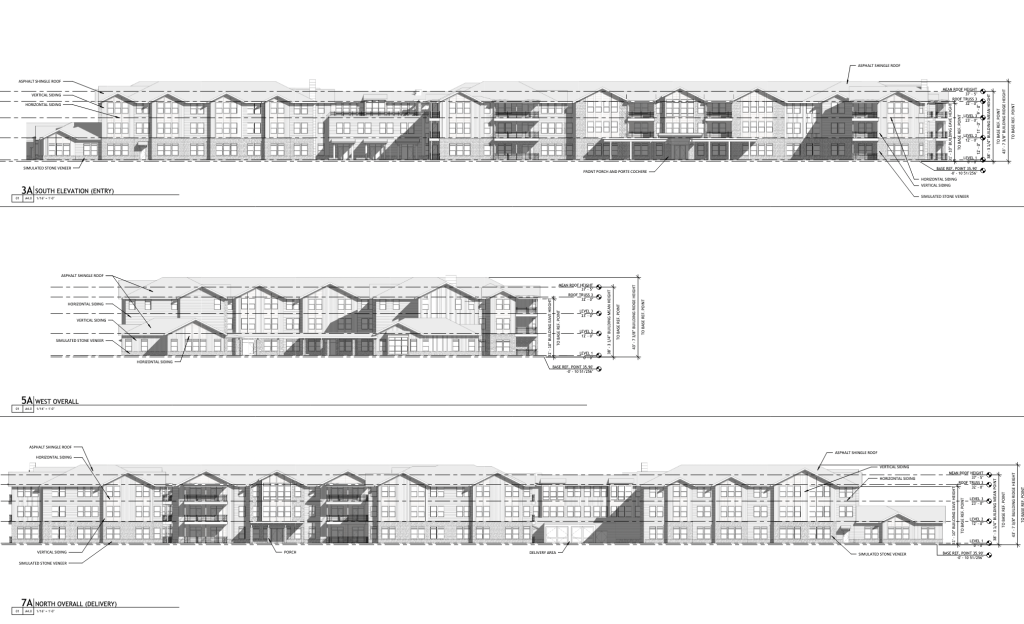 The property will include courtyards with landscaping, outdoor roof decks, a “modern farmhouse” design and balconies attached to 70 percent of the units. There will also be a covered entryway with a pickup and dropoff area. A dedicated entry will be reserved for deliveries. In all, there will be 10 signs directing traffic in and out of the complex, said Marc Policastro, the attorney representing Brightview at the hearing.

There were no objections to the project by members of the public. Earlier proposals for the same site, including a hotel and residential development, drew the ire of neighboring residents, but the assisted living facility was unopposed. Concerns about the traffic that could be generated by the site were calmed by traffic engineer Justin Taylor, who prepared a report on access to the site.

“Given the multiple access points that we have, and the ability to turn in different directions, it further reduces the impacts,” said Taylor. “And we exceed the parking requirement of the [zoning] ordinance by more than 30 vehicles. ”

Taylor traffic report for the site, generated using data collected in August 2021 and blended with historical state data from the month of July during the pre-pandemic era, led him to conclude that the peak morning rush hour traffic will include a total of 38 trips into and out of the facility, and the evening rush hour will produce 68 trips in and out. Generally speaking, Taylor said, assisted living facilities do not generate a great deal of traffic during peak hours because residents either do not drive, or are retired and usually go out later in the day.

Christine Cofone, a licensed planner consulting with Brightview, told board members the project fits well within the township’s Hospital Support zone, the underlying zone in which the “triangle lot” is located.

“I think the building looks very residential in nature; it doesn’t not look very institutional,” Cofone said, adding that she also did not believe there would be any significant traffic impact from the site. “It has great curb appeal. The buildings that are out there today do appear a bit more institutional and commercial in nature.”

The facility will be located within the Brick Town Center area, which carries extra aesthetic requirements, plus the installation of curbing and sidewalks.

“We needed to take the architecture more seriously here than some of the other locations in this area,” Cofone said.