‘Off To Camp We Go!:’ A Brick Mom Finds Summer Plans for Her Teen With Autism 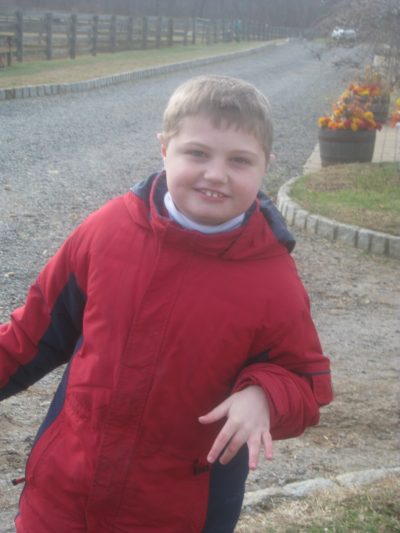 The letter was stuck amongst a bunch of bills, but as soon as I saw the name on the envelope I eagerly dropped the less exciting mail on the counter and ripped open the top. After quickly scanning I saw that my eldest son Justin, who is almost nineteen and profoundly autistic, was accepted for the first time to sleep away camp.


This will be a big deal for Justin, and yes I’m worried that it’s too much of a stretch for him, but I feel we have to try. The only place Justin has slept outside of his bed in the last few years is a condo at Disney, and even then a parent was in the bed next to him. He’s enjoyed this camp before as a day camper, and since it’s the only way he can enjoy the camp as right now they’re not doing day camp, his dad and I felt like we had to give it a shot.

To say I’m nervous is a gross understatement.

The truth is, with a few of my friends we are in the process of trying to create a residential placement for Justin and their sons, and I just can’t see my boy being successful sleeping in a new environment if all he’s ever known is his own bedroom. We’ve started working on trying to teach him where he goes each day- his teacher has a calendar at school, and we are using one at home (it’s Trolls, he loves it). Justin is non-verbal, but he can nod yes or no, and when I point to the space and ask him for that day if he’s going to school or staying home so far he’s gotten it right all week, so I’m hoping he understands.

I think the thing my husband and I worry about the most is that he’ll think he’s never coming home, and that would break our hearts.

I’ve got pictures of him at this camp from years past, so I’ll create a social story for him that ends up with him coming home, so hopefully he’ll get it. Hopefully he’ll sleep there- he’s a great sleeper at home, so fingers are crossed.

And while I’m fully prepared that we’ll get a phone call the first night around 9:00 telling us to come get him, I’m also embracing the possibility that we won’t- that he likes this camp enough that he’ll comply. Justin is going to have a lot of changes coming up in the next two years, like graduating from his beloved school and starting a day program. These are huge detours in his life- I’m hoping that by starting with little changes he’ll be more ready for the life- altering ones.

We have a few months to prepare him, and I’m hoping the camp lets me bring him up beforehand to see where he’ll sleep, as he hasn’t been there in three years and it would be nice to familiarize him with the place again. I’m nervous and excited for him all at the same time.

It’s time to try something new. Wish us luck!