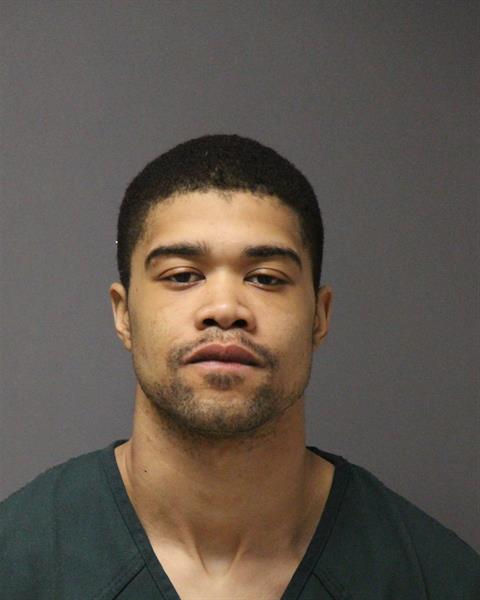 Authorities have arrested a Manchester Township man on suspicion of being behind a series of violent incidents in Lakewood on Friday.

Dion Marsh, 27, is charged with three counts of attempted murder, carjacking, weapons possession and bias intimidation. Police say the situation spiraled out of control Friday afternoon, beginning with a call at about 1:15 p.m. for a report of a carjacking in the area of Martin Luther King Drive and Pine Street in Lakewood.

Responding Officers determined that a male suspect approached a 2016 Toyota Camry, assaulted the driver, and fled the area in the vehicle. Later, at approximately 6 p.m., Lakewood police received a report of a pedestrian being struck by a motor vehicle in the area of Central Avenue and Carlton Avenue. Responding officers discovered that a male victim had been struck by a dark-colored vehicle. The victim was taken to Jersey Shore University Medical Center in Neptune where he is listed in stable condition.


Less than an hour later, at about 6:55 p.m., Lakewood officers responded to another 911 call in reference to a stabbing in the vicinity of Pine Circle Drive and Lakewood-New Egypt Road. The officers discovered a male victim with a stab wound to his chest. The victim was taken to Jersey Shore University Medical Center where he is listed in critical-but-stable condition.

Yet another alarming 911 call came in an approximately 8:20 p.m., this time in Jackson Township, for a report of a pedestrian being struck by a motor vehicle in the area of Galassi Court. Officers were able to determine that the male victim had been struck by the same vehicle that was taken in the carjacking incident in Lakewood earlier in the day. The victim was taken to Jersey Shore University Medical Center where he is listed in critical-but stable-condition.

According to a statement by prosecutors issued over the weekend, an investigation conducted by the Ocean County Prosecutor’s Office Major Crime Unit and Lakewood Township Police Department “revealed that Marsh was responsible for all of these criminal acts.” At some point Friday night, police arrested Marsh at his residence in Manchester Township without incident. He is currently lodged in the Ocean County Jail pending a detention hearing.

Details on the specific nature of the bias aspect of the crime spree were not revealed by prosecutors, though reportedly members of the area’s Orthodox Jewish community were targeted.

“Our investigation reveals that these criminal acts were committed throughout the day yesterday into the early evening and that Marsh was acting alone and not in concert with anyone else,” Prosecutor Bradley Billhimer said. “I’m grateful for the collaborative efforts of every police officer and detective that worked swiftly to identify Marsh and bring him into custody without further injury to anyone. A tremendous job by all involved.”

Gov. Phil Murphy issued a formal press statement on the series of incidents as well.

“I applaud the efforts of law enforcement in Lakewood and Ocean County for swiftly apprehending the individual believed to have committed a series of serious criminal acts last night, including multiple violent offenses,” Murphy said. “Tammy and I pray for the full recovery of all victims. The safety of our communities, and notably our communities of faith, is not only a paramount concern but among my highest priorities. We will continue to partner with all who share this commitment so no resident ever needs to live in fear.”