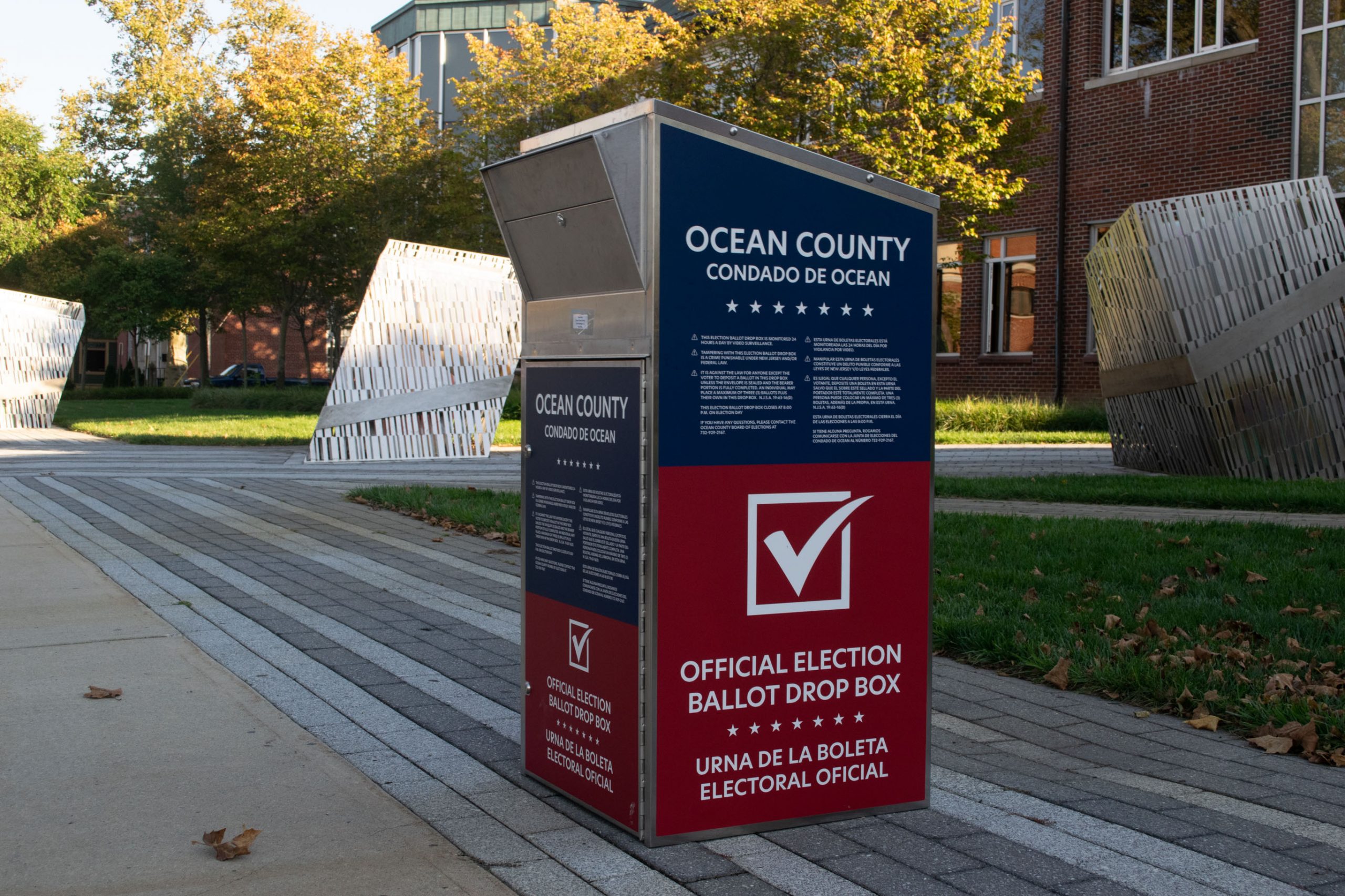 There were 436,783 active registered voters in Ocean County, according to information reported to the Ocean County Clerk’s office prior to the holiday weekend. From those rolls, 54,124 voters were sent mail-in ballots and 13,820 have been returned. There were another 4,592 ballots left in drop boxes provided by the county election board at numerous locations.

As elections have become more contentious in the United States, polling has showed Americans have been almost equally separated by their voting preferences. Democrats have widely come to embrace early voting, mail-in voting and drop-box deposit voting, while Republicans have preferred to continue casting physical ballots on Election Day. The early data in Ocean County shows local residents largely fit the trends.

According to the clerk’s office, there were 170,896 GOP voters in Ocean County, compared to 99,162 Democrats. But despite a deficit of nearly 70,000 voters, Democrats have already out-voted their Republican counterparts via mail. So far this election cycle, Republicans have returned 5,838 ballots and Democrats have returned 6,889. Democrats were also more likely to request a mail-in ballot, with 22,198 having been mailed by the county, compared to 17,752 for Republicans.

Unaffiliated voters outnumber either party; there were 177,644 independents countywide, from which 14,182 mail-in ballots were requested. So far, 1,093 have been returned.

Drop boxes and mail-in votes are already being received, and New Jersey will begin its first early voting period this Friday, June 3, running through Sunday, June 5.

Data from previous primary elections can shed on how the county has increased its year-round population while political involvement has increased significantly. In 2010, there were 103,154 Republican voters and 85,174 Democrat voters registered. Over the last 12 years, Republicans have increased their number of voters by 65 percent, while Democrats have increased theirs by 28 percent. While Republicans have long dominated Ocean County politics, the latest figures show that new voters are increasingly registering with the GOP.

The metric that can only be determined after Election Day – turnout – will likely be a good gauge as to the level of interest the cycle is garnering with voters. In 2010, 32 percent of Republicans voted in their party’s primary while 12 percent of Democrats turned out. By 2018 – the last year of a congressional election for which the clerk’s office provided data due to the pandemic – participation had dropped to 22 percent for Republicans and 20 percent for Democrats.

Ballots submitted by mail “don’t sit on a desk,” said County Commissioner Virginia Haines. “They’re not laying around. They are secured.”

The ballots are collected, with representatives from both parties on hand, then stored in a secure room that is guarded by a county sheriff’s officer. The early voting process, officials said, is arguably the most secure system that has ever been utilized in New Jersey.

“Every vote will have a secured paper trail,” said County Clerk Scott Colabella. “This new technology has been vetted and certified by the state of New Jersey.”

To vote early, residents can go to any of the ten locations that will be operating, regardless of the town in which they reside. When voters arrive, they will be given a pad and stylus pen.

“You’ll then be given a card which will activate the machine which activates a digital voting screen,” said Colabella.

An electronic version of a resident’s local ballot then appears on the screen, while a printer then prints a ballot. A voter would then take the printed ballot to a tabulator machine and insert it so their vote can be counted.

Officials said those who are planning to vote by mail should be aware of the state’s regulations. Mail-in ballots must be postmarked by Election Day, but can be received by the county as long as six days after the election. Ballots will also be accepted at drop boxes until 8 p.m. on Election Day.

“People ask why it takes so long to certify votes, and this is why,” said Colabella. “This primary election won’t be certified until June 20.”