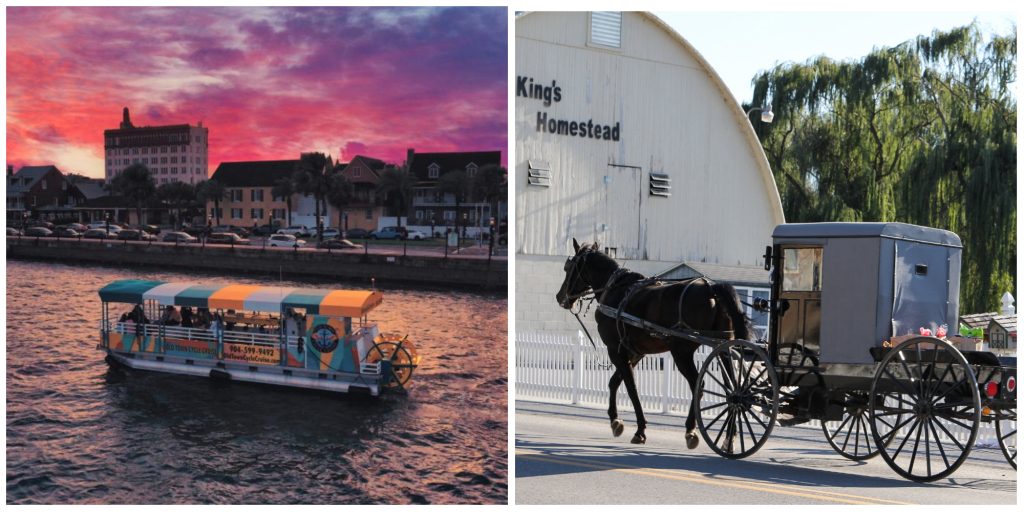 A Brick tour group is planning two bus trips this fall – one in October and one in November.


A tour is being organized for Amelia Island, St. Augustine and Jacksonville, Fla., for seven days and six nights from Oct. 2-8 for $659. The cost includes motorcoach transportation, six nights lodging, including four consecutive nights in Florida, 10 meals: six breakfasts and four dinners, a visit to the Fountain of Youth, a narrated cruise on the St. John’s River, guided tours of Amelia Island, St. Augustine and Jacksonville, and a dinner party with entertainment.

The flyer for the trip appears below.

The second tour is being planned for Nov. 2-3, which will include a show at the Sight & Sound Theater in Lancaster, plus other attractions for $249. The trip includes motorcoach transportation, one night lodging in the Lancaster area, two meals: one breakfast and one dinner, admission to the “DAVID” show at the Sight & Sound Millennium Theatre, a visit to charming Kitchen Kettle Village, a visit to Hershey’s Chocolate World, and lunch on your own at Shady Maple Smorgasbord.

The flyer for this trip appears below as well.

The printable PDF flyers appear below: