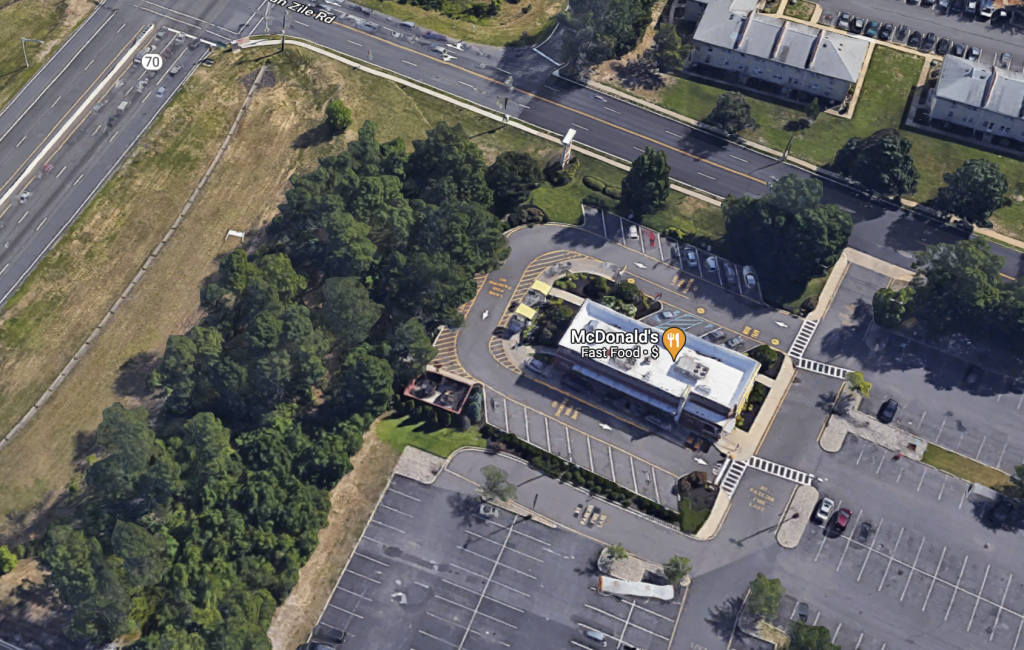 A McDonald’s restaurant in Brick Township has filed an application with the township’s planning board, proposing the construction of a second drive-through lane in a busy shopping center.

The McDonald’s located within The Shops at Brick, a commercial plaza located at the corner of Route 70 and Van Zile Road.

According to the application, McDonald’s is seeking an amendment of an earlier board approval dating from when the restaurant first opened. The approval would to allow the addition of a second lane to the drive-through, resulting in a dual lane (side-by-side) drive-through configuration along with associated menu boards, signage, and various other site improvements. The current restaurant measures 3,666 square feet and is located in the B-3 business zone.


The application requires several variances, however virtually all were pre-existing and need to be reaffirmed by the board since the site plan of the property is being modified. Variances were previously granted for front yard setback to Route 70, side yard setback, the number of parking spaces for the entire shopping center, a trash enclosure setback to Route 70, a parking area setback from Route 70, as well as signage.

New variances will include additional directional signage that exceeds what is normally allowed under the township’s zoning ordinance as well as routine considerations for the details of curbs and islands associated with the second drive-through lane.

A hearing on the expansion will be held at the Sept. 28 meeting of the planning board, scheduled for 7 p.m. at the township municipal complex.