Promises, Promises: ‘It Gets Better’ Raising a Child With Autism, But Challenges Abound 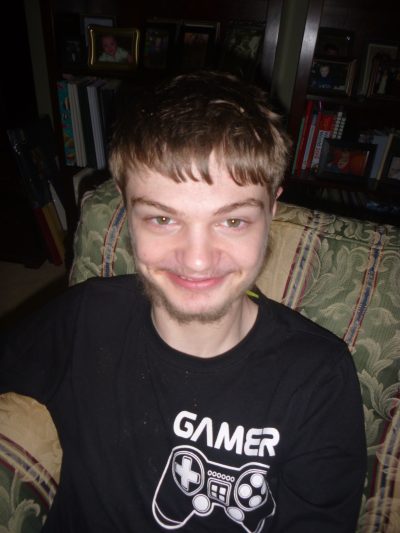 The words “I promise you” set in ink.

As a nineteen year veteran autism mom I can tell you that most of the time, this is true. I’ve now met dozens of autistic children and their parents, and I can honestly say in only one case have I not seen things get better, seen a child turn into an adult without any semblance of joy in his life.

But that is not to say there are not constant challenges along the way.

I’ve often said this- autism is like wacamole. When you conquer one problem, often another one pops up. I also say that sometimes autism is cyclical. Back in the day when Justin was four we tried to potty train him, and it was an unmitigated disaster. We tried six months later and eventually we met with success. He did great for years, and now there are issues again that we hope we’ll once more conquer.

I know it will take patience and time, just like it did sixteen years ago.

I think it’s important for parents to know that as your child grows most likely issues will continue to occur, and sometimes things you thought were in the books come back for a visit. We were blindsided five years ago when Justin developed tic disorder, including horrible body movements that it took seven doctors in almost as many states to diagnose. We were fortunately able to alleviate many of his symptoms with an increase in a medication he was already on, but I will tell you those months were harrowing for him and our family. There have been lasting repercussions, and we have had to adjust to our new normal with him- loss of the little speech he had, loss of some of his affectionate nature, the smiles that were so frequent.

Adjustment has been difficult for all.

But still, Justin has come through this and so has his family. I have a nineteen-year-old severely autistic non-verbal son who still seems to be mostly happy with his life, who we can take many places in the community and is able to entertain himself at home most of the time. He eats fairly well, and is a great sleeper.

He still out of the blue grabs me and plants a big kiss on me, looking into my eyes and grinning.

I just think as a parent I am better when I am prepared, and it’s good to know that things can happen.

It’s also good to know that often, it turns out alright.