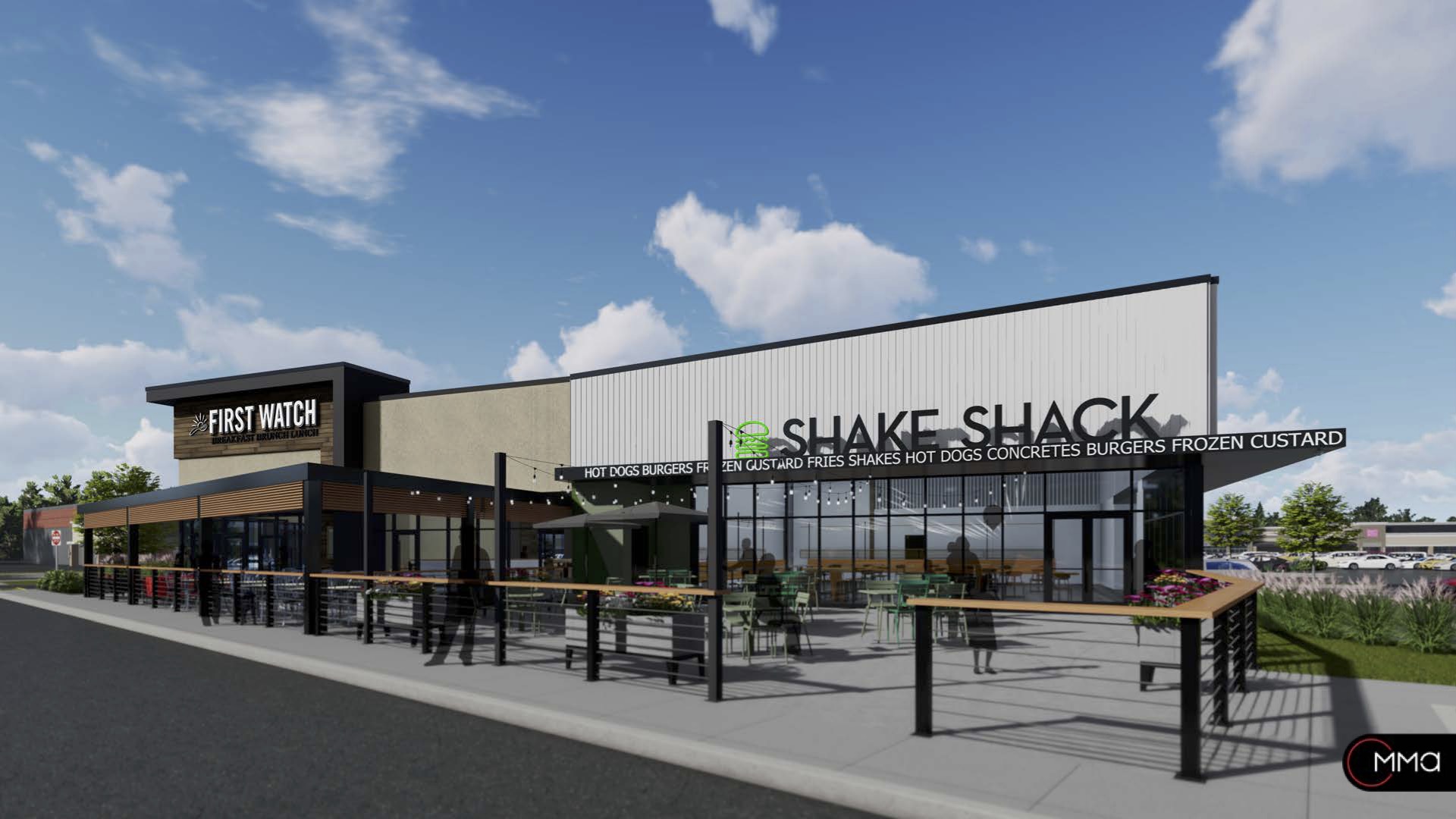 The Brick Township Zoning Board of Adjustment on Wednesday night rejected an application by the owners of Brick Town Plaza (commonly known as the ShopRite-Kohl’s plaza) to demolish a bank building and build two restaurants in its place.

The application by Urban Edge Properties largely expanded on a previous application, approved by the board in 2020, that allowed for the demolition of a closed Santander bank branch and the construction of a building that would house one or two restaurants. The new plan expanded the building by about 300 square feet and added outdoor seating areas and a drive-through lane for the Shake Shack.


First Watch is a chain of casual restaurants based in Bradenton, Fla. It serves breakfast and lunch platters featuring items such as avocado toast, smoked salmon eggs benedict, farm stand breakfast tacos, lemon ricotta pancakes, and a fresh juice bar. The restaurant takes its name from the first work shift aboard a ship, as First Watch restaurants are open from 7 a.m. to 2:30 p.m. Its competitors include Turning Point, which also has a location in Brick. 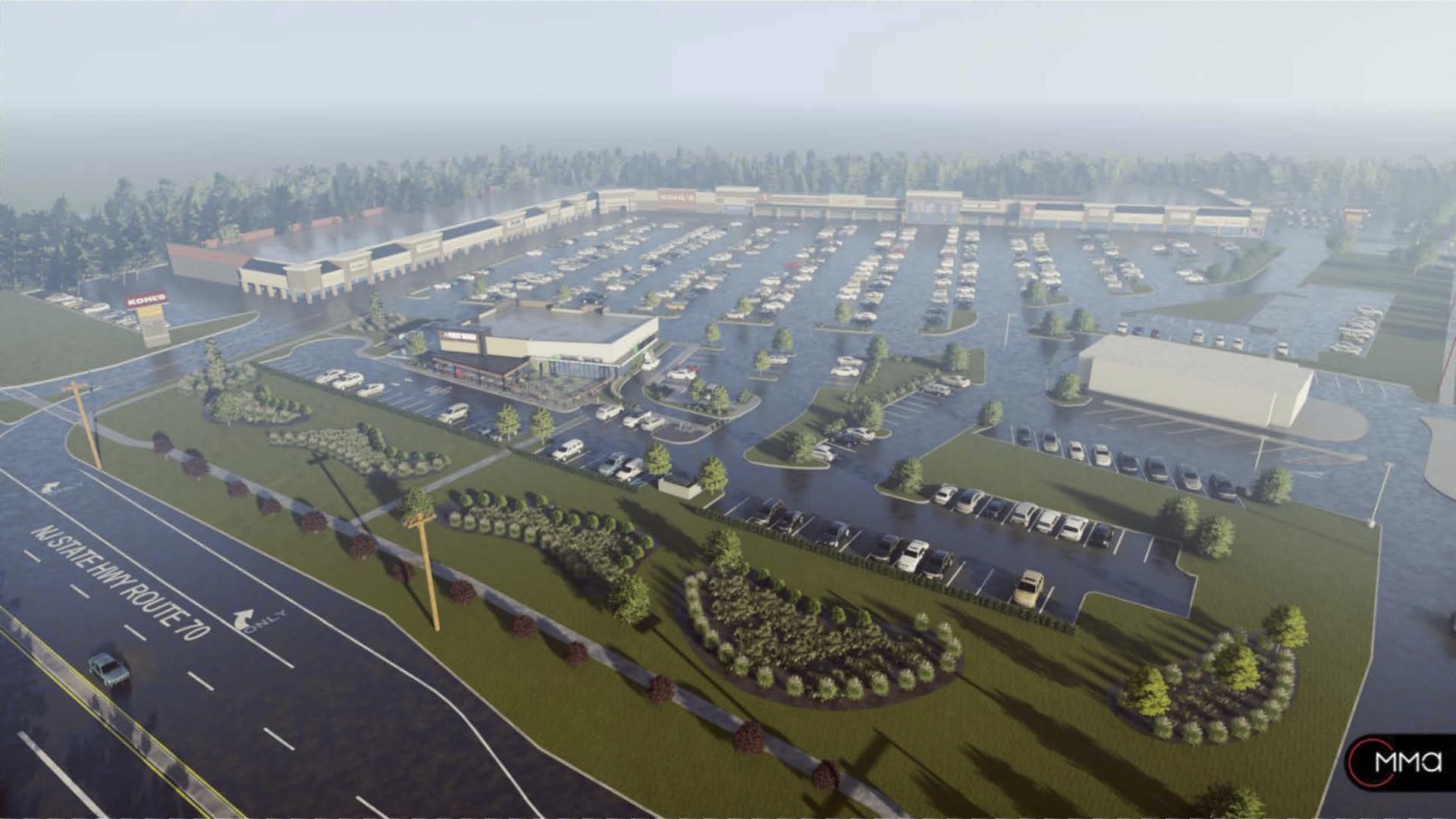 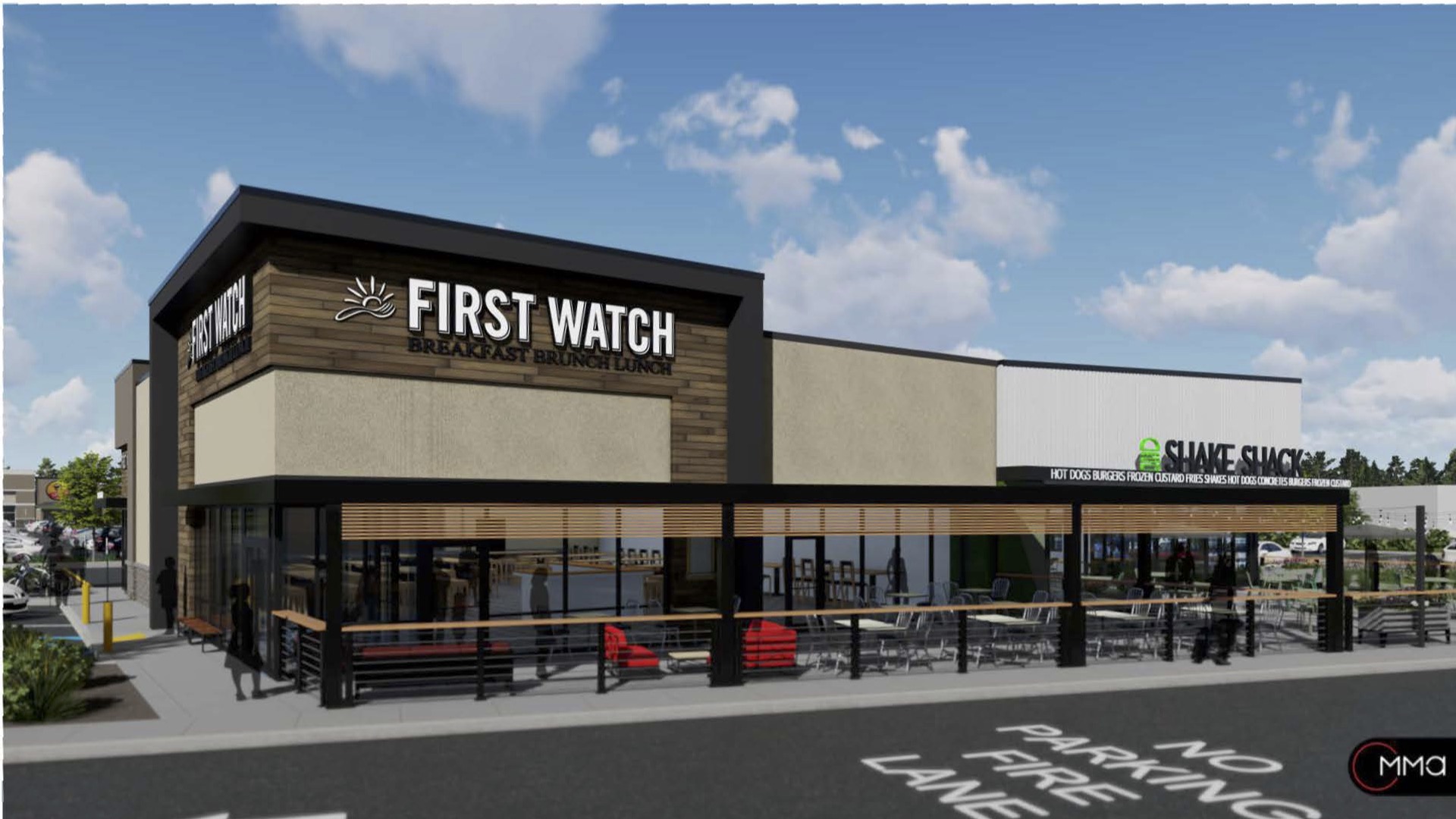 The board ultimately rejected the application in a 5-1 vote after about two hours of testimony, during which traffic flow in the notoriously crowded shopping center was discussed at length. At issue was the drive-through for Shake Shack, which representatives from the company testified would not function as similar operations traditionally have in the past. Under Shake Shack’s system, orders would be placed and paid-for using a smartphone app, then customers would go to the drive-through lane to pick up their purchase after receiving a text notification.

“You have to order online, you cannot pay at the window, so this is a streamlined process,” said Scott Kennel, a traffic engineer hired by Urban Edge who relayed his own experience using a Shake Shack drive-through in Pennsylvania. “After about eight minutes, I received a text message saying my order was ready. It took about 50 to 60 seconds to pick it up.”

Before the drive-through issue was broached, the shopping center’s parking lot, which has been the site of numerous accidents over the years, was addressed by Township Planner Tara Paxton. After the outdoor dining areas were proposed, Paxton suggested the board require bollards to protect customers from errant vehicles. Urban Edge’s representatives agreed immediately, setting aside the issue, but could not overcome concerns over the traffic tie-ups that could be generated by potential drive-through lines.

“I’ve seen Chick-Fil-A, what’s going on there, and I’m scared that it’s going to be a similar situation,” said board member Eileen Della Volle.

The township’s Chick-Fil-A restaurant, located on a pad site in the Lowe’s Home Improvement parking lot, routinely wraps around the building, with vehicles blocking lanes and cutting off access to handicap parking spaces.

“Chick-Fil-A is a phenomenon upon themselves,” said Kennel. “At Shake Shack, these are all made-to-order, and it’s referred to as a fast-casual operation. It is not nearly an intensive type of use” as a traditional fast food chain. 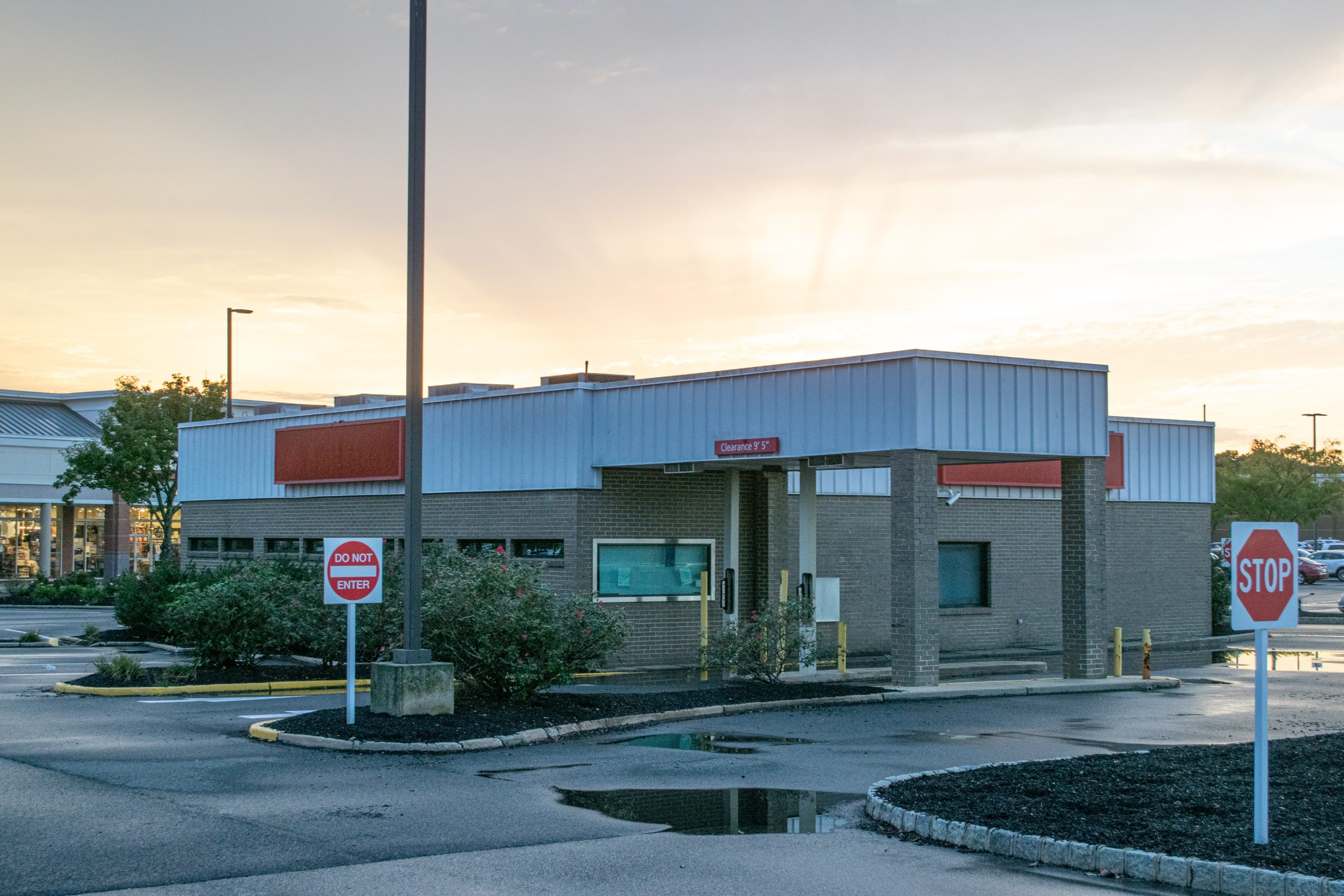 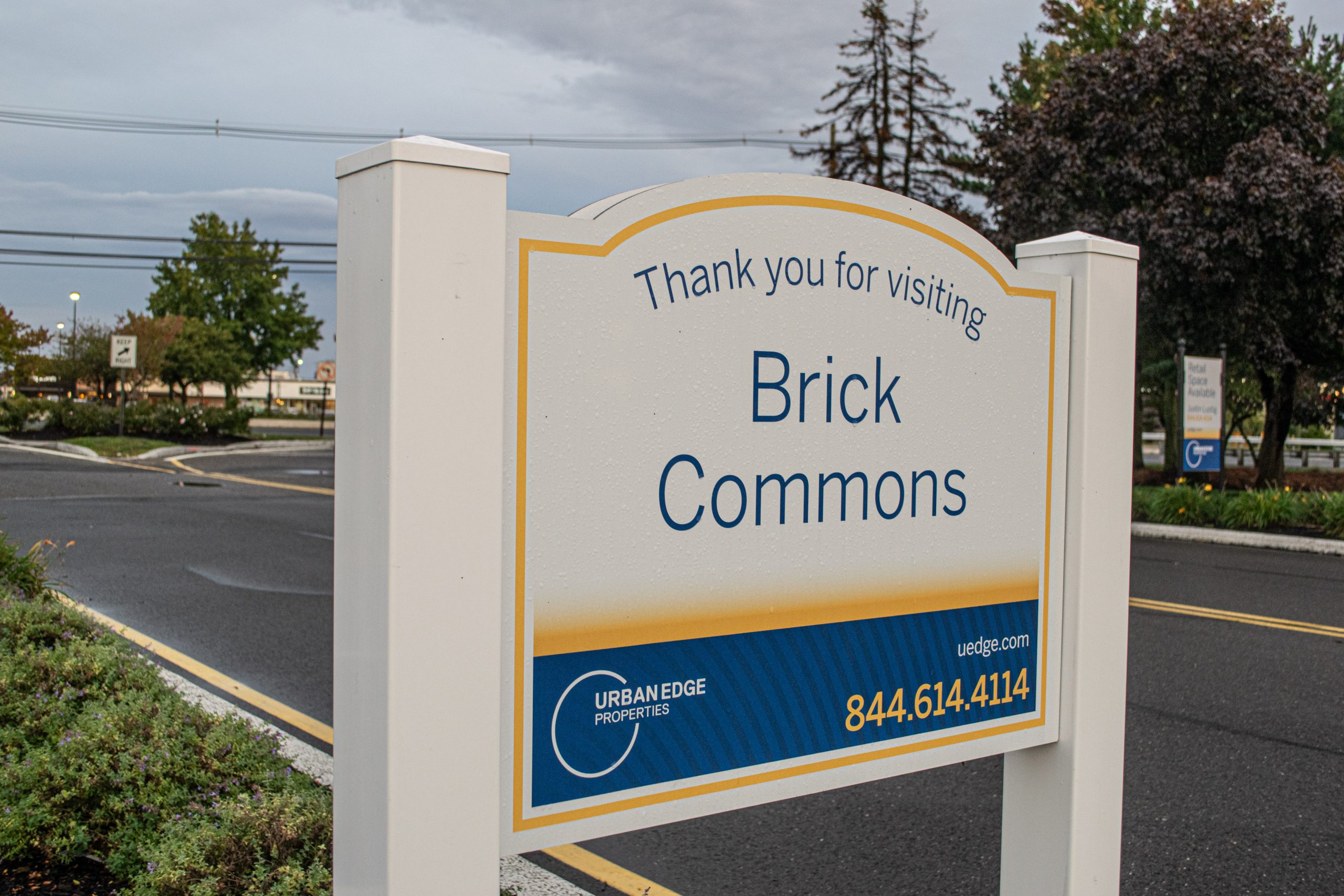 “The curb appeal of the building will certainly upgrade the appearance of the [shopping] center,” she told board members.

Board Chairman David Chadwick represented the sole vote opposing the denial of the application.

The future of the project remains unclear, as the 2020 approval remains in place, according to Board Attorney Ronald Cucchiaro. That approval permits two adjoined restaurants – one 3,200 square feet and the other 3,800 square feet – to replace the bank building. Legally, the restaurants would be permitted to be constructed, however they would be required to conform to the previous specifications, which may not comport with corporate sizing and layouts – nor would the drive-through or outdoor seating areas be permitted.

In the past, developers whose applications were denied have occasionally returned with tweaked proposals aimed at overcoming concerns voiced by board members.